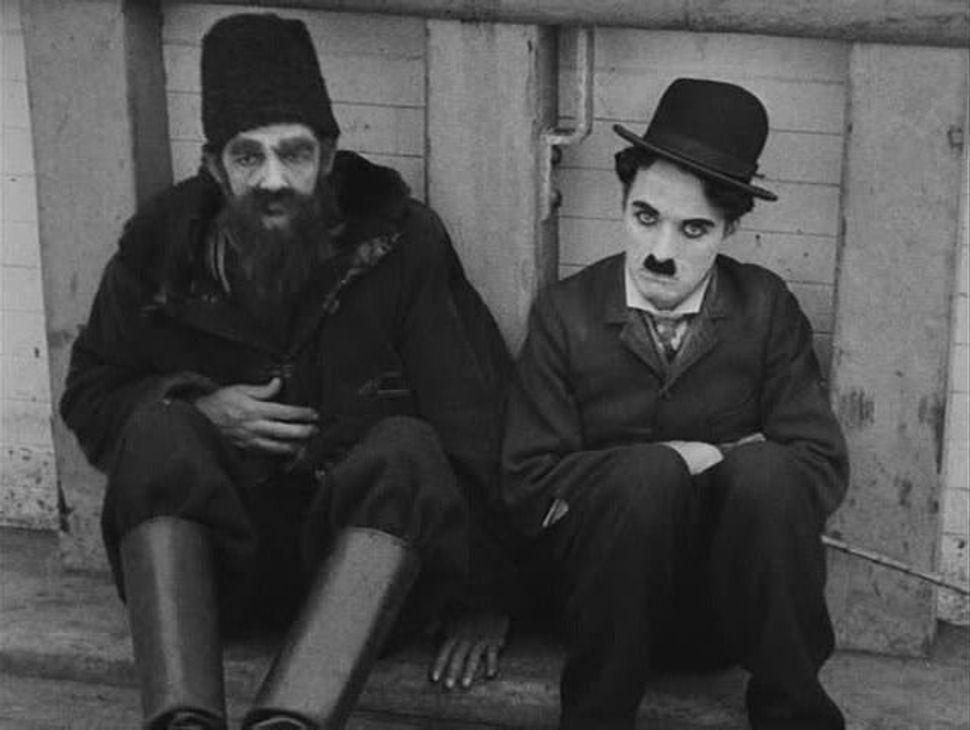 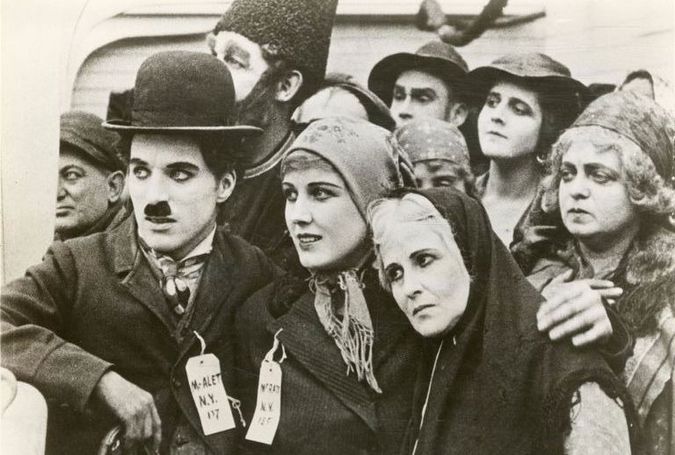 Hopeful individuals and families cross an ocean, only to arrive in a strange country where, still culturally and financially at sea, they scrape by dint of their wiles and compassion for one another. Yes, Charlie Chaplin’s 1917 short film “The Immigrant” presents a romanticized caricature of the immigrant experience. Still, in a time when the United States is internally torn over its attitude towards immigrants, that caricature is worth revisiting.

The film follows Chaplin, who was born 130 years ago today, as an immigrant, the Tramp, first on a steamer heading towards the United States, then in a sequence of culinary and romantic misadventure with an unnamed immigrant woman, whom he initially met on the ship, played by Edna Purviance. The duo lose each other once ashore, only to meet again in a restaurant where, unable to pay for their meal, they find themselves at the mercy of an angry, exuberantly-eyebrowed waiter. In the end, of course, they shimmy out of the scrape, and impulsively run off to get married. (Well, Chaplin runs; Purviance, with a twinkle in her eye, comes kicking and screaming.)

In all its good will, the film still manages to question a number of stereotypes of immigrants. Are they shiftless ne’er do-wells or well-intentioned but misunderstood? (Hint: it’s the latter.) Do they arrive intending to sow social mischief, or in search of a new life, the procurement of which will, inevitably, result in some gently stepped-upon toes? (Also the latter.) Most importantly, the film gently reminds audiences of the profound benefit incurred by accepting immigrants: Without them, for instance, we would never have experienced the defining cultural influence of the British-born Chaplin himself.

So for a break from the news — and a reminder that welcoming borders do not, of a necessity, invite negative societal upheaval — watch Chaplin’s “The Immigrant.”