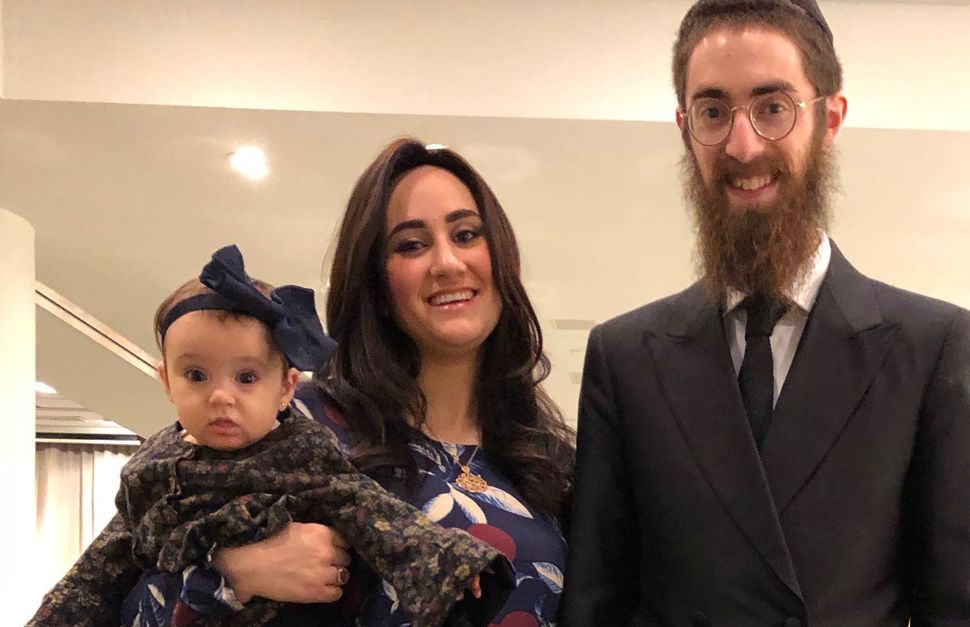 On the face of it, this year’s Passover in Reykjavik, Iceland resembled last year’s celebration. Both were held in a downtown hotel meeting room set with a dozen long tables. And both had relatively casual atmospheres, featuring bottled water, plastic silverware and bronze and white paper seder plates.

But the two holidays couldn’t have been more different.

Instead, rabbis flying in for Passover and other holidays has been the norm in Reykjavik. From 2011 until 2013, Iceland’s go-to drop-in rabbi was a young Chabad Jew named Berel Pewzner; after he accepted a posting as a shliach (emissary) at a Chabad House in the Cayman Islands, his brother, Naftoli, took his place for the next four years. In 2018 he was replaced by yet another Chabad rabbi, Avi Feldman, a 27-year-old from Crown Heights who flew in for the late-night service. (April marks the end of winter in Iceland; the sun remains above the horizon until a little after ten in the evening.)

Feldman, it turned out, was ready for the long run. Last summer, he, his wife Mushky and their three young children moved into a condominium on the west side of Reykjavik, within sight of the harbor. The rabbi became an Icelander.

He soon began hosting Shabbat dinners as the new spiritual leader of Iceland’s small community of Jews, whose number is estimated at between 150 and 200.

Before the first 2019 seder, which took place on a Friday evening, the two older Feldman daughters, Chana and Batsheva, scampered outside the meeting room in masks depicting the Biblical plagues visited upon Egypt. I helped Chana adjust her green mask, which bore the label “Frog,” while her father warmed soup over a hot plate in a makeshift food-prep area.

When I asked Feldman how this year’s seder felt different than his trial run last spring, the word he focused on was “permanence.”

“Last year we were just getting a sense of what it was like to be Jewish in Iceland,” he said. “We were visitors, not genuinely part of the community. Now we’re here for good — we’ll raise our kids here, spend the rest of our lives here.”

Many of the seder attendees were longstanding members of the community, second- and third-generation Icelanders who were for the very first time raising their glasses of grape juice — Kosher grape juice can’t be found in Iceland, so the Feldmans imported it along with matzo and other supplies — at the behest of a rabbi who actually lives in their country year-round.

Others among the hundred or so celebrants just happened to be in Reykjavik during Passover, and had more or less dropped in.

Some weren’t even Jewish. The well-dressed woman to my right was a Christian Icelander who happened to be married to the Honorary Consul of Israel in Iceland, Páll Arnór Pálsson. He’d been the Honorary Consul for 25 years, and he himself wasn’t Jewish. I struck up a conversation with a woman across from me, who turned out to have moved to Reykjavik from Barcelona after marrying an Icelander. She wasn’t Jewish, but her husband, in the seat next to her, belted out every song in the Haggadah in an impressive basso profundo. Later, when we conversed, he explained that though he’d been born a Jew, he now self-identified as agnostic.

High school junior Rebecca Dubrovsky, on the other hand, was a Jew from a Reform congregation just outside of Boston. In Iceland on a school trip not related to Judaism, it suddenly occurred to her while in Reykjavik that Passover was just around the corner. After googling “Jewish community Iceland,” she emailed Rabbi Feldman.

Liron and Yael, a married couple from Tel Aviv, along with Yael’s sister Anat and their friend Gal, also discovered the seder via the Internet.. In Iceland for vacation, the couple were veterans of seders and Shabbats at various far-flung Chabad Houses: Cancun, Bratislava, Panama City, San Cristobal. But they’d never been at a Chabad House so far north. (And while there may well be seders farther to the north than Reykjavik, there is in fact no Chabad House closer to the North Pole.)

The eclecticism of the seder’s attendees reflects a community just beginning to find its footing as a permanent feature in Iceland’s social and religious culture, in which a critical demographic fact is that, in the eyes of Iceland’s government, Jews are for all intents and purposes nonexistent. There are Icelanders who identify as Jews, but when they declare their “religious or life stance affiliation” in Iceland’s National Registry, as all Iceland’s citizens must, Judaism isn’t listed as a recognized religion. Most Icelandic Jews can only sigh and make the least bad choice: They check off the “unaffiliated” box.

If Feldman has his way, though, that will soon change. The community has never had a spiritual leader with the motivation, resources or staying power to confront the legal and procedural challenges involved in adding Judaism to the Registry. If Feldman manages to get Judaism included as an option, it will assume its place alongside Lutheranism — the constitutionally-designated state church — and other Christian denominations, as well as non-Christian religions such as Buddhism and Ásatrú (also known as Norse heathenism).

That will create a notable demographic shift in Iceland if, as they’re entitled to do, Feldman’s flock — small in absolute numbers but, as a fraction of Iceland’s total population, proportionally similar in size to countries like Italy and Austria — revoke their current status in the Registry and officially reaffiliate as Jews.

After the seder ended, Feldman chatted with visitors and members of the community who had, less than a year ago, virtually been strangers to him. It was nearly midnight. “Next year, not in a hotel room,” he jested, referencing the traditional Passover phrase about Jerusalem. He beamed with an optimism befitting the first rabbi in recent history to preside over a seder in Reykjavik and not fly out the next day.