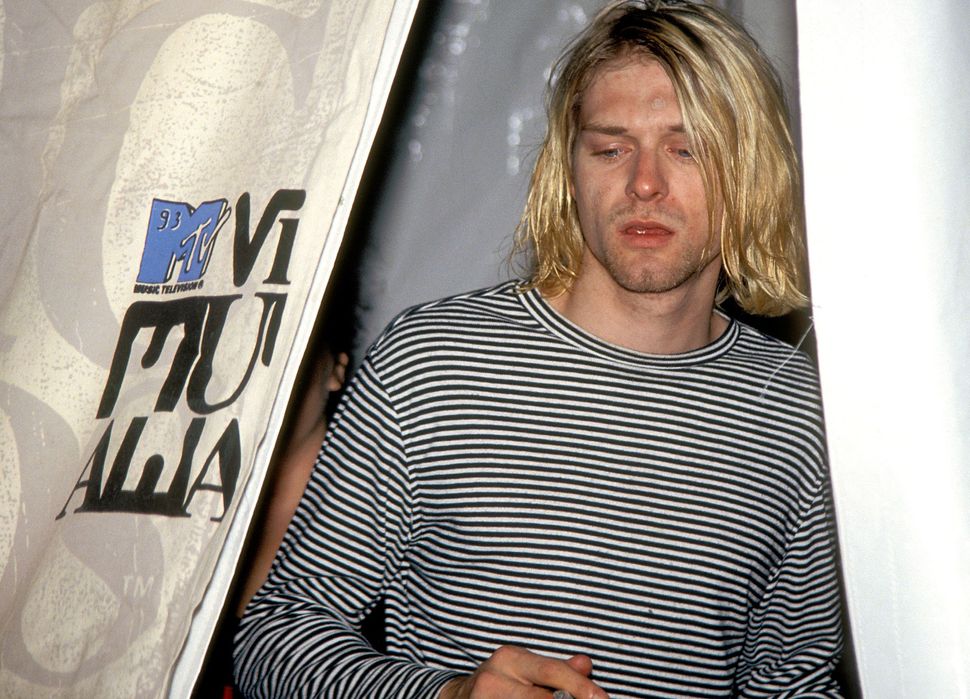 Kurt Cobain — guitarist and frontman for the grunge-rock band Nirvana, one of the most influential rock groups of all time — took his own life at age 27, 25 years ago this month.

Cobain, who had an abusive childhood, suffered from chronic stomach pain, lifelong depression, drug addiction and a family legacy of suicide. And he found himself unable to deal with the momentous fame and success that followed in the wake of Nirvana’s second album, “Nevermind” (1991), and its worldwide hit “Smells Like Teen Spirit,” in which he sang, “I feel stupid and contagious / Here we are now, entertain us.”

Every aspect of Cobain’s life and career has since been dug up, gone over, and incessantly filtered through critical prisms. But in his revealing and sensitive new memoir, “Serving the Servant: Remembering Kurt Cobain” (Ecco), Nirvana’s manager Danny Goldberg delivers a new anecdote that reveals a new side to Cobain’s well of empathy.

In 1992, concerned about Cobain’s heroin abuse, Goldberg and others set about getting him and his wife, indie-rock icon Courtney Love, into rehab. After a few false starts, Goldberg called Buddy Arnold, born Arnold Buddy Grishaver in the Bronx in 1926. A former jazz saxophonist and member of the Glenn Miller Orchestra, Arnold had become a drug counselor specializing in helping musicians get straight after decades of his own heroin addiction, which had resulted in 34 narcotics arrests.

Although ultimately his drug addiction would be his undoing, Cobain instantly hit it off with Arnold. As Goldberg writes, “Even though he was several generations older than Kurt, Buddy was palpably different from conventional authority figures. He never name-dropped and had exactly the kind of unpretentious sweetness that got through to Kurt.”

Arnold apparently shared more than just his sweetness with Cobain. He exposed Cobain, born and raised in Aberdeen, Washington, to the language of a certain culture from New York City, perhaps for the first time in the younger musician’s life. “Kurt got a kick out of Arnold’s stories about jazz legends and his old-fashioned Jewish humor,” writes Goldberg. One day Cobain told Goldberg, “You know, you’re very heymish,” using the Yiddish word for “homey” or “folksy.” Cobain “then cracked up, explaining that Buddy had told him to say that to me.”

If only Cobain had been introduced a year earlier to the word, perhaps that anthem of grunge-rock would have gone like this: “I feel stupid and so heymish; here we are now, entertain us.”

Seth Rogovoy is a contributing editor at the Forward. The author of “Bob Dylan: Prophet Mystic Poet” (Scribner, 2009), he is writing a book about George Harrison.