It Doesn’t Matter How ‘Punk’ Ivanka Trump Was, Kurt Cobain Would Have Hated Her 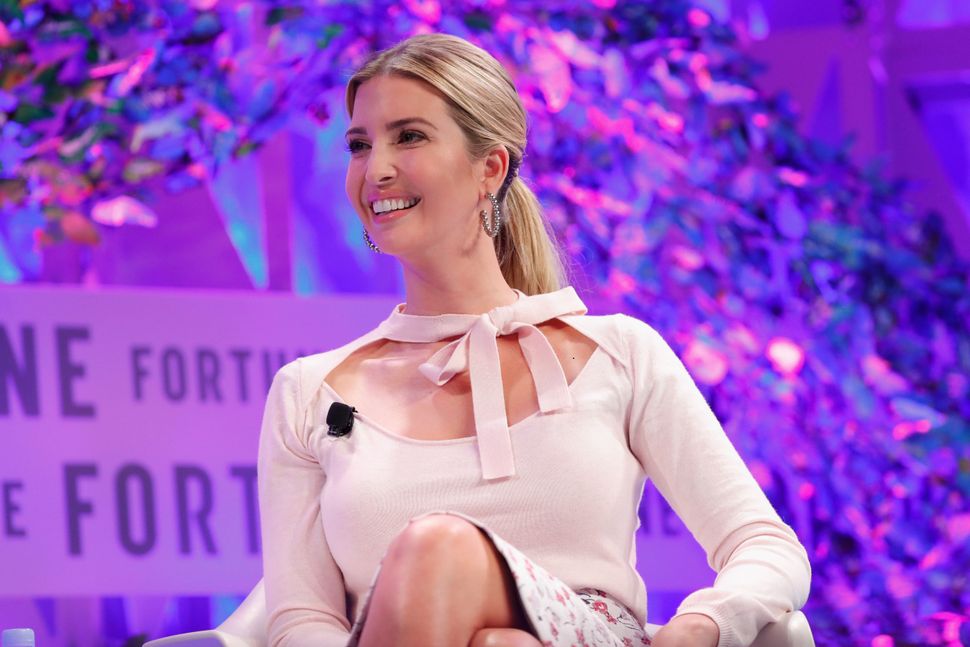 “At this point I have a request for our fans. If any of you in any way hate homosexuals, people of different color, or women, please do this one favor for us — leave us the f*** alone! Don’t come to our shows and don’t buy our records.” — Kurt Cobain

If I had known that among my responsibilities as a pop culture journalist would be to construct the above sentence, I probably would have chosen a different career. As it were, here I am and here we are: a democracy in trouble, a nation on the brink of nuclear war, a country that cares about Ivanka Trump’s “punk-phase.”

A description of Ivanka’s teenage punk tourism appears in “Raising Trump,” Ivana Trump’s memoir about what it was like to raise the three Trump children. In one section, Ivanka Trump contributes to the memoir her own anecdotes about dying her hair blue and wearing flannel shirts. But by far the most disturbing revelation is a paragraph detailing her reaction to the death of punk legend Kurt Cobain.

“[When] Kurt Cobain, the singer, songwriter, and guitarist for Nirvana, committed suicide … it was a shock and I was distraught. Mom had no idea who Kurt Cobain was, and she sympathized only so much. After twenty-four hours of my crying inconsolably in my room, alone—major melodrama—Mom had to pull me out of there to go down to dinner.”

Kurt Cobain is a musical legend. Throughout his career, he was vocally anti-sexist, anti-racist, pro-choice, and an ally to the gay community during a time when few celebrities were. He was notoriously uncomfortable with fame and wealth and lived under a bridge during parts of his youth.

Ivanka Trump is the daughter and right hand woman to the single most misogynistic, openly racist American president in modern history. Despite having played an integral role in Donald Trump’s presidential campaign, she refuses to speak out against his sexist, homophobic words and actions. At best, she is a coward. At worst, she is complicit. She has chosen what side of history she intends to be on — and it is not the same side as Kurt Cobain.

Ivanka Trump does not know what it means to be a punk. She of the once–blue hair and extra coat of eyeliner does not appreciate the political and social ideologies behind the punk subculture: anarchy, socialism, anti-racism, environmentalism — but above all, a deep and fervent commitment to railing against the status quo.

Ivanka Trump is an ally only to the one percent. She is a woman unwilling to inconvenience herself in literally any way for the most marginalized groups. She is the status quo in its gaudiest form.

And Kurt Cobain surely would have wanted nothing to do with her.

It Doesn’t Matter How ‘Punk’ Ivanka Trump Was, Kurt Cobain Would Have Hated Her