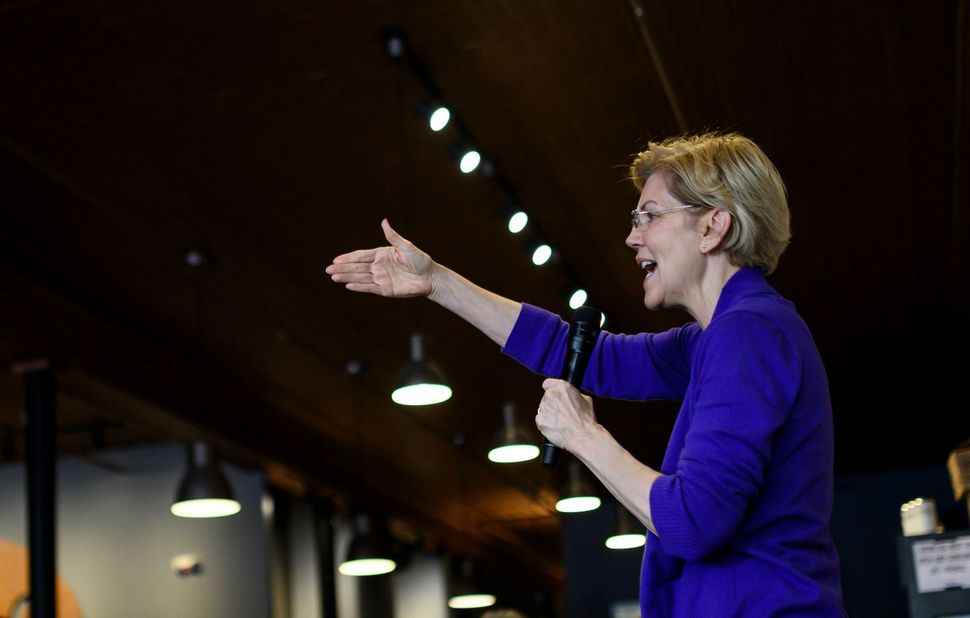 Democratic presidential candidate Sen. Elizabeth Warren (D-MA) speaks to a crowd during a campaign stop at Fat Hill Brewing on May 4, 2019. Image by Stephen Maturen/Getty Images

Warren, a former law professor at Harvard, told CNN of her position through an aide on Wednesday. The Sackler family are both the majority owners of Purdue Pharma, which manufactures the opioid OxyContin, and prominent patrons of the arts. At Harvard, the Sacklers names are on several buildings, including the Arthur M. Sackler Museum.

The Sacklers are currently embroiled in a number of state lawsuits over allegations that they used unethical marketing to promote OxyContin, and facing public criticism for profiting off the opioid epidemic. Due to this scrutiny, art institutions including London’s Tate museums and the National Portrait Gallery and the Solomon R. Guggenheim Museum in New York have turned away gifts from the family.

Warren’s support for scrubbing the Sacklers from Harvard comes after she published a post on Medium, also on Wednesday, in which she unveiled a plan to fight opioid addiction with a proposed budget of $100 billion over 10 years. In the post, she criticized the pharmaceutical dynasty.

“The Sacklers made their money pushing OxyContin. Pushing it even as study after study demonstrated its addictive potential,” Warren wrote. “They tried to increase their profits by opening a network of for-profit recovery centers to treat the very same health crisis they were fueling.”

In 2018, when Warren defended her Senate seat, her campaign received $4,500 in donations from members of the Sackler family, CNN reported. Warren’s aide told CNN that that money had already been donated to charities but did not specify which charities, or which members of the family the donations came from.