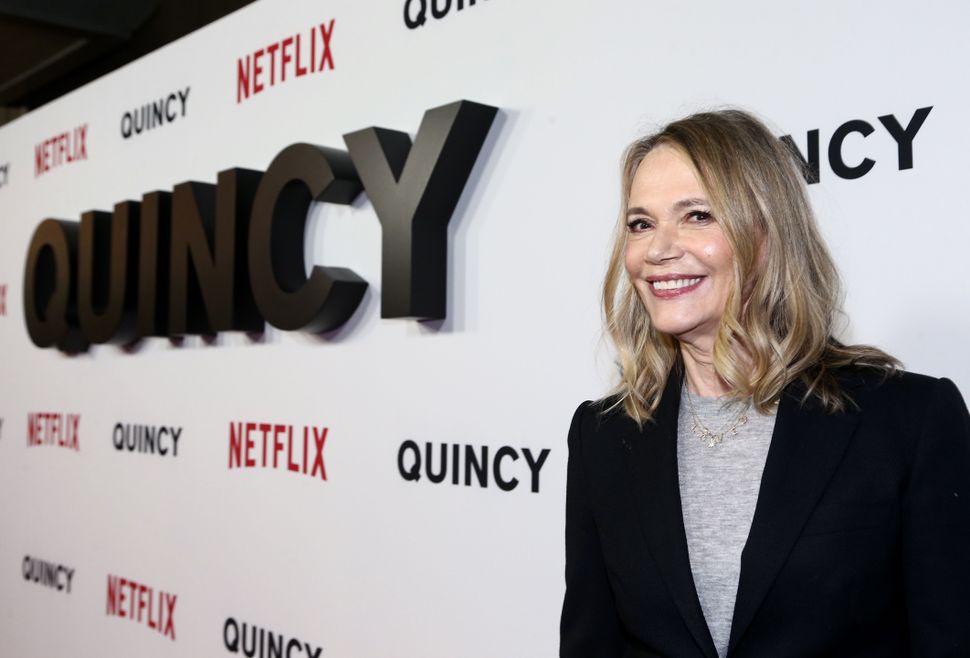 Peggy Lipton, the star of the late boundary-pushing 1960s series “The Mod Squad” and the 1990s cult hit “Twin Peaks” died Saturday at the age of 72.

“We are heartbroken that our beloved mother passed away from cancer today,” her daughters, the actresses Kidada and Rashida Jones said in a statement to the LA Times. “We feel so lucky for every moment we spent with her. We can’t put all of our feelings into words right now but we will say: Peggy was, and will always be our beacon of light, both in this world and beyond. She will always be a part of us.”

Lipton was born Margaret Ann Lipton to Jewish parents Harold Lipton and Rita Benson on August 30, 1946. In her teenage years, she began modeling and quickly made the transition to acting, appearing on the sitcoms “The John Forsythe Show” and “Bewitched” as well as “The Alfred Hitchcock Hour.”

In 1968, Lipton broke through in the starring role of hippie cop Julie Barnes on “The Mod Squad.”

The show was revolutionary for its diverse cast and embrace of the flower child counterculture as well as its frank approach to social issues like abortion, police brutality and the youth-led opposition to the war in Vietnam. Lipton was nominated for four Emmy Awards and won a 1971 Golden Globe for Best Actress, and her wardrobe made her a fashion touchstone through the late-‘60s into the ‘70s. But Lipton didn’t always welcome the spotlight or view herself as a trend-setter.

“Fame really drove me into my house. I was very paranoid. I didn’t like going out. I had no idea how to be comfortable with the press,” Lipton told the LA Times in 1993. “I was very young. It was really hard for me.”

In the years following the five-season run of “The Mod Squad,” Lipton largely retired from public life to raise her family with record producer Quincy Jones. (Lipton was no stranger to the world of music, having recorded hit covers of “Stoney End” by Laura Nyro and “Wear Your Love Like Heaven” by Donovan.)

Her marriage to Jones made the couple a target of racist outrage, including from her own mother, Lipton recorded in her 2005 memoir, “Breathing Out.”

Following her 1989 divorce from Jones, Lipton became known to a new generation in the part of small-town diner owner Norma Jennings on the Mark Frost-David Lynch series “Twin Peaks.”

“It was very scary,” Lipton told The LA Times in 1993 of her return to acting. “I had become so insulated in my world as a mother, that I didn’t know how to pick up the phone and call anybody to put myself out there.”

Lipton had the opportunity to reprise her role as Norma in the 2017 “Twin Peaks” revival and even appeared as herself in a Verizon commercial with her daughter Rashida in 2015 – though some had trouble believing the always radiant Lipton could actually be old enough to be her mother.