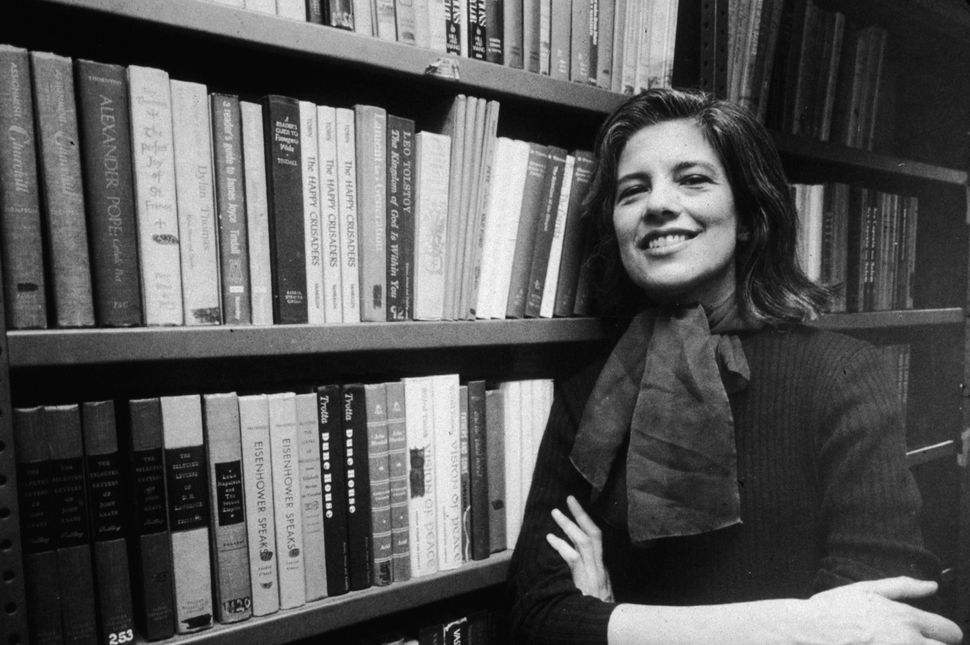 A new biography of Susan Sontag reveals that the late author’s first published book may well have been released under another name: That of her ex-husband.

The sociologist Philip Rieff, whom Sontag married in 1950, launched his career with his 1959 book “Freud: The Mind of the Moralist.” (The book was released in the same year that Sontag and Rieff’s marriage ended.) While Sontag has long been known to have had a hand in the book’s composition, Benjamin Moser, author of the forthcoming biography “Sontag: Her Life,” found compelling evidence that she may in fact have been the book’s primary author.

“It had long been rumoured [sic] that Susan Sontag was the true author of her husband’s great book, ‘Freud: The Mind of the Moralist,’” Moser said in a statement to The Guardian. “She married Philip Rieff when she was just 17; in the pictures she looks even younger. And the book is so sophisticated that it hardly seemed possible that she could be the true author. But in the course of my research, I discovered that she had indeed written it, only agreeing to sign it over during an acrimonious divorce, in order to keep her ex-husband from taking her child. ‘It was a blood sacrifice,’ a friend told me.”

Rieff didn’t entirely ignore Sontag’s contribution to the book. In early editions Sontag is given a “special thanks” in the preface under the name Susan Rieff. But by 1961, her name was removed from all subsequent editions as part of the couple’s divorce settlement. Rieff would go on to be listed as the book’s sole author, but through interviews and personal documents, Moser found evidence of that attribution being deceptive. Rieff “almost certainly did not actually write the book upon which his career was based,” Moser said.

Minda Rae Amiran, a friend of Sontag’s, told Moser that during the time of the book’s composition “Susan was spending every afternoon rewriting the whole thing from scratch.”

Further evidence comes from Sontag’s diaries, in which she wrote, in August of 1957, that she “continued to sort Freud materials, made notes, worked on some rough passages in Ch. 2.” Sontag also wrote to her mother to say she was “in third gear now on the book — working about 10 hours a day on it at least.” Not exactly the hours kept by a typical second reader.

In his book, Moser also publishes letters from Sontag’s friend, the sociologist Jacob Taubes, which indicate that Sontag’s considerable work on the book was no secret within her circle.

“Did you, by the way, relinquish all rights on the Freud? It would be a crime,” Taubes wrote to Sontag in 1958. When Sontag confirmed that indeed she had, he replied despondent: “I am without consolation … You cannot give your intellectual contribution to another person … It could be the ruin of Philip if he dared to come out shamelessly without your signature.”

According to The Guardian, Moser does clarify in “Sontag” that “Freud: The Mind of the Moralist” was based to some extent on Rieff’s research and notes. Moser also reported that Rieff extended an olive branch to Sontag decades after the book was released. According to Moser, Rieff sent a copy of the book to Sontag 40 years after their divorce, which was inscribed “Susan, Love of my life, mother of my son, co-author of this book: forgive me. Please. Philip.”