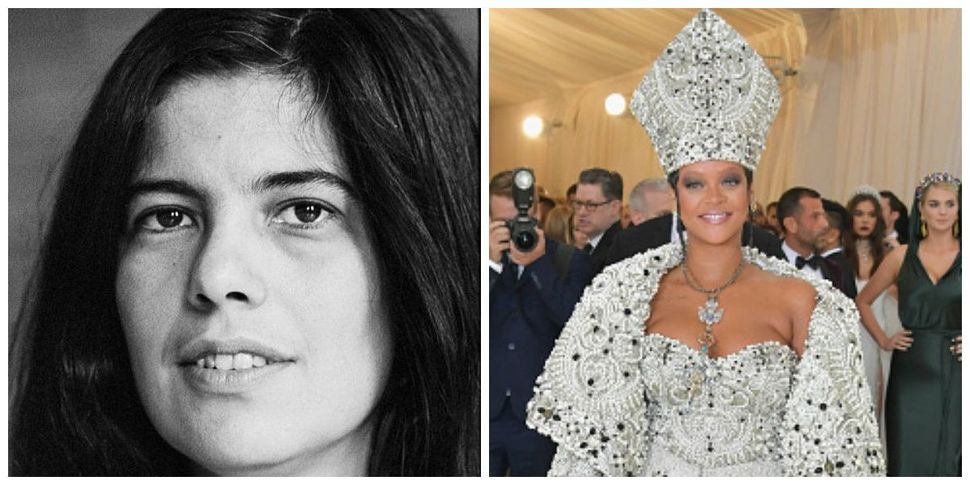 It’s a wonderful time for fashion mavens, fans of 20th century cultural theory, and anyone who knows that line in “Rent” that goes “To Sontag! To Sondheim! To anything taboo!”

For indeed, the .001% have spoken, and the theme of this year’s Met Gala will be none other than the seminal 1964 essay by Jewish intellectual Susan Sontag entitled “Camp: Notes on Fashion.”

As a dummy in a sweat-stained Gap button-down, this has no meaning to me. But for those who worship at the altar of couture or the altea of Camille Paglia, this is both major news and a strange opportunity for those two to intermingle. The gala will correspond to the Metropolitan Museum’s Costume Institute’s spring 2019 exhibition, and both will take their inspiration from the Sontag essay, which famously interrogated and codified the notion of “Camp,” which according to Sontag is, in essence, “love of the unnatural: of artifice and exaggeration.”

The hosts certainly seem exaggerated — the list of co-chairs comprises Harry Styles, the creative director of Gucci, Serena Williams, Lady Gaga, and Anna Wintour. It’s a group of such iconic lone superstars that one imagines they could hardly get it together to write parody song or play a game of dodgeball, but such are the demands of “Camp.”

Still confused? Examples Sontag gives of “Camp” in her essay include “Swan Lake,” “Tiffany lamps,” and “Bellini’s operas” — all examples that, like the Met gala, offer a warm embrace to the ludicrously wealthy, and a rich view for those of us watching from home. Camp, says Sontag, like a McFlurry, “turns its back on the good-bad axis of ordinary aesthetic judgment.”

The irony of it all, if you ask this sloppily dressed theory novice, is that the notion of camp is inherently democratic, whereas the Met Gala is one of our most extravagant examples of elitism.

But enjoy peeping reality stars in clown-drag and Gucci on May 6. If you need the Schmooze, we’ll be over here singing “Rent.”