As Opioid Lawsuits Pile Up, Met Decides To Refuse Money From Sacklers 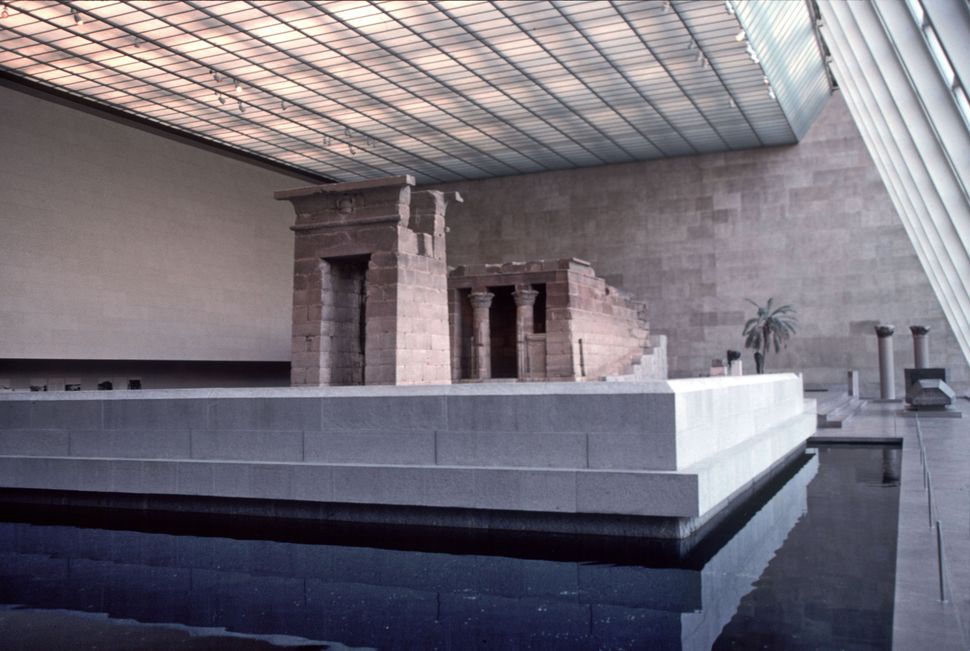 The Temple of Dendur at the Metropolitan Museum of Art’s Sackler Wing. Image by Getty/Allan Tannenbaum/Contributor

In a landmark development, New York’s Metropolitan Museum of Art, which has a decades-long connection to the Sackler family, the primary owners of Purdue Pharma, has decided to refuse future donations from family members connected to the business.

The move follows the Met’s previously announced plan to reconsider its donor policy after a Massachusetts court filing alleged that Purdue engaged in unethical business practices in distributing its painkiller OxyContin, including a Sackler-driven effort to blame the opioid crisis on victims. Now, The New York Times reports that the Met has revised its policy.

“The museum takes a position of gratitude and respect to those who support us, but on occasion, we feel it’s necessary to step away from gifts that are not in the public interest, or in our institution’s interest,” Daniel H. Weiss, the president of the Met told The Times, noting that the “suspension” only applied to those family members and foundations closely connected to Purdue Pharma.

The Sacklers are among the Met’s most visible donors; their namesake wing in the museum contains the ancient Egyptian Temple of Dendur, one of the museum’s most famous holdings. And the Met is only the latest museum to refuse gifts from the Sacklers.

In March, in the space of a few days, three major institutions distanced themselves from the Sacklers amid the family’s ongoing legal battles. On March 19, London’s National Portrait Gallery announced its choice, made in consultation with the Sacklers, to revoke a £1m grant the family pledged in 2016. On March 21, the Tate galleries in London announced that it would no longer take donations from the Sacklers. And a day after the Tate’s announcement, the Solomon R. Guggenheim Museum in New York, the site of a mass February “die-in” led by photographer Nan Goldin’s activist group P.A.I.N. Sackler, announced it would refuse further gifts from the family.

In a statement obtained by The Times, Sackler family members involved in the operations of Purdue Pharma said that “while the allegations against our family are false and unfair, we understand that accepting gifts at this time would put the Met in a difficult position.”

“We respect the Met and that is the last thing we would want to do,” the statement continued. “Our goal has always been to support the valuable work of such outstanding organizations, and we remain committed to doing so.”

Weiss told The Times that the decision to refuse gifts was made by the Met’s leadership with the agreement of the museum’s board. The board also decided to formalize the process by which proposals for named grants are reviewed.

At this time, the Met, which, according to The Times, received over $200,000 from Sackler family members in the last two decades, has no plans to rename the Sackler Wing.

As Opioid Lawsuits Pile Up, Met Decides To Refuse Money From Sacklers