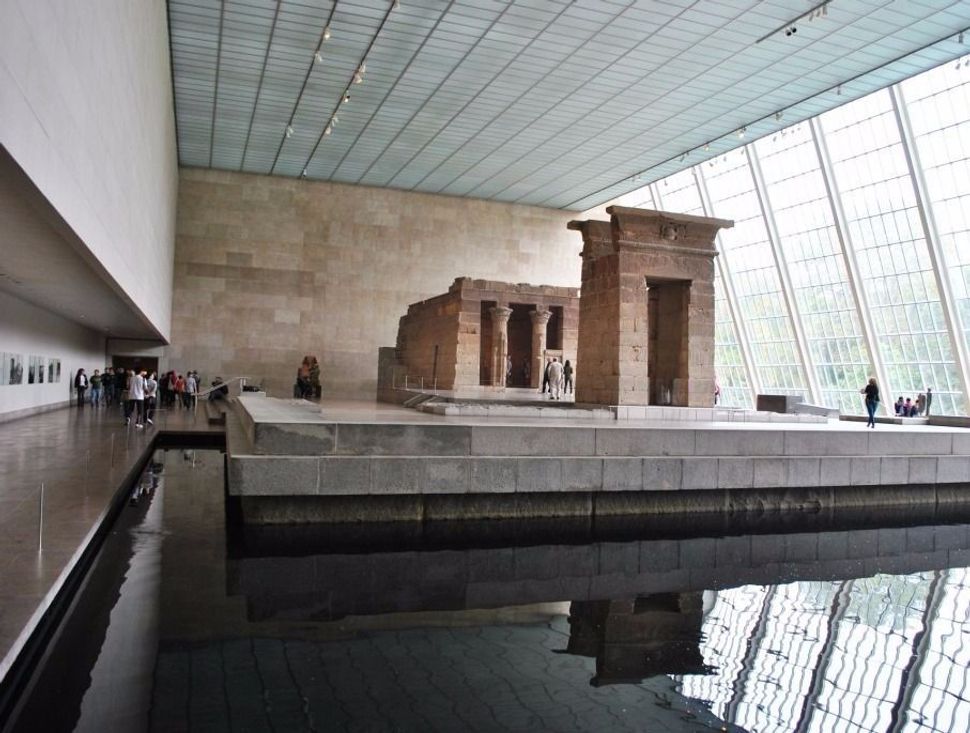 The Sackler Wing at the Metropolitan Museum of Art. Image by Elisa Rolle/Wikimedia Commons

Following a new complaint against Purdue Pharma brought by the State of Massachusetts, the Metropolitan Museum of Art is reviewing its gift acceptance policy.

The court filing, reported on by The New York Times last week, alleges that the Sackler family, the founders of Purdue Pharma and longtime donors to the Met, directed a misinformation campaign designed to pin the blame of OxyContin deaths on addicts and to encourage the drug’s over-prescription. Using internal documents, including emails, the 312-page filing includes the first evidence that links the Sacklers to marketing decisions behind OxyContin.

“The Sackler family has been connected with The Met for more than a half century,” Daniel Weiss, the museum’s president and CEO said in a statement. “The family is a large extended group and their support of The Met began decades before the opioid crisis. The Met is currently engaging in a further review of our detailed gift acceptance policies, and we will have more to report in due course.”

Purdue Pharma, and the Sacklers in particular, have been under scrutiny in the art world since early last year. Photographer Nan Goldin’s group PAIN Sackler, founded to draw attention to the family’s alleged involvement in the opioid epidemic, has turned its protest into performance art by staging “die-ins” at art institutions housing wings and collections bearing the Sackler family name.

In March of 2018, PAIN Sackler [went to the Met’s Sackler Wing](https://forward.com/culture/art/397187/nan-goldin-sackler-protests-the-met-meaning-for-philanthropy/0. There, near the Roman Period Egyptian Temple of Dendur, protestors lay on the ground and threw fake prescription bottles into the reflecting pool. The Sackler Wing was founded in 1978 with money from Purdue Pharma co-founders, brothers Raymond, Mortimer and Arthur Sackler, the last of whom died in 1987, eight years before OxyContin was developed.

“None of the charitable donations made by Arthur prior to his death, nor that I made on his behalf after his death, were funded by the production, distribution or sale of OxyContin or other revenue from Purdue Pharma. Period,” Jillian Sackler, Arthur Sackler’s widow said in a statement following the March protest The Art Newspaper reported.

Jillian Sackler and her children are not defendants in the Massachusetts lawsuit, but eight relatives and widows of Raymond and Mortimer Sackler are. In New York, where the Met is based, a separate, $500 million lawsuit claiming Purdue Pharma is partially responsible for the opioid crisis, names Sackler family members who were on the board of the company in the 1990s when OxyContin came on the market.

Among the defendants in both cases is Richard Sackler, Raymond’s son, who is alleged in the Massachusetts filing to have told sales representatives to advise doctors to prescribe the maximum dosage of OxyContin.

In a confidential email from 2001 cited in the complaint, Richard Sackler appeared to suggest a strategy to control the narrative of the drug amid growing of overdoses and deaths by blaming victims. “We have to hammer on abusers in every way possible,” Sackler wrote. “They are the culprits and the problem. They are reckless criminals.”