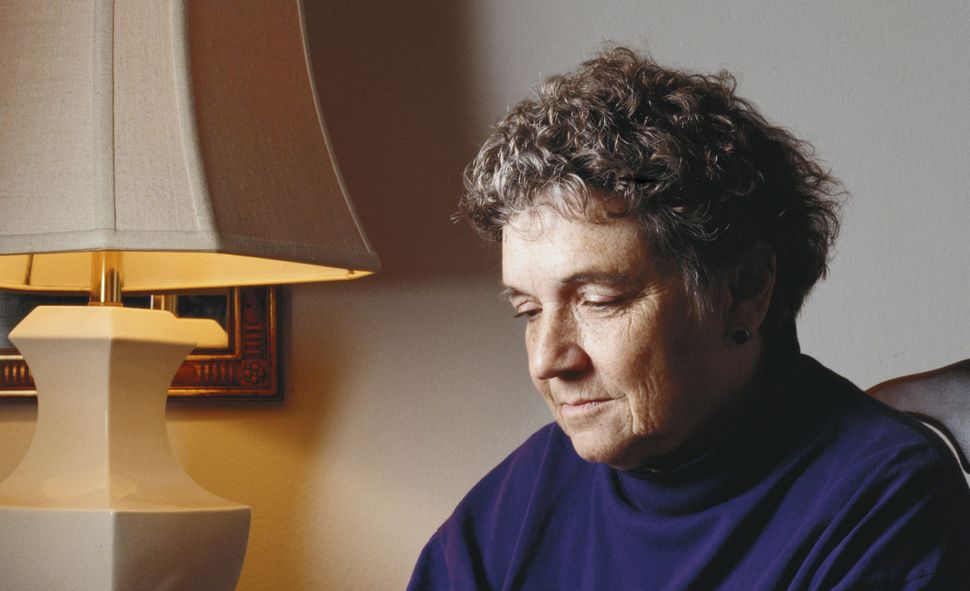 At some point in your life, you will likely hear the maxim that the personal is political. Afterward, you will look at the paraphernalia of your existence, and wonder which parts, exactly, are covered by that idea. Your routine when you wake up? What you choose to cook? What you say when you greet a friend?

The more you wonder, the more insubstantial and obvious your answers seem. And then you read Adrienne Rich.

“I knew a woman whose clavicle was smashed
inside a white clapboard house with an apple tree
and a row of tulips by the door. I had a friend
with six children and a tumor like a seventh
who drove me to my driver’s test and in exchange
wanted to see Goddard College, in Plainfield. She’d heard
women without diplomas could study there.”

Or perhaps the essay “Muriel Rukeyser: Her Vision” (1993). “She wrote out of a woman’s sexual longings, pregnancy, night-feedings, in a time when it was courageous to do so, especially as she did it — unapologetically, as a big woman alive in mind and body, capable of violence and despair as well as desire,” Rich wrote of Rukeyser, a progressive American Jewish poet. And later: “When Rukeyser is, or appears, ‘difficult,’ this may be partly due to resistances stored in us by our own social and emotional training.”

Or, particularly these days, the emphatic final stanza of the brief “In These Times” (1991):

“But the great dark birds of history screamed and plunged
into our personal weather
They were headed somewhere else but their beaks and pinions drove
along the shore, through the rags of fog
where we stood, saying I”

And perhaps you see something. A connection between the white clapboard house and the smashed clavicle is immediately clear, despite the paucity of information given; you know who smashed the clavicle, and you know, in some integral and indefinable way, why. Or a memory comes: Even as the man you loved told you of the ways in which he had broken your trust, you found yourself assuring him that he was good. Or you hear yourself, in the past, push another woman away for being hard in a way women were not supposed to be, and you wonder where she might be now.

The clarity of conscience and intellect that suffuses her work becomes a second subject. When I first learned of Rich in college, like many, I was taught her sensuous poems about loving women. I read “Twenty-One Love Poems,” from “The Dream of a Common Language,” perhaps Rich’s most famous collection. “I dreamed you were a poem,/I say, a poem I wanted to show someone…/and I laugh and fall dreaming again/of the desire to show you to everyone I love/to move openly together/in the pull of gravity, which is not simple,/which carries the feathered grass a long way down the upbreathing air.”

I read “A Woman Dead in Her Forties,” from the same book: “You are every woman I ever loved/and disavowed/a bloody incandescent chord strung out/across years, tracts of space.”

If you had told me, at age 19, that Rich also wrote poems about Marxism, Zionism and Frantz Fanon; about the charged work of living as a queer Jew; about Nazi book-burning — well, I would have wondered what you meant. This poet of the body and heart, of wild love and wanting? You wanted me to read poems she wrote about colonialism?

What I didn’t understand about Rich’s work, in the narrow framework with which I was introduced to it, was that its fundamental value was in its rigorous curiosity. Born in 1929, Rich wrote at the same time as a cohort of women who expanded the definition of what a woman writer could be: Hannah Arendt, Sylvia Plath, Toni Morrison, Elizabeth Bishop, Ursula K. LeGuin. In a 1997 essay titled “Arts of the Possible,” Rich bemoaned the decline of American democracy, the violence of capitalism and the ongoing fact of slavery. Those facts, she wrote, were the concerns of all citizens. But “these are also my concerns as a poet… In a society in such extreme pain, I think these are any writer’s, any artist’s, concerns: the unnamed harm to human relationships, the blockage of inquiry, the oblique contempt with which we are depicted to ourselves and to others in prevailing image making.”

Rich was a love poet, yes. But she was, more fundamentally, a poet in pursuit of the expansive goal of redressing each insidious force that worked against the human. She wrote against accepted systems and in service of the soul. It is the fault of the society whose flaws she saw so clearly, and wrote about with such original force, that this mission of her work is often neglected. “What would it mean to live/in a city whose people were changing/each other’s despair into hope?” she wrote in “Dreams Before Waking” (1983). What, indeed.