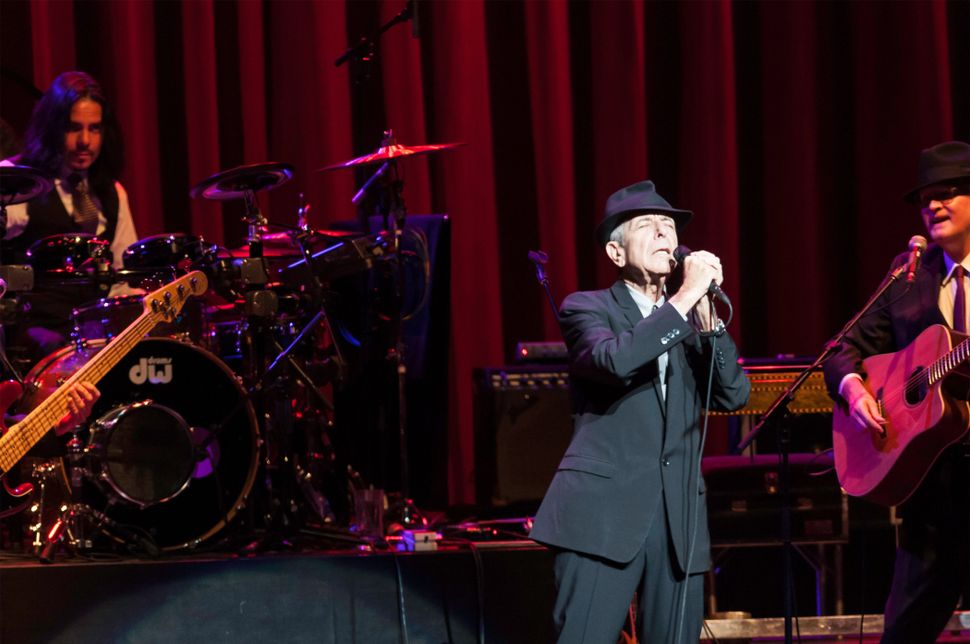 Leonard Cohen’s letters, alongside other artifacts belonging to the late poet and songwriter’s one-time muse and lover Marianne Ihlen, have sold for $876,000 in an auction by Christies. Many of the items exceeded their initial asking prices.

Among the auctioned items was a bronze bell that once adorned the wall of Cohen and Ihlen’s home on the Greek island of Hydra, where they first met. The cracked bell, which is believed to have inspired Cohen’s lyric “There is a crack, a crack in everything” from the 1992 song “Anthem” sold for $81,250, the BBC reports. The initial estimate was $12,000.

The letter fetching the highest bid dates from December 1960, early in the couple’s relationship. In it, Cohen informs Ihlen that his book “The Favorite Game” was rejected by the Canadian publisher McClelland & Stewart — news that he unexpectedly exulted in — and describes himself as being “alone with vast dictionaries of language.” The Telegraph reports that the letter, initially labeled with an expected price of $10,000, went for $56,250.

The auction concluded on May 13. Christie’s announced the results the same day.

The earliest letter in the auction, in which Cohen wrote to Ihlen from Tel Aviv in September of 1960, also overperformed. It was difficult to express himself, Cohen wrote at the time, as Ihlen is “too much in my heart to put anything down.” In the same letter, which was expected to sell for between $6,000 to $9,000 but ended up fetching $20,000, Cohen expressed an interest in becoming more fluent in Hebrew.

While Ihlen and Cohen’s romantic involvement concluded in 1968, the two stayed in touch for decades. The last and simplest item, a postcard in which Cohen asked Ihlen to visit New York, dated from sometime early in the 2000s, sold for $3,250.