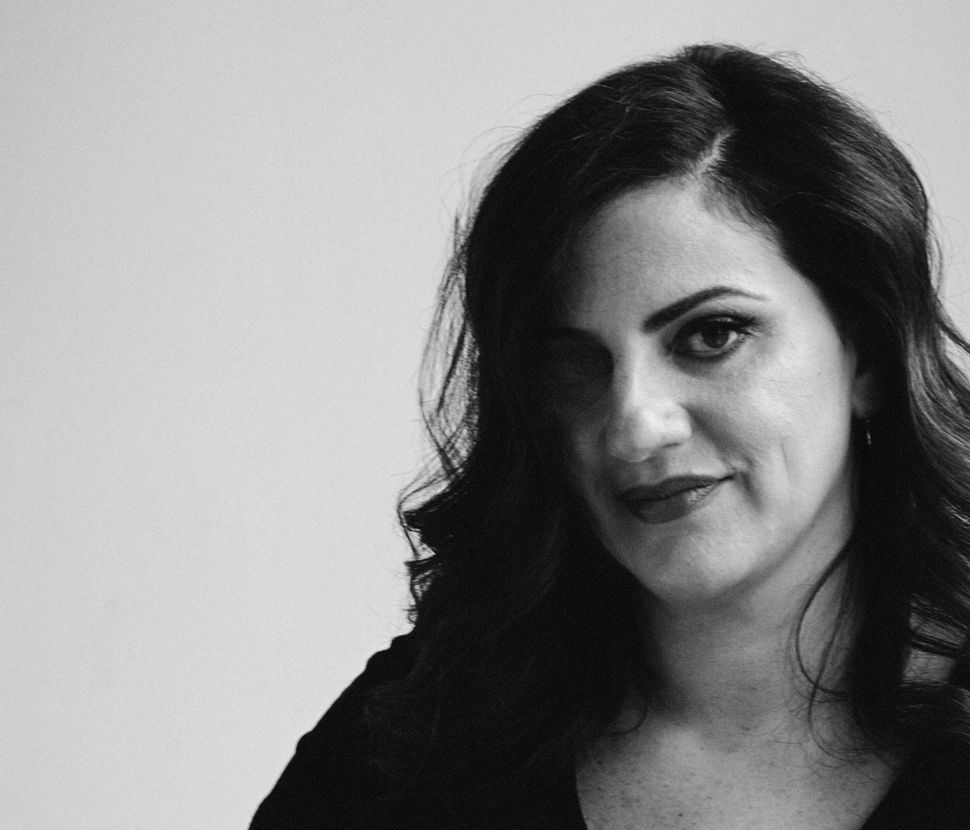 Taffy Brodesser-Akner, author of “Fleishman Is in Trouble.” Image by Erik Tanner

On page 266 of Taffy Brodesser-Akner’s “Fleishman Is in Trouble,” I was filled with sadness, immediately and brutally, as if I had been injected with it. There is nothing particularly sad about page 266; the New York Times Magazine staff writer’s debut novel, while often funny, is pervasively sad, in an intimate, unavoidable way. But it was on page 266, around the time that the titular Fleishman finds himself stunned that a friend “had such a depth of understanding of his place in the world,” that I figured out what the novel was trying to do. It was so very tragic that I hardly knew how to move on with my day.

The first third of “Fleishman Is in Trouble” reads like a smart but somewhat boring novel, just another book about a wealthy 40-something Manhattanite’s failed marriage, needy children and declining sense of self. Said Manhattanite, a hepatologist named Toby Fleishman who refuses to eat any food that might be remotely pleasurable and takes extreme interest in noncommittal sex with his fellow elites, has the unfortunate habit of thinking of himself in the third person, hence his anxious mantra — and the book’s title — “Fleishman is in trouble.” Fleishman is in trouble because he is in the process of divorcing his workaholic wife Rachel, who is a disaster, and who jumpstarts the novel’s plot by leaving her and Fleishman’s two children with him for the weekend, then proceeding to neither return nor, for weeks, respond to any attempt at contact. 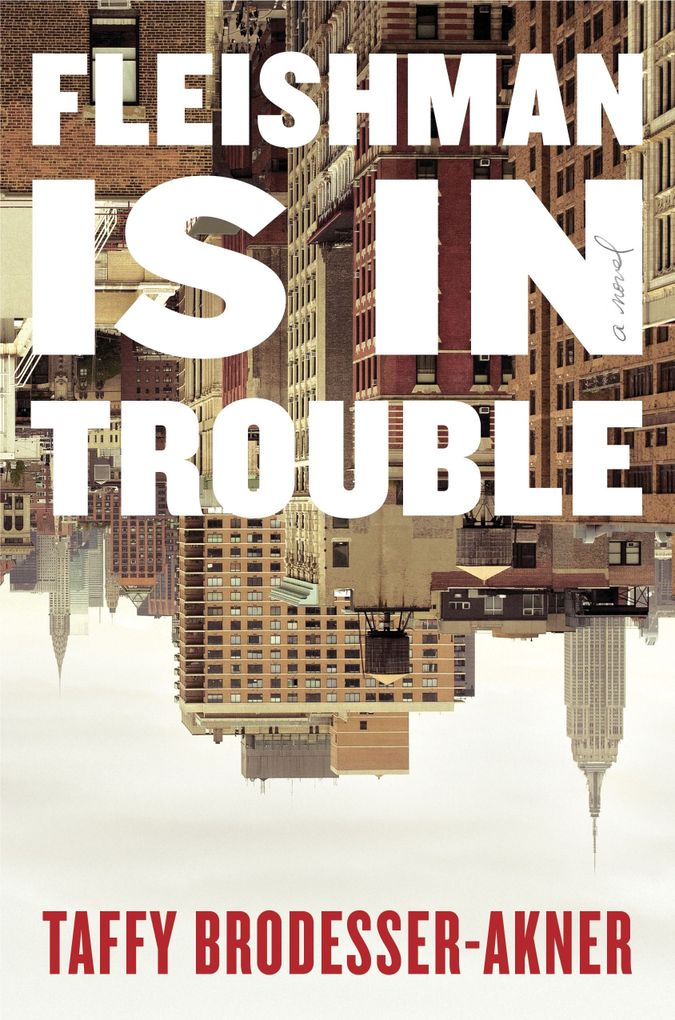 “Fleishman Is in Trouble,” by Taffy Brodesser-Akner. Image by Courtesy of Random House

Fleishman is also in the process of finding new and exciting sources of intimacy, preferably ones who conveniently lack desires that range beyond “sex, now.” He is also anticipating a promotion at the hospital where he works, and attempting to get his apartment’s air conditioning fixed, which, as every New Yorker knows, is its own full-time job. He is a very busy man, and while it seems like it would be exhausting to know him, it would probably be much more exhausting to be him. (Did I mention how much energy he exerts dismissing absolutely everyone in his social purview?) He is damaged — his mother berated him about his weight throughout his childhood; he has a never-fully-explained complex about “crazy” women — but he is mostly competent, and tremendously, vacuously interested in his own competency.

Yet for all his Rothian neuroses, and for all that he can be notably cruel without acknowledging it, Fleishman is, somehow, not entirely unlikable. Which is why an old friend from college, Libby, gets drawn back into his life in the midst of his divorce. Libby is the book’s narrator, and it takes some time to get to know her. First she appears very casually, an intermittent “he told me” dropped into the text as a reminder that someone is telling this story. Then she becomes a character, taking increasingly frequent trips into Manhattan to see Toby and escape her stable, loving family in New Jersey. Her role eventually becomes central to the plot, but until the late moment at which it does — it’s too interesting to spoil — she tells her story as an accent to Fleishman’s. His world is collapsing, and she’s there to observe, and companionably collapse in her own, less absolute way.

What results is an examination of power and gender that, because it is easy to read, somewhat masks its own intricacy. “Fleishman Is in Trouble” is a book by a woman in which a woman tells the story of a man in order to tell the story of another woman. (Phew!) It’s an exercise in loving someone who has made himself very unlovable; that turns out to be Fleishman, for the record, who comes out looking somewhat less good than his much-maligned wife. So despite Libby’s slow arrival in the book, the relationship at the heart of “Fleishman Is in Trouble” is not really that between Toby and Rachel Fleishman. It’s the one between the two of them and the author writing their story, who by the end of the book has mostly regained interest in her own suburban, quiet, happy life. That three-pronged relationship is nearly as complex, and more obscure, than the relationship between husband and wife. Why, you are at some point forced to wonder, is Libby telling their story? Why, of all the tangled and sometimes miserable marriages with which she is presumably familiar, is she so interested in that of the Fleishmans?

“That was what I knew for sure, that this was the only way to get someone to listen to a woman — to tell her story through a man; Trojan horse yourself into a man, and people would give a shit about you,” Libby thinks, revisiting her past as a writer for a men’s magazine. (Brodesser-Akner was formerly a contributing writer at GQ.) Libby is talking about Rachel Fleishman, whose story she tells — in bits and pieces, and then all at once — by situating it within the story of her estranged husband. But she’s talking, more specifically, about herself. She likes Toby Fleishman. Improbably, she even loves him. And, as he proves repeatedly through the book, he is just the sort of man who won’t listen to a woman’s story unless it’s told through a man.

The thing is, when Libby first reconnects with Fleishman, she buys his version of events. “I never understood why you married her,” she tells him, as he moans about Rachel’s shortcomings. So the story she tells isn’t just about the ways in which reliable guys like Toby Fleishman, good fathers who work to save lives and go to shul every Friday, reliably denude women of independence and individuality. It’s a story about how guys like Toby Fleishman convince women to accept the ways in which other women have been so denuded as valid and deserved. Once you look at it closely, “Fleishman Is in Trouble” isn’t actually a book in which a woman tells the story of another woman by telling the story of a man. It’s a book in which many, many permutations of this triangulated storytelling unfold — both including and excluding the central trio. By telling the story of Rachel and Toby Fleishman, and the many confused men and women who surround them, Libby tells the story of herself.

If you live as a woman, it’s simply a fact that the stories you tell about yourself and your fellows are inescapably shaped by men. But it’s difficult to show the depths of confusion and difficulty incurred by that fact, and even harder to do so in a way that’s compassionate to everyone involved. (Yes, even the men.) By the book’s final page, Fleishman gets an oblique glimpse of his role in this painfully nuanced universe. “He looked out his window,” Brodesser-Akner writes. “He saw his reflection, and beyond that, through his reflection, he saw the lit-up windows of the next building, a see-through version of himself filled with the lights of the city, the windows, the people inside the windows.” The unknown lives we frame in our own; we rarely see them clearly, and it never lasts. But what a sad and lovely thing to try.