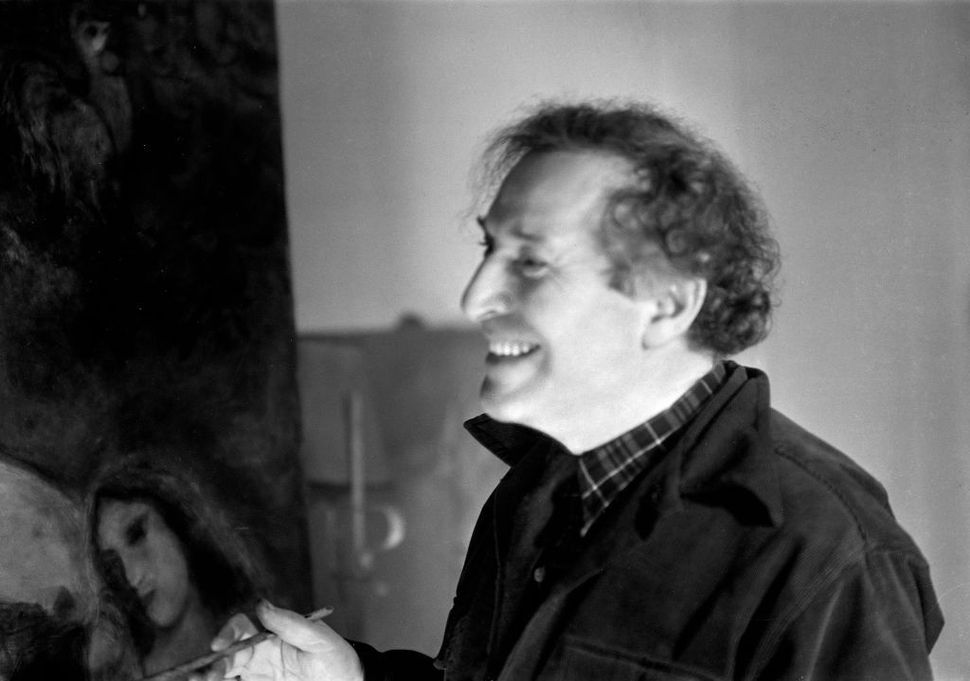 The Metropolitan Museum of Art is making a bold statement with one of its boldest holdings.

“The Lovers” by Marc Chagall is covered this week in recognition of World Refugee Day on June 20, Artnet reported. The move is part of a partnership between the Met and the International Rescue Committee to draw attention to the work of refugee artists.

The Met said it is hiding the artwork, which is concealed by a gray curtain, to demonstrate the cultural losses inherent when countries refuse refugees. The painting is well-picked, as it depicts Chagall and his first wife, Bella Rosenfeld Chagall, who arrived in New York as refugees shortly after the Nazis occupied France, where they were living at the time of the invasion. The Chagalls were both Jewish, born in the then-Russian Empire in what is now Belarus.

“The Met is committed to welcoming refugees and celebrating their past and present accomplishments and contributions,” museum director Max Hollein said in a statement.

While covering the Chagall is the most noticeable change to the Met’s collection this week, the museum is also identifying the work of other refugees, including Max Beckmann, Piet Mondrian and Max Ernst, with yellow labels. Guests of the museum are prompted to share photos of the art online with the hashtag #WorldRefugeeDay.

“We are honored to partner with The Met and spotlight the contributions refugees have made to art,” David Miliband, president and CEO of the International Rescue Committee said in a statement. “Marc Chagall, a pioneer of modern art who was resettled by the IRC, symbolizes one of the many ways refugees have shaped our world for the better, not only in the arts but in so many aspects of our society and culture.”