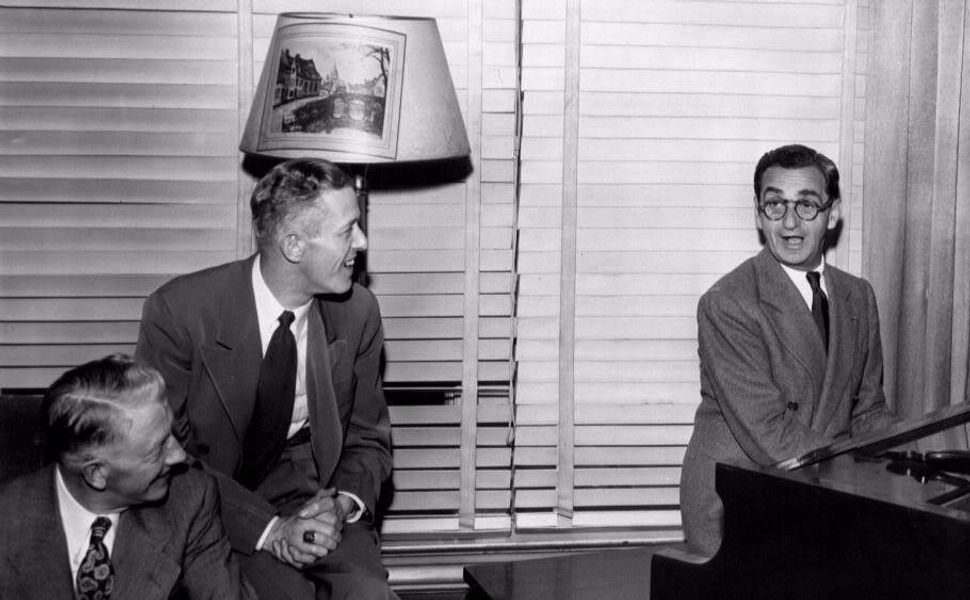 I have always been dubious of the idea of “American Culture.” America, being, since its inception, a land of immigrants constantly in demographic and ethnic flux. And this is a good thing, indeed, the idea of a country founded upon legal and philosophical principles, as opposed to ethnic or linguistic concerns, is the fundamental promise of America. It is not a nation in the proper sense of the word – it is a country, a project. Its nature is, in its ideal form (America, unfortunately, consistently falls short of itself) precisely the rejection of a fixed nature. Thus, to speak of “American Culture” as a static thing is to misunderstand America. American culture is, like the country, always in flux (again, I must say that I am speaking in idealistic terms here – the entrenchment of a sort of capital-as-culture ethos has, to a certain degree, rendered culture static). So often the phrase is weaponized to dictate the terms of exclusion, but at its best American culture is uniquely capable of radical absorption.

Along with the Gershwins, Irving Berlin was one of the primary songwriters behind the “Great American Songbook,” a collection of show-tunes, rags, and one-offs that defined the popular sound of the early 1900’s. When jazz really began to hit its stride in America, many of the “songbook” tunes were adapted and formed the basis for the jazz standard canon. Berlin’s most famous contributions to both the songbook and the standards canon include “Alexander’s Ragtime Band,” “Let’s Face The Music and Dance,” “Blue Skies,” “White Christmas” (yes, “White Christmas” was written by a Russian Jew) and “Cheek to Cheek,” but he was an incredibly prolific composer, and aside from his twenty five #1 hits, Berlin composed roughly 1,225 other songs, including America’s unofficial “second anthem” “God Bless America.”

American culture would have been unspeakably diminished had it not been for Berlin’s contributions, but Berlin, like so many of this country’s most beloved songwriters, was not born an American. Berlin was born “Israel Isidore Baline” in 1888 in Tolochin in the Russian Empire (now part of modern day Belarus). His father, a cantor, moved the family to New York City in 1893 following a spate of violent pogroms. Berlin, like so many other Jews of that era, grew up on the Lower East Side in varying degrees of poverty. He quit school at twelve to help earn an income for his family by selling newspapers. By fourteen, Berlin was living alone in the Bowery trying to figure out a path forward. Having no real skills aside from a decent ear and an aptitude for music, Berlin decided to become a singing waiter. He taught himself to play piano after the Pelham Cafe, his place of employment, closed for the night. His work as a singing waiter gave him an insight into what kind of music audiences enjoyed, and more important, what kind of music audiences bought.

After Berlin was “discovered” by music publisher Harry von Tilzer, his career began to take shape, ultimately taking off in 1911 with his first big hit “Alexander’s Ragtime Band.” The awards, the shows, the money, the fame, and the aforementioned hits and 1,250 songs would follow, but I want to talk about one of Berlin’s less famous tunes. In 1927, Berlin composed “Russian Lullaby” – a song that, in its inception and subsequent permutations, stands, for me, as one of the most American songs of all time.

The song is simple enough, but beneath the rather maudlin lyrics we have a fascinating encapsulation of the push-pull of the American immigrant experience. Berlin, if we recall, left the Russian Empire because of state sponsored anti-Semitic violence. And yet, there is an odd nostalgia despite knowledge of the fact that a return would be undesirable. The melting-pot of America is inherently alienating – not only is there no single culture to latch on to, but the idea of assimilation within an ever-fluctuating mass is fundamentally unstable. And so the pull of the homeland, whatever the circumstances of departure, exerts its pressure upon Berlin. At the same time, Berlin acknowledges the reasons for immigration while simultaneously playing on sentimental “motherland” nostalgia. Note the last verse – “A land that’s free for you and me” is an obvious reference to America, one of many overtly patriotic turns in Berlin’s compositions. The song offers us a scene of a mother singing to her baby (which in turn suggests a nostalgia in both a spatial and temporal sense), but the scene is a strange one. The mother in the tune sings to her child about their hopes for immigration – the moment of nostalgia is placed exactly at the moment that will precipitate the nostalgia in the first place. Berlin’s song, then, is a sort of feedback loop – longing to return to the moment of longing for departure. It is this contradiction, this intrinsic tension, that underpins the assimilation-preservation tension in the American immigrant (we could even extend this to anyone who is not a white Anglo-Saxon Protestant, immigrant or otherwise) situation.

The melody combines traditional Eastern European Jewish sounds with certain blues inflected (i.e. American) sounds. After the classic showtune-esque intro, we’re given the kind of diatonic D-Minor to F-Major melody so often heard in Klezmer or Eastern European folk music (the final five notes of the song in particular [f,a,e,a,d] have an almost liturgical sound). The chords largely revolve around the simple, folksy i, iv, V, but Berlin adds the numerous ii,V,i constructions (one of the key chord progressions in Jazz), and adds certain chromatic elements to the melody (that flat-3 on “baby” in the line “baby starts to cry” is especially suggestive of the blues).

The resulting song is at turns Jewish, African American, and Russian, which is to say that it is quintessentially American. But like so many Berlin songs, “Russian Lullaby” was adopted and adapted into a jazz standard. And it is in the subsequent versions of the song that we see the true genius of Berlin and the true promise of America. Most jazz versions of the song cut out the intro and begin directly on the D-Minor melody, as is the case with the (likely) most famous jazz recording of the song, John Coltrane’s 1958 cut from “Soul Trane,” Coltrane plays the tune as a frenetic up tempo number – there’s an urgency and perhaps an anger to the recording that is missing from early versions of the song. Coltrane’s recording, being the most well known, set the standard for how Berlin’s tune is performed by jazz groups, but it’s an eminently adaptable tune. Errol Garner does it as a kind of Latin swing, Louis Armstrong does a Russia meets New Orleans version, Bunny Berrigan does is in the 1930’s swing style, Al Cohn performs it in a cinematic lounge-jazz style, Ella Fitzgerald turns it into a heart-rending ballad, and Milt Hinton, of all people, adds an overt klezmer sound with the help of violinist Joe Venuti.

There’s one version I’d like to leave you with. It is by no means the best, not even close, but it may be the most illustrative – it’s Jimmy Rushing’s 1959 version off his album “Rushing Lullaby.” Rushing was a singer and “blues shouter” famous for his work with the Count Basie Orchestra in the 1940’s. His version of Berlin’s tune combines so many disparate influences into a bizarre patchwork of American music. The track opens with a brief Latin drum pattern, which is quickly abandoned for a straightforward swing beat upon the beginning of the melody. The melody, sung by Rushing in his raspy, bluesy voice, gives way to a few solos – piano, guitar, organ, saxophone – before returning to Rushing, channeling his best Carmen McRae, for the out-melody (with a brief, inexplicable interlude in which he sings “rock rock rock!”). This track could not be further from Russia, further from Berlin – and it could not be more American.