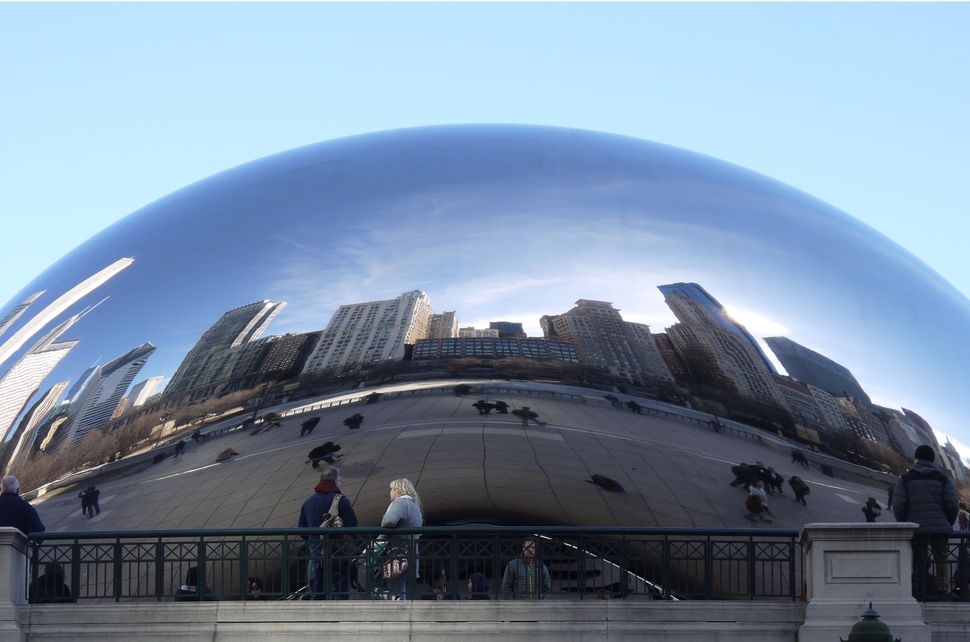 Police responding to a trespassing call arrived at the park shortly after midnight and found that the sculpture, known colloquially as “The Bean,” had been tagged with white spray paint CBS Chicago reported. The words “35th Crew” could be seen near the bottom of the legume-shaped artwork’s reflective surface.

Kapoor, a 2017 Genesis Prize winner, recently defended his iconic sculpture in a lawsuit with the National Rifle Association. The NRA used an unauthorized image of “Cloud Gate” in a video titled “The Clenched Fist of Truth,” which Kapoor said “plays to the basest and most primal impulses of paranoia, conflict and violence, and uses them in an effort to create a schism to justify its most regressive attitudes.” The NRA removed The Bean from its video in December as part of an out-of-court settlement.

Charges are pending for the seven people taken into police custody.