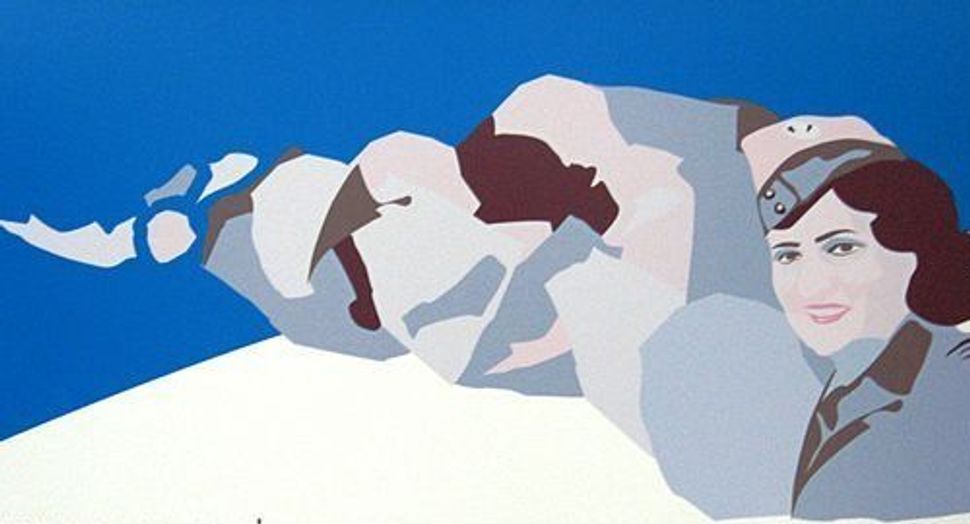 Hannah Senesh was just 23 when she was captured, tortured and executed by Nazi-allied Hungarian authorities – but she had already lived many lives.

Born the privileged daughter of a Hungarian journalist and playwright, Senesh became a Zionist at an early age, moving to Mandatory Palestine after graduating high school in 1939. She was by herself, living and working on a Kibbutz near Haifa, when Hungary’s Jews came under threat.

In 1943, Senesh enlisted in the British Women’s Auxiliary Air Force, which trained her for a special mission to parachute into Yugoslavia to recover captured British soldiers – her plan was to complete the mission, join local partisans and cross the border into Hungary to smuggle Jews, who were about to be deported to Auschwitz, to safety. Hungarian gendarmes caught Senesh at the crossing with a British radio transmitter on her person, but she refused to give her captors the code to the device or any information beyond her name. 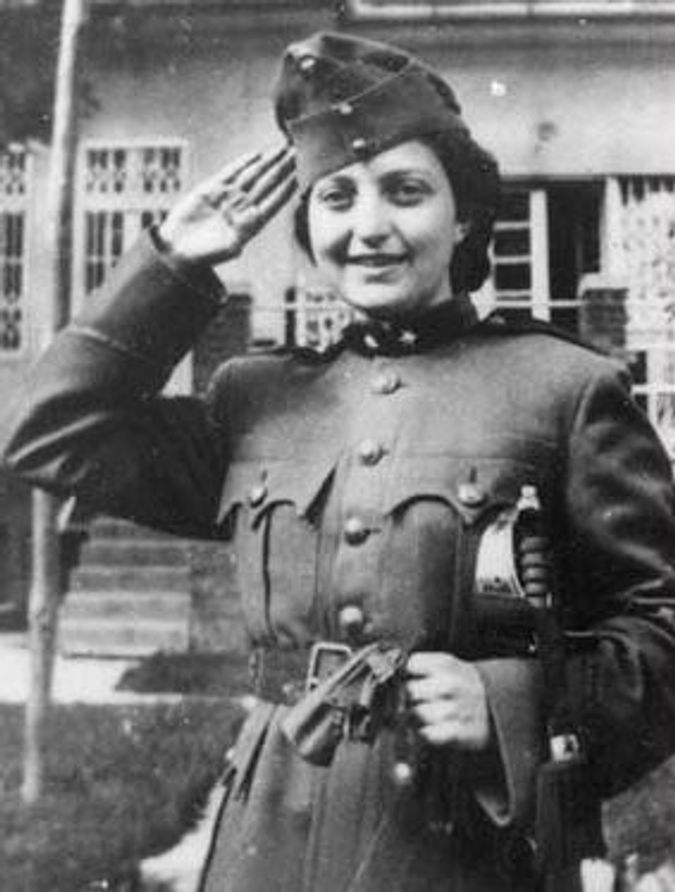 While Senesh’s Jewish rescue mission failed, her spirit of resistance survives her. As she once wrote in her diary, “There are people whose brilliance continues to light the world though they are no longer among the living. And when the night is especially dark, these lights burn brightest.”

Beginning July 29, Senesh will return to the living in the person of Lexi Rabadi, an actress and poet performing in David Schechter’s one-woman show “Hannah Senesh,” part of the National Yiddish Theatre Folksbiene’s season centered on the theme of Spiritual Resistance playing at Edmond J. Safra Hall at the Museum of Jewish Heritage.. Schechter also directs Rabadi in the play, which is drawn from Marta Cohn and Peter Hay’s translations of Senesh’s poems and diaries.

The Forward spoke with Rabadi, a 2016 graduate of Pace University’s BFA Musical Theatre program, about how she’s preparing to embody the legacy of an oft-forgotten hero.

PJ GRISAR: Were you aware of Hannah Senesh before auditioning for the role? 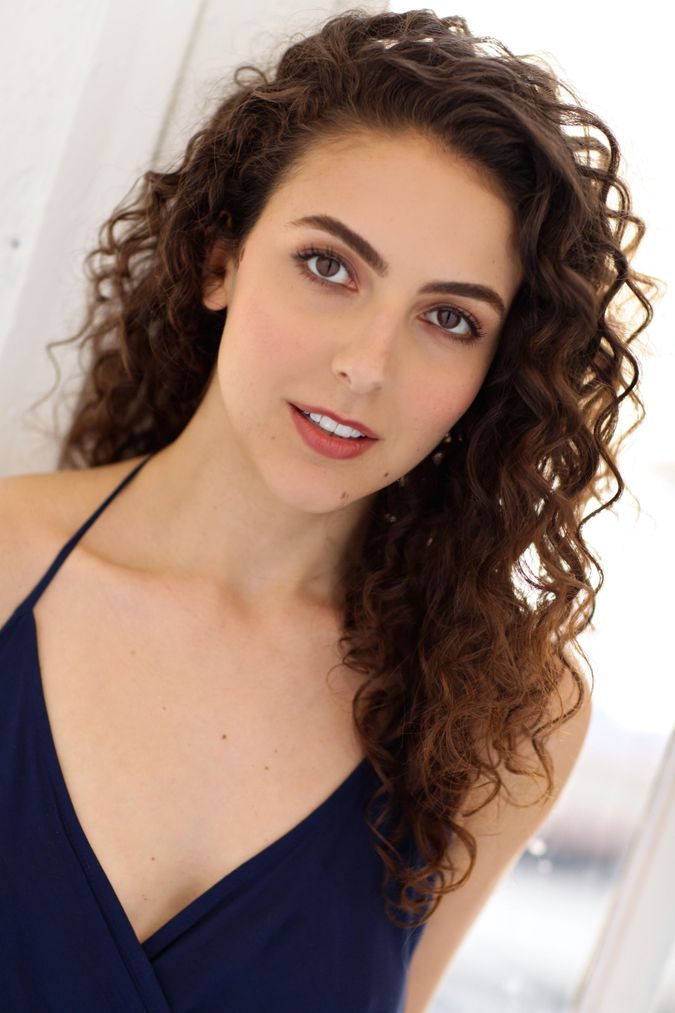 LEXI RABADI: No, actually. I had never heard of Hannah Senesh and upon doing some research, I couldn’t believe that I hadn’t! I even asked some of my friends with varying backgrounds and beliefs if they knew her and none of them did. Which made me so sad, but also so inspired to share her story with our community.

What is it like getting to know her? What’s your process been?

She’s amazing. Hannah is a really rare example of a vision deliberately transformed into action, which I love about her, especially in this day and age in a time of prevalent tension and oppression and resistance in our own country. A lot of young people are finding this desire to resist, but are not really sure how to put that desire into action. Learning more and more about Hannah and watching her evolve from this young, privileged schoolgirl into the fiery, passionate woman on a mission that we all know her as is really cool. And yet, for me the coolest part is getting to see the core of Hannah remaining true from age 13 to 23, which we have in the play. How she grows and evolves but never strays from her authentic spirit. She’s always able to assess any situation that she’s in and intuitively respond in a way that is true to her, and it always ignites her into the next phase of her life.

This play comes with particular challenges for a performer – as you mention, you are playing her from the ages of 13 to 23 and also playing her mother. How are you navigating that?

You’re right, in this piece I play two different characters, and in a sense it feels like I’m playing 11 different characters – I’m playing her at each different age and phase of her life. I’m really lucky to have David [Schechter,] my amazing director. He’s guiding me through how to – like I said – keep that core of who she is that never wavers, but allow her room to breathe and grow and evolve. That comes by way of simple things, like her tone of voice. When she’s 13 she’ll talk with a higher voice, maybe a little faster with a brighter energy. And as she ages and becomes more impassioned and deliberate and perhaps a little more exhausted by her work there’s some physical and vocal changes and an energetic shift that occurs. But, I’ve always been one of those actors who sits on the side in rehearsals counting the moments till I get to work again or in the dressing room during my off scenes wishing I could be on stage. So I feel like my wish has certainly come true, and it is a lot of work, but I love it.

I understand that you, like Hannah, are also a poet.

I do! I have goosebumps thinking about it, ‘cause I have always kept a journal – just like Hannah. I have one actually and I brought it in as kind of a show and tell into rehearsal. I have one that somehow I kept from age seven until I graduated high school: age 18. And every other page there’s a poem scribbled on it, which is just like Hannah too. It’s one of those really amazing similarities that I feel clicked in alignment as I was getting to know her. Preparing for the role, reading our diaries side-by-side this summer I would find myself laughing so hard or sometimes crying because we were so similar. But the poetry, it’s something I’ve always done and also as fate would have it, in the weeks before I auditioned for the role I reignited my desire to write. It had been on the backburner and I was writing more and finding my poetic voice again. Recently I’ve been performing my poetry for the first time. Hannah has been inspiring me to take that leap for myself: the leap she never quite made during her life.

While you are alone onstage, you do have something of a co-star in a five-foot piece of fabric that serves as everything from a plot of land to the parachute that takes you into Yugoslavia. Seems like it might be a bit of a fidgety bit of stage business. Have you started work with that prop yet?

When I was reading the piece I thought the same thing! What is this going to be like? It brought me back to college when we were playing with and endowing all these bizarre objects with crazy meaning and doing crazy actor exercises. But it’s really quite ingenious. I love it, because it is just me up there, which is wild, and really unlike anything I’ve experienced so it’s amazing to have a few scene partners with me in the form of objects that I do get to endow with a lot of special meaning. The journal is a huge one, but the cloth is really special because it can transform into whatever I need it to be. In the very beginning it’s a dress that I want to make for myself, eventually it’s the land of Palestine, at one point it’s a mustache. There’s a lot of funny things going on with it, but to have something to work with to support the storytelling is really helpful.

This is part of the Folksbiene’s season of “Spiritual Resistance” and this play in particular is tied to the Auschwitz exhibit at the Museum of Jewish Heritage. What do you hope audience’s take away from Hannah’s story?

I think that so many of us can relate to Hannah right now and there’s so many sets of ears that need to hear her story. So many different voices, craving the inspiration to speak up. Hannah’s admirable desire to fight for what’s right came from a universal longing for peace. She is a universal icon for resistance – an individual model for humanity’s gold standard moral fiber. People can’t help but be inspired by her onstage. When you first learn about Hannah Senesh, if you’re lucky enough to learn about her it’s as this brave, heroic soul who fought and died for something that was bigger than herself. That’s inspiring, but it can be overwhelming. By getting to watch her grow up and see that she’s so human and paint this picture of this regular girl the audience will get to see themselves in her, so that when she does find this mission it’s not so daunting and it’s not somebody that you can’t identify with. You see the potential that lies within the core of any individual.