Woody Allen: ‘I Would Probably Die On A Film Set’ 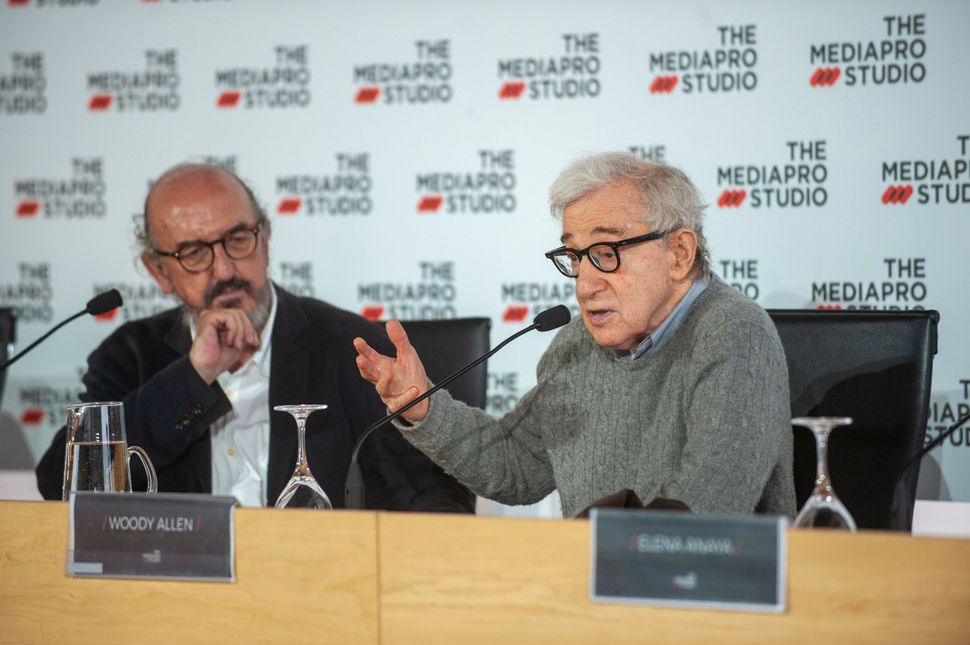 Woody Allen attends a Press Conference at Kursaal auditorium to talk about the new film he is filming in San Sebastian on July 09, 2019 in San Sebastian, Spain. Image by Getty/Gari Garaialde/Contributor

Woody Allen plans to die in the director’s chair.

“Since I started, I’ve always tried to focus on my work, no matter what happens in my family or with politics. I don’t think about social movements,” Allen told press at San Sebastian, Spain on July 9, a day before he began filming a new project, which has the working title of “Rivkin’s Festival.” Deadline reports that Allen said he had no plans to retire, saying, “If I were to die, I would probably die on a film set, which may well happen.”

“Rivkin’s Festival,” which stars Christoph Waltz and Gina Gershon as an American couple who have affairs at the San Sebastian Film Festival, is Allen’s 51st feature and his first since a litigious split with Amazon Studios which left his film “A Rainy Day in New York” without U.S. distribution. Amazon maintains the rift, which is subject of an ongoing breach of contract lawsuit, was due to Allen’s comments surrounding the #MeToo movement and his daughter Dylan Farrow’s claims that he sexually abused her. Allen denies Farrow’s allegations.

Allen’s leading women defended their choice to collaborate with the director.

”Living in the United States now is crazy,” Gershon told the Spanish audience. “I am very aware of the subject of women’s rights, but I am also delighted to be in a Woody Allen project. I think the #MeToo movement has promoted very good things, but it’s also really important that people take a look at every situation individually and really make up their own minds about them.”

Europeans appear less phased by the controversy surrounding Allen, with “A Rainy Day in New York” scheduled for a release on the continent in the coming weeks.

Last week, before premiering his production of “Gianni Schicchi” at La Scala, Allen was greeted with applause by an Italian audience. The director told reporters at the time that he had “always had a warm and affectionate following in Europe.”

Woody Allen: ‘I Would Probably Die On A Film Set’