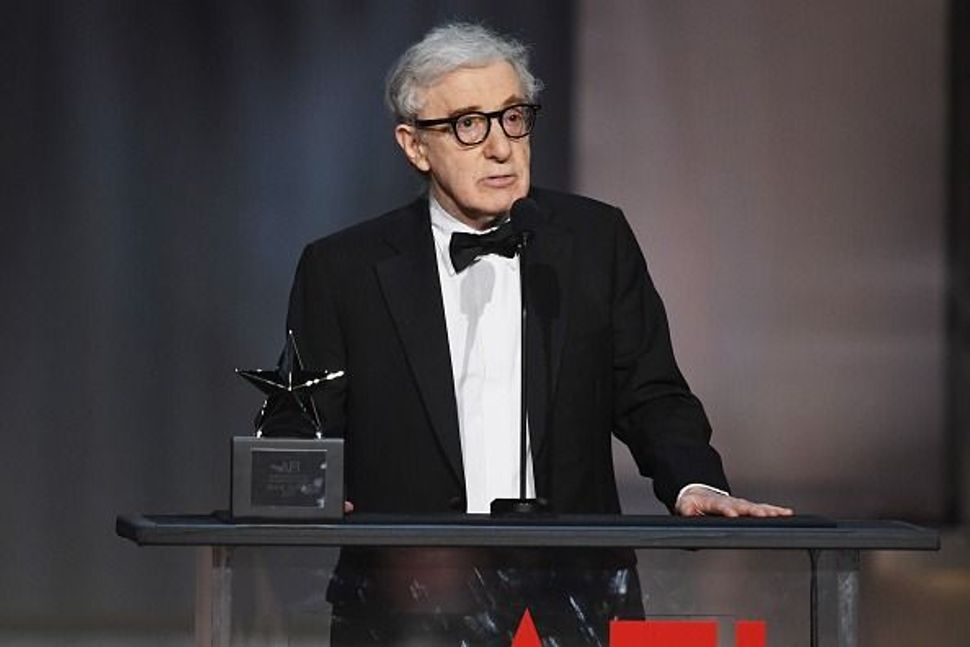 By Adrianna Chaviva Freedman May 6, 2019

Woody Allen’s “A Rainy Day In New York,” shelved by Amazon Studios, will have a European audience.

Allen’s latest will be released in Europe this October, Variety reported. The movie, which was completed in 2018, will reach Italian audiences and will likely later be distributed in France, Belgium and the Netherlands, thanks to pre-existing distribution agreements. Amazon Studios still has no plans to release the movie domestically.

Amazon severed ties with Allen at the height of the #MeToo movement, as allegations resurfaced that Allen molested his daughter Dylan Farrow almost thirty years ago. Allen has since sued the media company’s film division for $68 million for breaking his contract to distribute this film as well as to produce others by the prolific filmmaker. Amazon has stated that Allen’s public comments about the #MeToo movement justified their decision to cut ties.

The ensemble romantic comedy boasts an all-star cast — Timothee Chalamet, Elle Fanning, Selena Gomez and Jude Law — and reportedly follows people coming together over a weekend in New York. Little else from the plot has been revealed to the public, though Page Six reported that a storyline will include an older male character (Law) sleeping with young actresses and models (including Fanning.) Fanning is twenty-five years Law’s junior, and was 19 at the time of the filming. 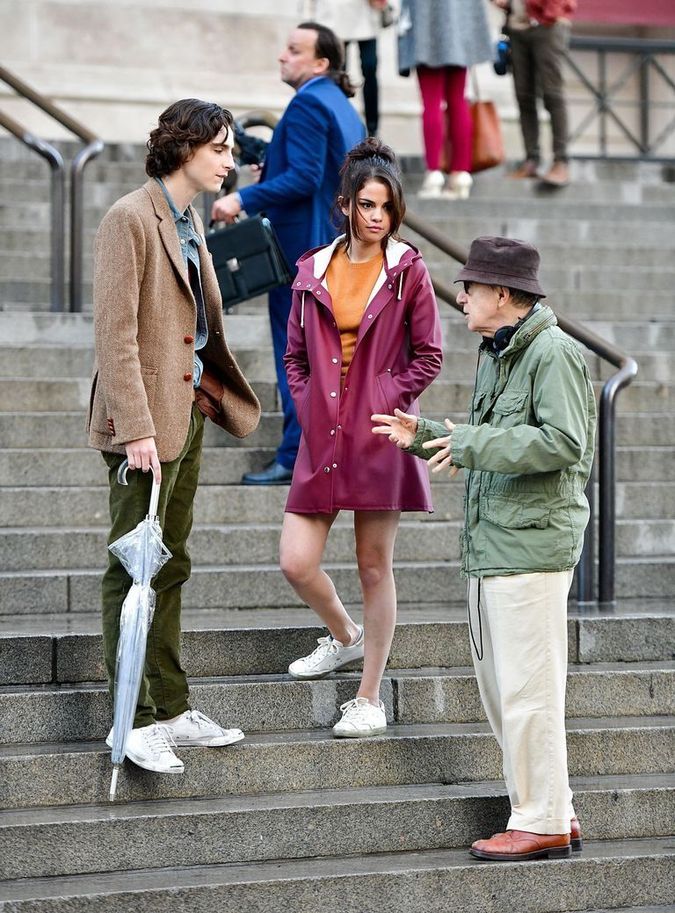 Timothee Chalamet and Selena Gomez take direction from Woody Allen on the set of “A Rainy Day in New York.” Image by Getty Images

Some of the movie’s cast, including Chalamet and Gomez, apologized for working with the director and have since donated their salaries for the film to various organizations, including Time’s Up, RAINN and the LGBT Center of New York.

“I have been asked in a few recent interviews about my decision to work on a film with Woody Allen,” Chalamet wrote on Instagram at the time. “What I can say is this: I don’t want to profit from my work on the film.” He further emphasized that he wanted “to be worthy of standing shoulder to shoulder with the brave artists who are fighting for all people to be treated with the respect and dignity they deserve.”