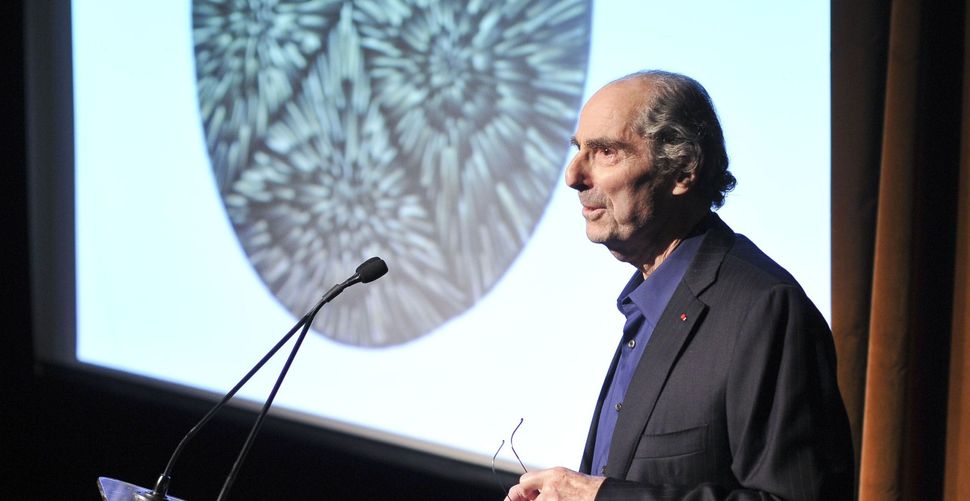 Litchfield County Auctions, which runs estate auctions for the Connecticut county in which Roth lived part-time for decades, has posted a lineup of over 100 items owned by the Pulitzer-winning author, who died in May of 2018. The sale, which consists of items from Roth’s 18th-century farmhouse, is set to begin on July 20 — and most of the items have very reasonable estimates.

Judging by the list, Roth often had a simple and practical taste in furnishings; the most extravagant piece included in the auction is an Eames chair. But the auction’s most striking and intimate items are some of the most humble. Among Roth’s effects are a 1963 plastic-sleeved Topps trading card of Jewish baseball great Sandy Koufax, a photograph of Franz Kafka and a poster for Roth’s 1995 book “Sabbath’s Theater” in the style of artist Otto Dix, each carrying an estimated value of $100-150.

Two IBM Selectric typewriters on the block are expected to fetch $150 and $250, with the upper estimate applying to the machine in better condition. An older typewriter of Roth’s, a mint-colored Olivetti Lettera 32, is valued at $300-500 and comes with a case included.

Some of Roth’s literary inspirations are on display in the form of a posters for museum exhibitions on Leo Tolstoy and Gustave Flaubert. The posters are being sold in a bundle with a starting bid of $50 alongside two posters advertising shows for the Czech photographer František Drtikol. You can also purchase an unsigned, and potentially unfinished, painting of Roth himself, believed to be the work of the Jewish artist R.B. Kitaj.

The overall impression left by the catalogue is one of sturdy, spartan comfort. Most of the furniture appears locally sourced and is as unpretentious as the typical offering at a flea market. On balance the estate appears, like Roth and his work, palpably American.