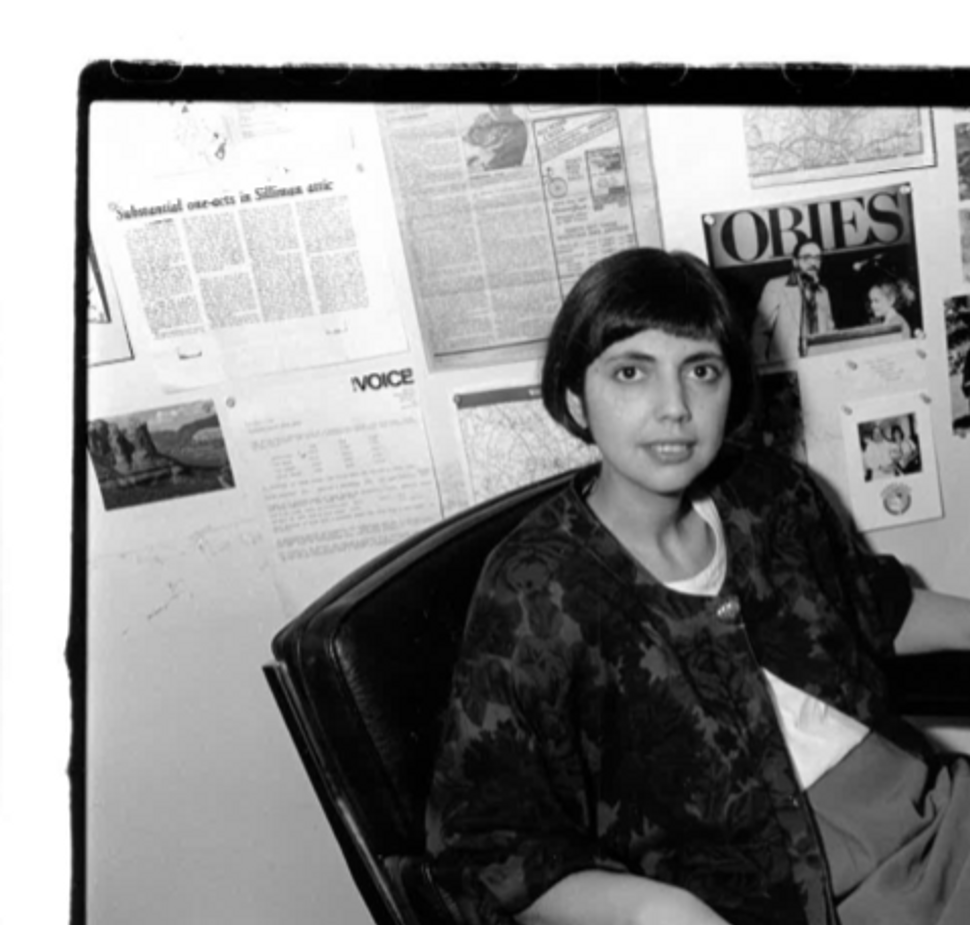 Lucette Lagnado, the award-winning author who documented her family’s exodus from Egypt to America, has died at 62. The Jewish Book Council, which awarded Lagnado the Sami Rohr Prize in 2008, announced her passing.

Lagnado was born to a Jewish family in Cairo in 1956. In 1963, during a wave of mass exodus by Jews and other oppressed Egyptian minorities, the family left as refugees, landing in New York, where Lagnado would attend public school in Bensonhurst, Brooklyn and go on to graduate from Vassar College in 1977.

In 1990, Lagnado co-authored “Children of the Flames: Dr. Josef Mengele and the Untold Story of the Twins of Auschwitz” with Sheila Cohn Dekel, about the heinous medical experiments of the camp’s “Angel of Death,” Josef Mengele.

From 1993 to 1996, Lagnado worked as an editor and writer at the Forward. In 1996, she joined the staff of The Wall Street Journal as a cultural and investigative reporter. In 2007, she published “The Man in the White Sharkskin Suit: A Jewish Family’s Exodus from Old Cairo to the New World,” a memoir of her father’s life and journey to America that returned her to her origins.

“What I wanted to do was tackle these fairly epic themes of exile and loss and rootlessness, but through a child’s eyes,” Lagnado told her niece Caroline Lagnado in 2007. “I chose to tell the story of the Jewish exodus from Egypt through a single family, ours, and by way of a little girl named Loulou, who is of course my alter ego. Loulou takes note of all the upheavals under way, and she is thoroughly caught up in these sweeping historical events, but she experiences the changes around her as a child would, by latching on to familiar, beloved objects.”

The project worked; the book won the 2008 Rohr Prize and inspired another memoir, “The Arrogant Years: One Girl’s Search for Her Lost Youth, from Cairo to Brooklyn,” about her mother and herself, in 2011.

Lagnado wrote “The Arrogant Years,” which details her adolescence in Brooklyn and her teenage battle with cancer, in the midst of demonstrations at Tahrir Square. Lagnado watched the Arab Spring with guarded concern, dubious that the protests would lead to lasting democracy and wondering if the Cairo of her book, set in part during the reign of King Faoud, when Jews held posts as ministers in a more open society, provided a better template for the country’s future.

“What I find myself wondering is why the Egyptians, as they cast about for a model of nation-building — Turkey, Iran, Hamas — don’t simply look back to this halcyon period of their own history,” Lagnado wrote in the Forward.

A year later, at the 2012 American Friends of Rabin Medical Center luncheon, Lagnado remarked that when she returned to Cairo to research her book, she found the country “more intolerant than when our family left during [Gamal Abdel] Nasser.”

But through her books, which paint a picture of her parents’ Egyptian childhood, Lagnado wanted to show the promise of a past grounded in acceptance and the pain that comes from uprooting people from their homelands.

When asked what she wanted to communicate with “The Man in the White Sharkskin Suit,” Lagnado said she hoped to express that “once upon a time there was this amazing culture of book-loving, theater-loving, life-loving, intellectually vivid, charming and cultured people who were forced to give it all up and reinvent themselves. Somewhere — anywhere.”

“Unlike the Palestinians, the Jewish refugees of Egypt and other parts of the Middle East didn’t become a political cause,” Lagnado added. “Most [Middle Eastern Jews] quietly assimilated, and those who could quietly set about rebuilding their lives, but many others, like my father, died mourning their lost home and country. They died yearning for this corner of the Middle East they had loved so much, but which had stopped loving them back.”

Lagnado is survived by her husband, journalist Douglas Feiden.

Correction, July 12, 10:15 a.m.: A previous version of this article misstated Lagnado’s age. She was 62 at the time of her passing.