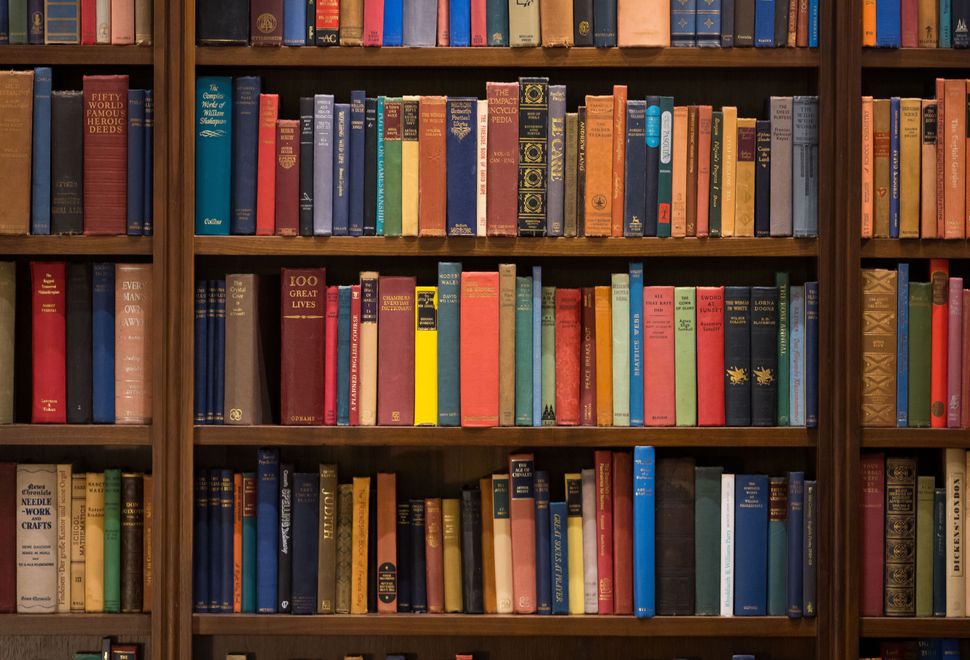 Michael Seidenberg, the affable, bearded bookseller who launched a secret literary salon in his Upper East Side apartment, died July 8 at a hospital in Danbury, Connecticut. He was 64.

His widow, Nicky Roe, told The New York Times that the cause of Seidenberg’s death was heart failure.

Born in Brooklyn on July 22, 1954 to Sam Seidenberg, a garment worker, and Dorothy Hara, a bookkeeper, Seidenberg was a regular at bookshops from an early age.

“People always relate to bookstores in a romantic way. As I grew up, that’s all I really wanted to go to, was bookshops,” Seidenberg told The New Yorker in a 2015 video.

Seidenberg opened the first of his bookstores, all of which were known as Brazenhead Books — “They are all Brazenhead. It’s like Spartacus,” Seidenberg told The Guardian — in 1979. He also ran a moving business, theater and puppet troupe from the storefront, located on Brooklyn’s Atlantic Avenue.

While running the first Brazenhead, Seidenberg offered a job to a 15-year-old local who agreed to be paid in books. That kid was the future novelist Jonathan Lethem, whom Seidenberg referred to as “the prototype” of a Brazenhead person — a literary obsessive who likes to hang out with others of his ilk.

Seidenberg’s Brooklyn shop closed in 1980. He established the second Brazenhead on East 84th Street in a location down the block from his rent-controlled apartment. But in 1987, he was forced out. “They wanted to make it a laundromat,” Seidenberg told The New Yorker.

For several years Seidenberg stored books in his apartment and sold them on the street and at book fairs.

“I thought maybe there’s no place for me,” Seidenberg told The New Yorker. “I didn’t want to sell online, that’s a little repulsive to me. And then I thought to do this, I’ll make a space where people can see my books, I’ll make it into a bookstore — but it will be in an apartment.”

In 2008, Seidenberg opened the third and most notable Brazenhead in his apartment on East 84th Street. He piled books on top of his furniture and lined the walls with shelves of every literary genre imaginable. (He and Roe moved to another apartment nearby, surrendering their old dwelling to his inventory.) The store was a speakeasy operation by necessity; Seidenberg didn’t want his landlord knowing he ran a business from his residence.

“In the beginning the store was by appointment only, and I had a bunch of people here at the same time for appointments,” Seidenberg told Gothamist in 2015. “I saw the way they interacted with each other and I loved it. People have met here and gotten married. It’s a thousand times better than a bar, especially if you’re a bookish person.”

While the shop wasn’t advertised, for obvious reasons, Seidenberg was known to say “I’m in the phonebook,” and offer his address to those who called to ask for it.

Seidenberg began hosting literary salons and readings at the bookshop on the advice of Lethem, and the 84th Street Brazenhead became a popular hangout for young, hip and literate New Yorkers who wanted to talk books and imbibe patron-provided booze. The store came dangerously close to having too high a profile when Lethem included a version of the furtive shop in his 2009 novel “Chronic City.”

“When that came out, [Lethem] told me the publishers are going to want to do a cross promotion with you because the character lives here,” Seidenberg told Gothamist. “I said no because he’s just too popular. It would be too much attention to keep this place the way it is. What I like is the sense of community. If you’re just coming and getting a book and I’m never going to see you again — I mean, I don’t want to spend all my time doing that.”

Seidenberg was a genial host, regularly seen smoking a pipe and engaging browsers in conversation on some of his rarer or more esoteric tomes. He often sold books at a loss if he knew the buyer in question was a writer.

“I’m a good book buyer, but if the collection seems like genius, it’s really that I’m just a horrible bookseller,” Seidenberg told The New York Times in 2015. The party couldn’t last forever. In 2015, Seidenberg was served an eviction notice. He closed up shop in July of that year. Far from defeated, Seidenberg stayed optimistic, hosting a number of well-attended “final nights” at the store.

“When I lost my lease I thought it would be projected as another negative New York story,” Seidenberg told Gothamist. “I thought, seriously? I did this for eight years, and the minute I have a problem hundreds of people are contacting me that I don’t know? When I lost my lease I had dozens of lawyers calling to help. That’s a good story, that’s not a bad story.”

Instead of closing down for good, Seidenberg expanded — discreetly. He bought a house in Kent, New York and moved the rest of his inventory to an apartment near the old store, selling at both, but reverting back to a by-appointment system.

Reflecting in 2015 on the culture fostered by his soon-to-be shuttered literary hideout, Seidenberg was pleased he could provide a place for young bibliophiles.

“I learned so much from weird old guys in bookshops when I was young and now I am the weird old guy,” Seidenberg told Gothamist. “I wanted them to feel like they could just come in and hang out.”