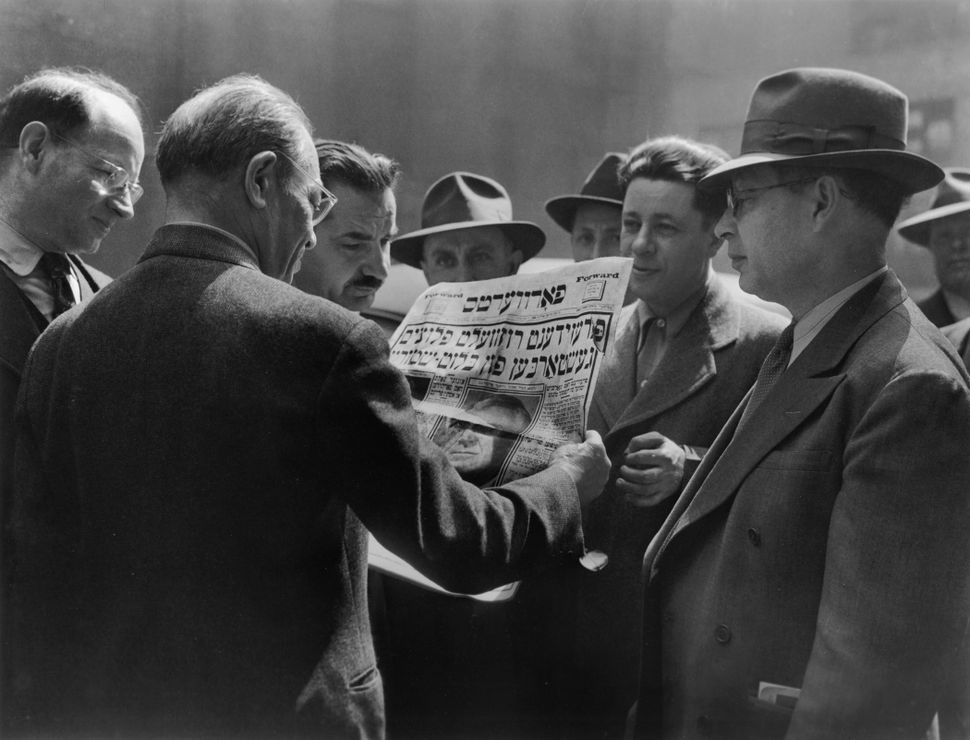 Ida Wyman, whose keen-eyed photography captured both ordinary and larger-than-life subjects, died on July 13 in Fitchburg, Wisconsin. She was 93.

Her death was reported by Monroe Galleries in Sante Fe, New Mexico, which represents Wyman’s work.

Wyman was a trailblazing street and documentary photographer for Life and Look magazines who approached her craft with empathy and an abiding curiosity for how others lived.

“Photography has been a part of my life since I was fourteen when I began making pictures with a glorified box camera,” Wyman wrote in an artist statement for the Stephen Cohen Gallery in Los Angeles. “It seemed like a magical process, allowing me to hold forever on film what my eyes saw and what my heart felt, as I explored the various neighborhoods of New York City. Everyday life and where it was happening was what interested me.”

Ida Dora Wyman was born on March 7, 1926, in Malden, Massachusetts, to Joseph and Rebecca (Michalow) Wyman, immigrants from Riga, Latvia. As a child, Wyman and her parents relocated to the Bronx where the family started a grocery store.

With the camera she received from her parents, she joined the Walton High School Camera Club. As a member of the club, she met Life photographer Bernard Hoffman who had come to speak to students. Hoffman recognized Wyman’s promise and encouraged her to pursue photography as a career at a time when few women were working in the field.

When she was 16, Wyman began working for Acme News Pictures first as its inaugural “girl mailroom boy” and later as a printer in an all-male department. She learned she didn’t care for news photography and assigned herself photo essays to pursue on her lunch breaks and over weekends. She landed her first assignment with Look soon after.

Wyman’s early work caught the quotidian and, occasionally, the historic. She snapped a man on the Coney Island boardwalk gazing down a wastebasket, a child shining shoes, an iceman at work and, in April of 1945, a huddle of men peering at an issue of the Forverts announcing the death of Franklin Delano Roosevelt. 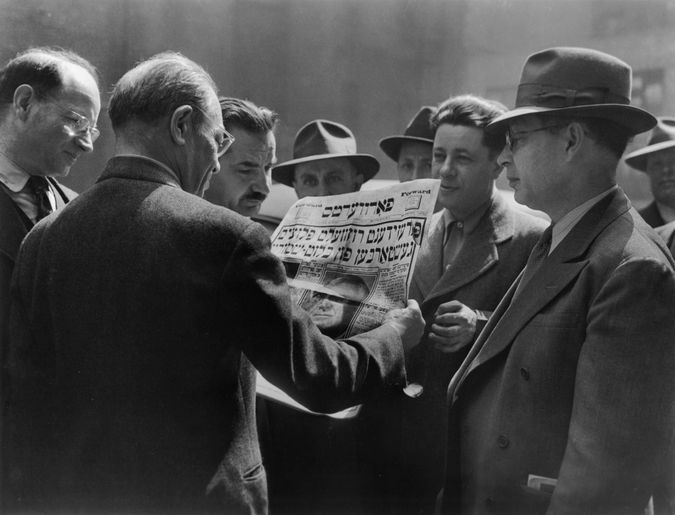 In 1945, men returned from the front and Wyman lost her position at Acme, but documented the joyous homecoming of sailors. Wyman then committed herself to photography, joining the Photo League, a radical group of shutterbugs that Wyman admired for its desire to affect change.

Wyman wrote in her unpublished memoir, “Girl Photographer: From the Bronx to Hollywood and Back,” quoted in a 2014 profile, that the League helped her “understand the power of photographs to help improve the social order by showing the conditions under which many people lived and worked. Even after leaving the League the following year, I continued to emphasize visual and social realities in my straightforward photographs.”

Wyman would leave New York in 1948, traveling alone through the U.S. and Mexico by bus and shooting what she saw along the way.

She landed in Los Angeles that year, doing assignments for Life.

In L.A., Wyman expanded her portfolio, continuing to capture street shots in between photo studies of Elizabeth Taylor, Montgomery Clift and even Ronald Reagan and his chimp co-star in “Bedtime for Bonzo” (1951).

“I used to walk around the set with him, holding his hand,” Wyman told The Journal News of White Plains in 1984 of the latter subject. “You began to think of him as a big kid with hair, except he had a very powerful grip, not like a 5-year-old.”

Wyman was also dispatched to cover the 1950 senate race between Helen Gahagan Douglas and Richard Nixon.

Wyman’s first child, David, was born in 1951, which stalled Wyman’s assignments at Life. (Her husband, Simon Nathan, continued to work as a professional photographer). After a decade as a homemaker, caring for David and his sister, Nancy, Wyman returned to behind the camera but left career magazine work behind.

In 1962, Wyman took a job as a photographer of scientific research projects at Haskins Laboratories in New York. She stayed within the realm of science for some years, serving as chief photographer for the pathology department of Columbia University’s College of Physicians and Surgeons from 1968 to 1983. Upon leaving Columbia, she resumed work as a freelancer until the 1990s when carrying her heavy equipment started to strain her back.

But while her work stopped around that time, Wyman’s earlier career was receiving retroactive attention. She was the subject of solo and group shows, mostly in her hometown of New York. Wyman moved to Madison, Wisconsin in 2006 to be near her family and in 2014 was the subject of a solo exhibition at the Watrous Gallery in there. Selections of her work are housed at the Museum of Modern Art, the New York Public Library Photography Collection and the Madison Museum of Contemporary Art.

While Wyman is best remembered for her street photography, capturing children, workers and pedestrians, she said in a 2014 interview that she never cared for the term.

“Life was in the streets,” Wyman said, “That’s where you were.”