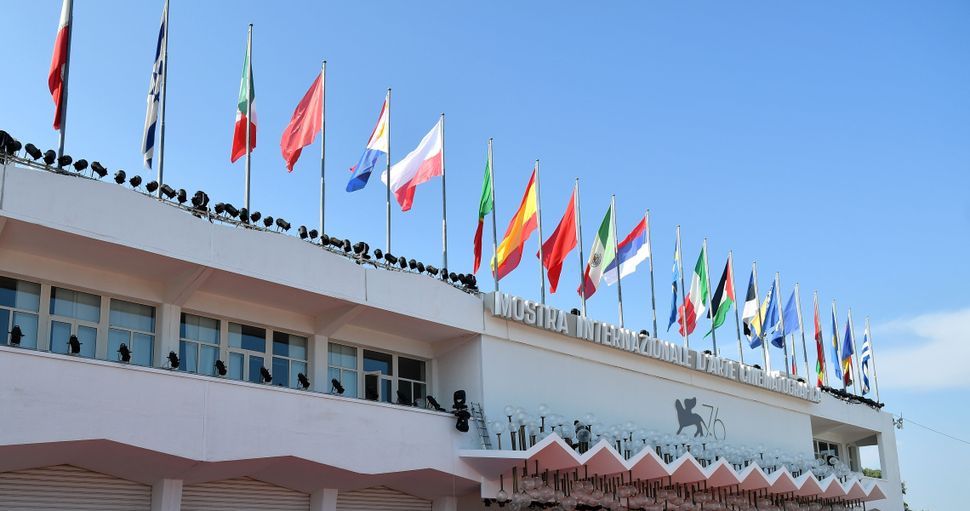 Jerzy Kosinski’s 1965 novel “The Painted Bird” has never been a story for the faint of heart. Following a young boy’s brutal tale of survival during the Holocaust in a vague Eastern European locale, the book includes sequences of incest, rape, murder and the terrible pecking-related death of the titular bird.

Now, a film adaptation of the novel has left some viewers sick to their stomachs. The Agence France Presse reports that audiences at the Venice Film Festival were clawing their way to the exits of a Wednesday screening – only to find that the doors were locked.

While some critics viewed the film — starring Harvey Keitel, Stellan Skarsgard and a nine-year-old Czech Roma boy named Petr Kotlar — as a triumph for director Vaclav Marhoul, many were darting up the aisles for sequences that involve animal and human torture, bestiality and pedophilia.

In his glowing for The Guardian, Xan Brooks took a break from writing about the film on screen — which he dubbed “a monumental piece of work” — to address the audience reaction.

“One day they’ll make a film about the first public screening,” Brooks wrote. “It will feature the man who fell full-length on the steps in his effort to escape and the well-dressed woman who became so frantic to get out that she hit the stranger in the next seat.”

Brooks, who noted a dozen people who rushed to the exits at once, concluded that while he was “deeply glad” to have seen the nearly three-hour film, he also “ hope[d] to never cross its path again.

Marhoul defended his grim adaptation to the press at Venice, saying “only in darkness can we see light. Shining through all the horrors is, for me, hope and love.”

The director, whose previous credits include “Vejska” (2014) and “To the Woods” (2011), says he filmed the movie over 11 years, added that it was meant to reflect the current populist atmosphere in Europe.

But despite some discomfort from the audience, the film, shot in black and white, made a concerted effort to be less controversial than its source material on at least one account: The language. In order to avoid implicating any specific country, Marhoul, who is Czech, chose to create a Slavic-sounding language for the brief moments of dialogue in the largely speechless film.

Unlike the film, Kosinski’s novel attracted controversy that had little to do with the graphic and depraved episodes it contained. When the book was translated from English to Polish, Kosinski’s countrymen accused him of plagiarizing it. When the realities of Kosinski’s own childhood in the Holocaust — considerably different from that of his protagonist — were revealed, he was forced to play defense, as his publisher had marketed the book to appear autobiographical.

It remains to be seen if “The Painted Bird,” will encounter another decorative animal, Venice’s top prize of the Golden Lion, but some suspect awards buzz may be its best chance for a wider release.

“’The Painted Bird’ will require a tailwind of festival acclaim and awards to encourage distributors to invest in its implacable, stomach-testing bleakness,” wroteVariety’s Guy Lodge.

One thing’s for sure – future screenings should probably leave the doors unlocked.