You Can Own Marilyn Monroe’s Menorah – That’s Lit! 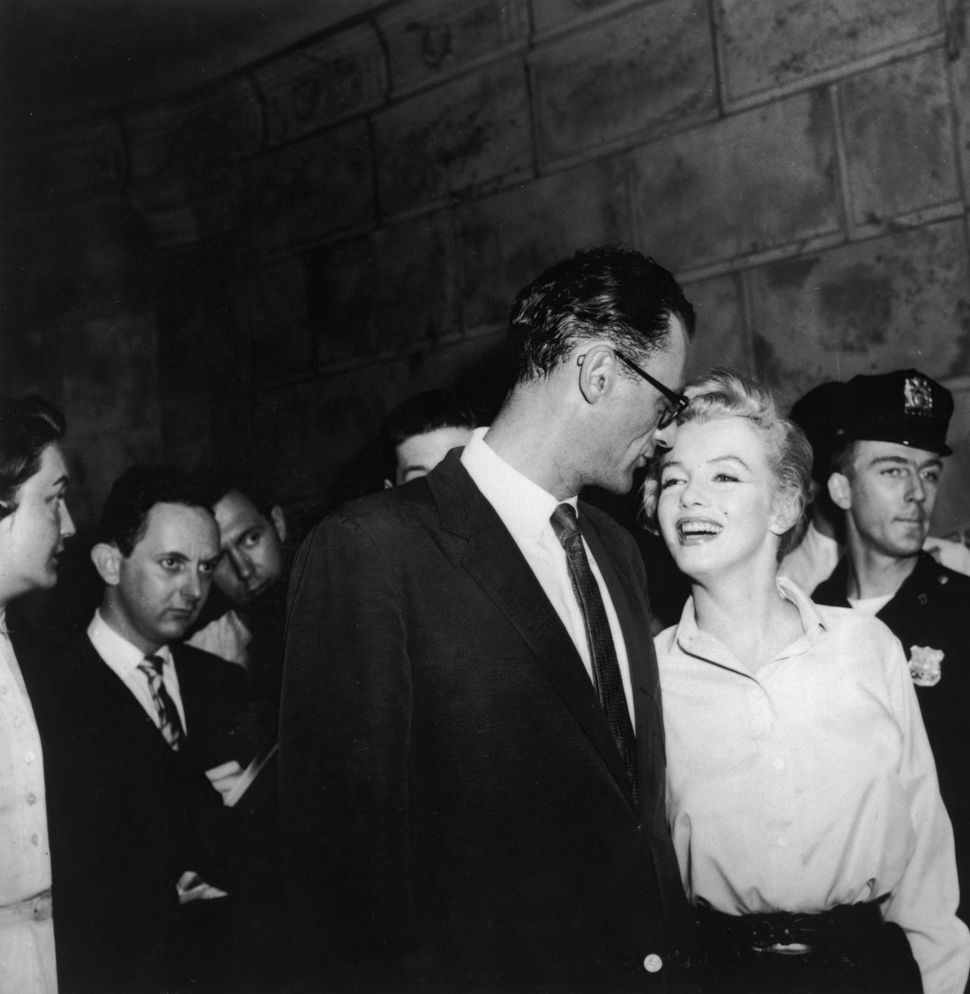 Even before her 1956 conversion, Marilyn Monroe, was attached to Judaism.

One of the most famous photos of the screen legend, with her white skirt fluttering in a jet of subway exhaust, was snapped by Garry Winogrand. The picture was promotion for Billy Wilder’s “The Seven Year Itch” (1955). A year after the film’s debut, she married playwright Arthur Miller and became a Member of the Tribe. The union didn’t last long enough for the aforementioned itch to creep up on either spouse, but Monroe’s relationship with Judaism endured for the rest of her life.

Last year a siddur owned and annotated by Monroe sold at auction for $21,000. Now, another piece of Monroe’s spiritual life will be on the block: Her menorah, gifted to her by Miller’s parents, and among her belongings at the time of her death in 1962.

Kestenbaum & Company, a New York auction house specializing in Judaica linked to historical figures — including such unlikely subjects as Henry VIII to Mother Theresa — will take bids for the item on November 7.

The menorah, which is being sold by a private collector who snagged it at Christie’s 20 years ago, has been on view before, included as part of the Jewish Museum’s exhibit “Becoming Jewish: Warhol’s Liz and Marilyn;” as well as an exhibit at the Museum of American Jewish History in Philadelphia. 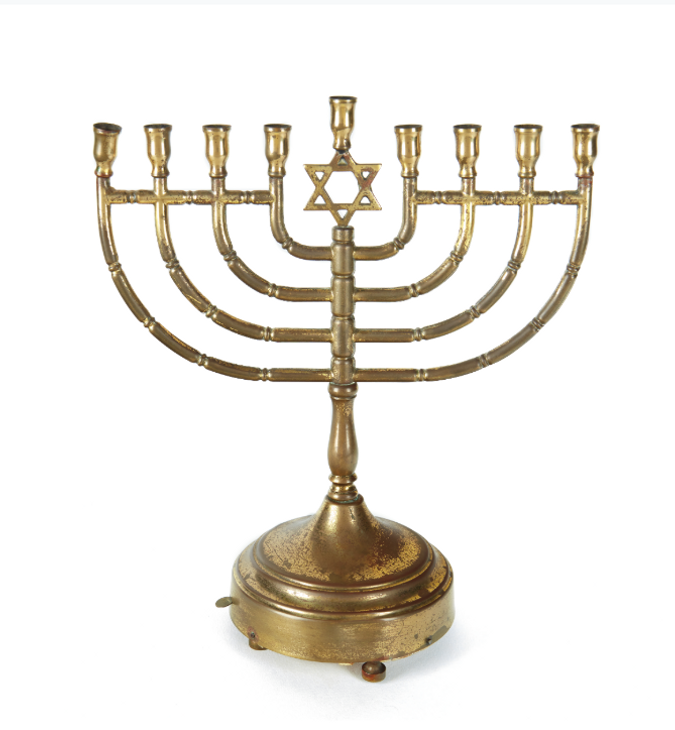 As far as menorahs go (and it’s technically a hanukkiah), Monroe’s is a pretty standard metal affair — not at all glamorous. Her personal rabbi, Robert E. Goldburg opined that Monroe was attracted to “the rationalism of Judaism.”

“Marilyn Monroe’s spellbinding magnetism knows no bounds,” the auction house company director, Daniel Kestenbaum, noted. “The market for memorabilia from the Golden Age of Hollywood goes from strength to strength, as does Fine Judaica, and as such this extraordinary item has remarkable provenance.”

This Hanukkah, you can pay tribute to the woman who, per Elton John, lived her life like a “Candle in the Wind,” by lighting her hanukkiah. But you’ll have to pay up first. Kestenbaum & Company have listed a guide price of $100,000 – 150,000 for the Marilyn menorah. With that price tag, you may not have money left over for presents.

You Can Own Marilyn Monroe’s Menorah – That’s Lit!