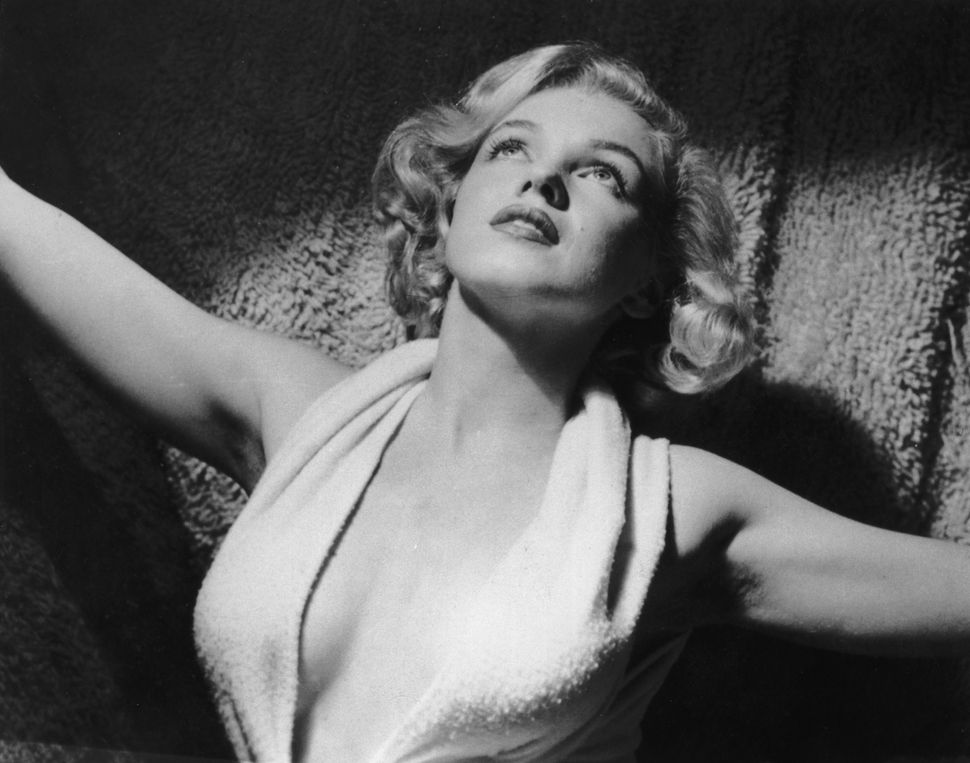 A bright white prayer book, published in 1922 and owned by American bombshell Marilyn Monroe, will be sold at auction on November 12. Jonathan Greenstein, of the auction house J. Greenstein & Company, says he’s sold Sammy Davis Jr.’s menorah and Alan Dershowitz’s judaica, “But nothing like this — Marilyn Monroe’s personal siddur.”

Monroe hitched her wagon to the Jewish star in 1956, converting when she married playwright Arthur Miller and going on to practice Judaism through the rest of her life, even after the dissolution of the marriage. The Washington Post reports that Monroe marked up her prayerbook — some pages read “omit” or “skip” in the starlet’s hand. Does that mean Marilyn Monroe didn’t say asher yatzar? You only need a few thousand bucks to find out, according to Greenstein, who estimates that it could go for a minimum of $7,000, though more seems likely — in 2010, an x-ray of Monroe’s chest sold for $45,000.

The wear and tear on the prayerbook suggests that Monroe used it regularly — she chose to convert despite lack of pressure from Miller and was open about her love of Judaism. She was drawn, her rabbi Robert E. Goldburg said, to “the rationalism of Judaism.”