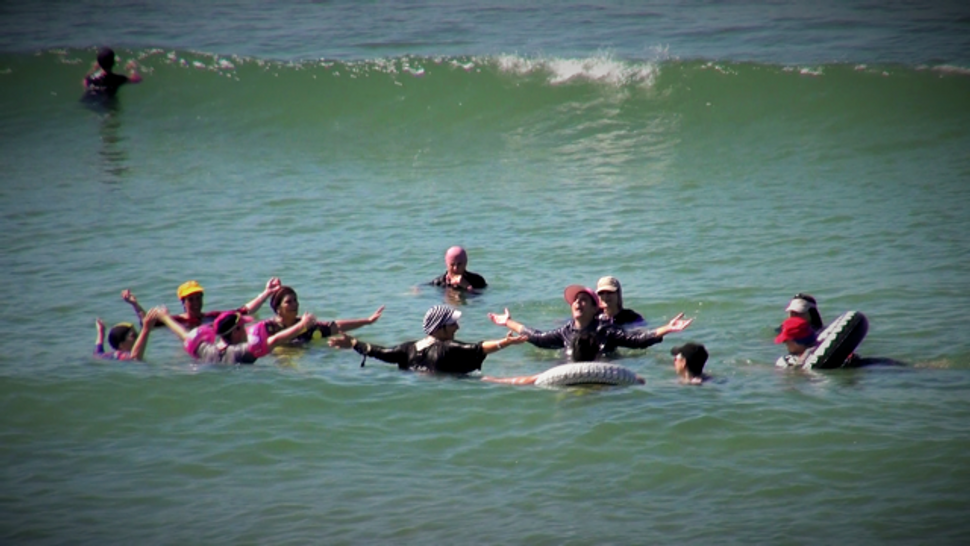 A still from “Kosher Beach.” Image by Courtesy of DOC NYC

A roadside murder spree that gripped Israel for years; healing divisions — both international and domestic; and the secret modesty of a sun-drenched beach and trailblazing women who break with convention in matters of art, sex, politics and law. These stories are part of a formidable lineup at DOC NYC, America’s largest documentary festival, which begins screenings at the IFC Center, Cinépolis Chelsea and the SVA Theatre November 6.

The slate of films makes a case that this is the year of Jewish women, with “Advocate,” by directors Rachel Leah and Philippe Bellaïche selected for the Winner’s Circle. The film follows attorney Lea Tsemel, who made her career defending some of Israel’s most controversial clients, as she mounts a defense for a 13-year-old Palestinian accused of the attempted murder of two Israelis.

Ryan White’s “Ask Dr. Ruth,” on the shortlist for feature films, celebrates the life of the beloved nonagenerian sex therapist (and former Haganah sniper) Dr. Ruth Westheimer, who will make an in-person appearance at the screening. Sagi Bornstein, Udi Nir and Shani Rozanes’s “Golda,” centered on a candid interview with Israel’s iconic female prime minister, Golda Meir, will have its international premiere at the festival, while “Queen of Hearts: Audrey Flack” delves into the varied career of its eponymous subject, the feminist artist and rebel.

In the bingeable category is “Coastal Road Killer,” directed by Yotam Guendelman, Air Pines and Mika Timor. The four-part series investigates a chain of unsolved murders committed along Israel’s coastal highway in the 1970s and ‘80s.

Peter Hutchison’s film “Healing From Hate: Battle for the Soul of a Nation” explores the efforts of “Life After Hate,” an organization founded by reformed neo-Nazis and skinheads hoping to help others start down a new path. Making its New York premiere is “The Human Factor,” by director Dror Moreh; it looks back on the American-led peace negotiations between Yitzhak Rabin, Yasser Arafat and Bill Clinton.

Two tales of Orthodox life in unexpected places are also on the bill. “Kosher Beach” by Karin Kainer profiles a stretch of sand, located between a gay beach and dog-friendly beach, which caters to Orthdodox women from Tel Aviv’s Bnei Brak suburb. Meanwhile, “The Rabbi Goes West,” by Gerald Peary and Amy Geller tracks a Chabad rabbi’s journey from Brooklyn to Bozeman, Montana.

DOC NYC runs from November 6-15 and boasts a program of over 300 films, many of which are followed by talkbacks with filmmakers and subjects. The full lineup can be found here.