The Third Reich’s Secret Expedition To Whale In Antarctica 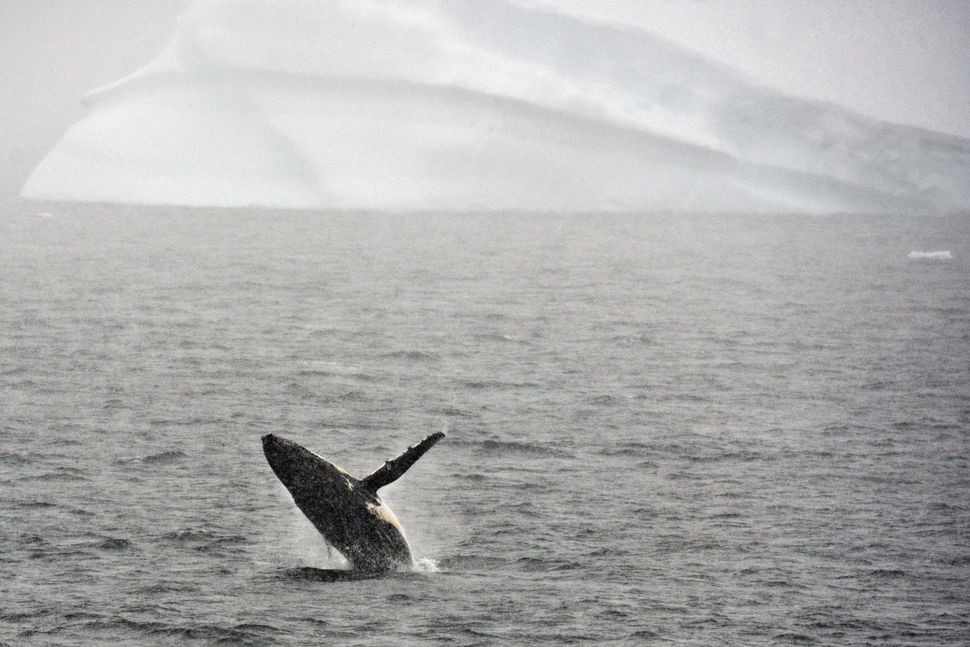 A whale in the Antarctic.

Here’s a whale of a tale: In 1938, Hitler planned a covert expedition to Antarctica for the purposes of securing a direct supply line of whale fat. His reasons were both predictably martial and puzzlingly culinary in nature.

Of all the political and social trends that preceded Hitler’s rise, one gastronomical development may come as a surprise: Germans had become hooked on margarine. So hooked, in fact, that, by 1930, they were eating 17.5 pounds of it per person annually, according to Atlas Obscura. Around the time Hitler came to power, whale fat became a part of a more cost effective margarine-making process. The trouble was, Germans didn’t have a direct line to the source.

This became a bigger problem as the years passed and Hitler’s military ambitions grew. For not only was whale oil necessary for the cheap production of a German staple food, whale fat had powerful military applications; it was usable both as a machine lubricant and an additive to nitroglycerin. By 1938, Germany and Britain were both stocking up on blubber, buying 83% of the harvest combined. But the Norwegians had the corner on the market, which was focused in a far corner of the world: Antarctica.

As History.com has reported, Germany started building whaling ships to reduce dependence on Norway. But the Antarctic was the last frontier for hunting the mammoth sea beasts, the pods having been thinned to almost nothing closer to Europe. So the German Foreign Office located a stretch of territory, Queen Maud Land, that was used extensively by the Norwegian whaling industry but had yet to be formally claimed as the territory of any nation. In early 1938, Councilor of State Helmut Wohlthat had approached Hermann Göring, who was charged with the “German Fat Plan,” about launching an expedition to take Queen Maud from the Norwegians. By May of that same year, plans were officially underway.

Captain Alfred Ritscher, a decorated World War I naval commander, was picked to lead the expedition. (Ritscher had formerly been married to a Jewish woman, whom he divorced in 1934 to continue his military career.) While Ritscher selected his crew of 82 based on their Arctic experience rather than Nazi party membership, the expedition was accompanied by a Nazi official who, among other things, made the sailors listen to Hitler’s Christmas speeches.

With a secretive mission, Ritscher and crew embarked from Hamburg on December 17, 1938 on an old freighter, the Schwabenland, that had been retrofitted as an ice-breaking vessel. On board were scientists, officers and military and two 10-ton Dornier “flying boats” rigged to catapults. These seaplanes were there for the mission’s main objective: surveillance of Queen Maud Land, which the Germans intended to rename Neu-Schwabenland, or New Swabia.

That rechristening would never come to pass. On January 14, before the boat reached the Antarctic Coast, Norway claimed Queen Maud Land by royal proclamation.

But the German expedition still brought dividends for polar exploration. When the Schwabenland reached its destination a month after it left Hamburg, the seaplanes, flung from catapults, took aerial photographs of unexplored land, covering 10,000 miles (and dropping Swastika-adorned darts along the way). According to Atlas Obscura, that mission increased the known size of Antarctica by 16 percent and uncovered several new mountain ranges. Still, no one accepted the German claim to the land, and the Reich never made a return voyage. Much of the expedition’s findings were lost in the war to come or sealed until publication in 1958.

As for margarine, come World War II, the spread was deemed unsuitable for the rationing system in Germany, as it was a commodity that was difficult to police locally. So while the Germans didn’t, as hoped, have a foothold in Antarctica, no one limited their consumption of their beloved margarine.

The Third Reich’s Secret Expedition To Whale In Antarctica