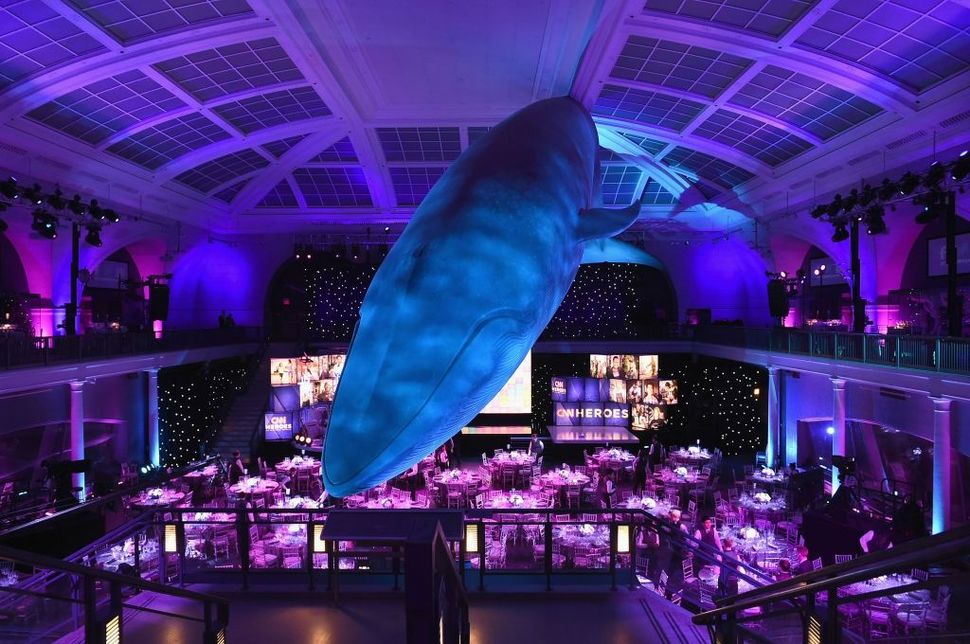 In June 2017, writer and composer Dave Malloy shared a diagram of some notes for his “Moby-Dick” musical on Twitter, complete with a cartoon sketch of a smiling whale. Beneath the diagram, in quotes, were the words, “We’ll not lower for calves.”

Lowering may be exactly what you imagine when you hear that a whaling opus is getting the Broadway treatment. But Malloy and his collaborator, director Rachel Chavkin, lower for no one. Rather, they ask the audience to rise. He already musical-ized the epic poem “Beowulf” as well as the very concept of the Internet (“Octet”); she won a Tony for directing a retelling of Greek mythology (this year’s “Hadestown”) and has her sights set on “Gone With The Wind.”

And together, the two of them scooped up a dozen Tony nominations for “Natasha, Pierre, and the Great Comet of 1812,” an adaptation of a segment of “War and Peace.” One wonders if a show-tunes take on the book of Leviticus is next.

“Does that really need to be a musical” is a favorite refrain of musical theater detractors, though just about every musical you’ve ever enjoyed — and all of the ones you’ve hated — were based either on a preexisting work or real events. (“Oklahoma” and “Hello, Dolly!” were plays, “Guys and Dolls” and “The Music Man” were short stories, “Rent” was an opera, and “Cats” was a book of T.S. Eliot poems.) That question was raised in the last week of July, just days before what would have been Herman Melville’s 200th birthday, as hundreds sat cheek-to-cheek in the American Museum of Natural History around a makeshift T-shaped stage. Above us, the 21,000 pound model of a blue whale hung from the ceiling, like a glum chandelier.

Malloy, who will play Melville in the first staging of the musical at the American Repertory Theater in Boston this winter, seated himself at the piano as a group of preternaturally good-looking actors mounted the stage, like models from a subway skincare advertisement come to life. Blushing, Malloy introduced the show and gestured centerstage to actor Nick Choksi, apologizing for not being able to recall the actor’s name.

“Call me Ishmael,” Choksi said, smiling pleasantly. Hoist the anchors — we were off.

In 90-minutes of semi-staged selections from the show, with no costumes, sets, or effects other than the gargantuan whale model, Malloy and Chavkin made the case that “Moby-Dick” does need to be a musical, and desperately. Melville’s novel is a white whale in its own right — such a giant of literature that no normal person you know has actually read the whole thing. For non-literary types, it exists more as a meme than a piece of writing. Malloy and Chavkin rejigger it as a good old-fashioned probe into the questions of human existence, complete with a catchy number about squeezing the lumps out of sperm oil.

Chavkin, who has said that the staging of “Moby Dick” will involve “a lot of puppets and a lot of goo,” cannily cast exclusively actors of color, with the pointed exception of Ahab. The three first mates, led by the startlingly good Starr Busby, are women.

“Who ain’t a slave? Tell me that,” Ishmael sings giddily, in an early number. “Who ain’t a slave? Are you kidding me?” the actor playing Pip, the black nine-year-old cabin boy, demands later. This is “Moby-Dick” dressed and deboned, not simply spoken aloud. Malloy has already demonstrated his power to make you feel like running to crack open a book you thought was closed to you forever, now he shows you how a notoriously impenetrable sermon-slash-fishing-manual could make you — yes you! — cry. Or should I say, blubber? Malloy certainly wouldn’t.

His and Chavkin’s shared vision for creating musicals — make something good, and success will follow — separates them from many of their peers on Broadway, who court popularity (see: the recent spate of hasty musical adaptations of beloved films, in the form of “Groundhogs Day,” “Pretty Woman,” “Tootsie,” and “Clueless.”) Musical theater is traditionally a commercial art form, so theirs is also an attitude that gives way easily to contempt for the form — lowering for calves, or tourists, or tired businessmen is Broadway’s secret to staying afloat. In its most successful moments, “Moby-Dick” dips into various musical traditions and genres without forgetting it’s a musical. Malloy makes Melville musically evocative with folk, blues, and whale song. It sounds, in turn, like Harry Nilsson’s “The Point,” and the ancient melody of the prayer Kol Nidre. His musical virtuosity is so evident — and only sometimes imperils the story. (There is a reason why no successful musical in history has a 30-minute-long existential jazz song cycle in the middle, as “Moby-Dick” does, and it’s not that nobody else thought of it yet.)

An early version of a song from “Moby-Dick”:

In fact, carping over the integrity of “Moby-Dick” is useless — it has already been made into a musical, and a successful one in its time. “Moby-Dick: A Whale of A Tale” was produced by theater mogul Cameron Mackintosh on the West End in 1990, with all the innuendo, cross-dressing, and teenagers that the 2019 version plans to avoid. Panned by critics but popular with audiences, that splashy, sexy “Moby-Dick” ultimately aimed for the same horizon as Malloy’s, which is bound for success because it is not a musical adaptation of the novel, but a musical interrogation of it. Mackintosh and Malloy both know that a story that starts with a sermon and calls for a whale is musical theater fodder, no doubt.

In a talk after the performance, Chavkin said that “Moby-Dick” attracts her because of its prime spot in the American imagination. Myths, she said, and the way we interpret them, give us a chance to “catch a glimpse of ourselves.” Those who can overcome their fear of the heft of “Moby-Dick” — or their allergy to theater that uses song and dance to advance story — will catch a glimpse of themselves here. But beware: lean too far, and you might fall in. As Chavkin cautions, “There will be a splash-zone.”