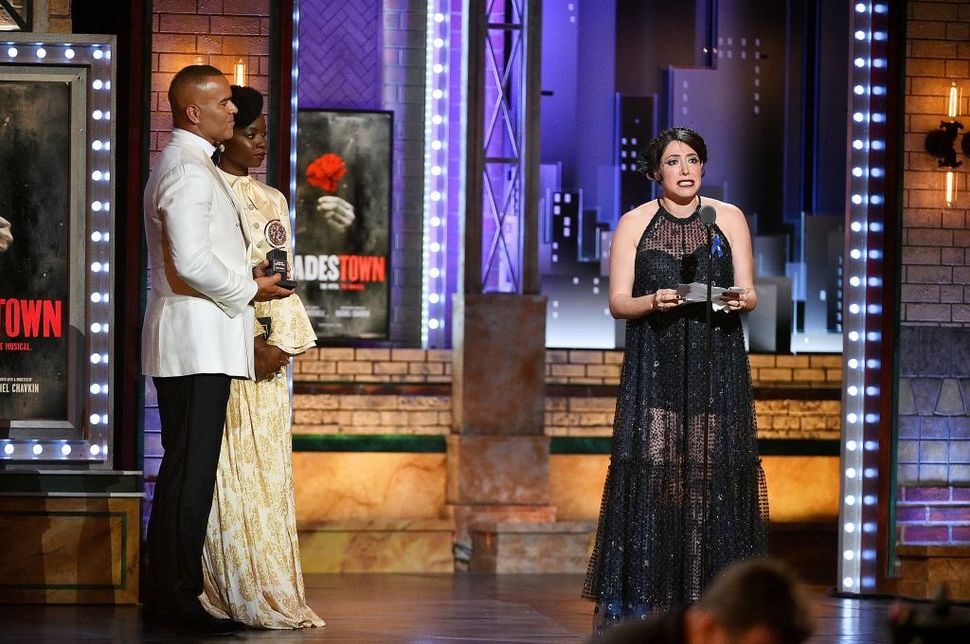 It’s time you learned the name Rachel Chavkin. She’s promising to have your back as you walk through hell.

On Sunday night, Chavkin nabbed the Tony Award for Best Director in a Musical for her work on Broadway’s “Hadestown.” The director, who previously received a nod for “Natasha, Pierre & the Great Comet of 1812,” was the only woman nominated for direction of a Broadway production this year, in a group of nine men. All of the men in Chavkin’s category were white.

Upon winning, Chavkin delivered a typically heartfelt speech about her experience directing ‘Hadestown.’ Then, apparently breaking away from her notes, she launched into an indictment of the theater establishment and a call for change.

“And that’s why I wish I wasn’t the only woman directing a musical on Broadway this season,” Chavkin said. “There are so many women who are ready to go. There are so many artists of color who are ready to go. And we need to see that racial diversity and that gender diversity reflected in our critical establishment, too,” she said, to shocked applause. “This is not a pipeline issue. It is a failure of imagination by a field whose job is to imagine the way the world could be.”

As Backstage writer Casey Mink noted, Chavkin is only the 10th woman in the 73 years of Tony Award history to win for direction, an especially notable disparity considering that there are two direction awards each year, one for plays and one for musicals. The daughter of two Jewish civil rights lawyers, Chavkin is only the fourth woman to ever win a Tony Award for Best Direction of a Musical. Her next project will be a musical version of “Moby Dick.”

As the characters in “Hadestown” sing: “You have to take the long way. Keep on walking, and don’t look back.”

“This is why I wish I wasn’t the only woman directing a musical on Broadway this season. There’s so many women and artists of color ready to go.” ???? #RachelChavkin #TonyAwards pic.twitter.com/EtRpINmeKC