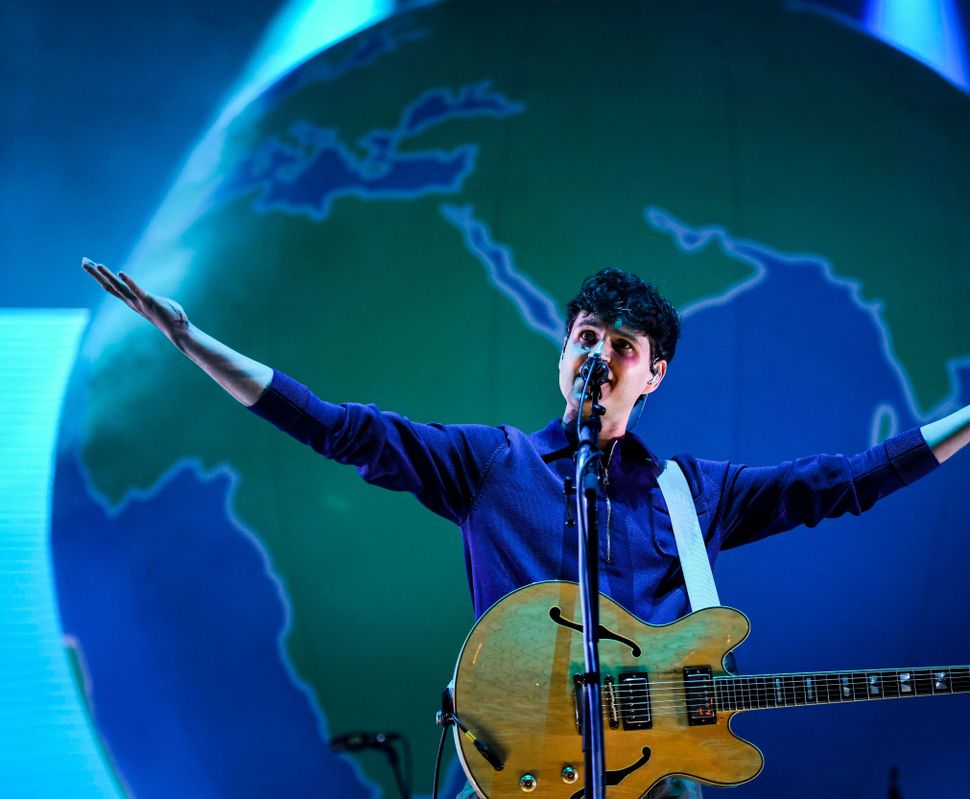 As with all things Jewish, there are ups, and there are downs. At first glance 2020’s Grammy nominees, announced November 20, find our people performing admirably, but not necessarily with the degree of success to which we’ve become accustomed. Drake, for example, only has two nominations, down from last year’s seven.

But the Grammys distributes awards in a lot of categories — many of which don’t get shown on television. It’s in those overlooked categories that the tribe is quietly thriving this go-round.

There are some marquee exceptions. Vampire Weekend is up for Album of the Year and Best Alternative Album for “Father of the Bride,” and the band’s frontman Ezra Koenig is up for Rock Song of the Year for “Harmony Hall.”

Producer Jack Antonoff is also doing well, garnering a nomination for Song of the Year for his work on Lana Del Rey’s “Norman F—ing Rockwell” and a nod for Producer of the Year (Non-Classical), competing with Dan Auerbach. The Meryl Streep of Grammys, Barbra Streisand, who put out the record “Walls” this time last year, was, naturally nominated for Traditional Pop Vocal Album.

But things really get interesting if you pore over the honors that will likely miss airtime on the live awards broadcast.

Best Jazz Ensemble Album, for instance, may go to the Anat Cohen Tentet for their album “Triple Helix.” And the Best American Roots Song — a category we didn’t even know existed, which covers the best of blues, bluegrass, folk and Americana? Rosanne Cash, daughter of Johnny, and her husband John Levanthal are nominated for their song “Crossing to Jerusalem,” which declares, somewhat sappily, “This is our deal with the sinners and saints/The law and up above/We’ll be crossing to Jerusalem/With nothing but our love.“ (A rabbi married Cash and Levanthal; before the ceremony Johnny Cash said “I’ve been waiting 40 years for one of my daughters to marry a Jew.”)

South African songster Gregory Alan Isakov is nominated for Best Folk Album for “Evening Machines.” Also in that category is the album “My Finest Work Yet” by Andrew Bird, who, while not a confirmed Jew by our research, has the middle name Wegman and enjoys the books of Saul Bellow and Michael Chabon.

The cast recording for Daniel Fish’s Broadway revival of Rodgers and Hammerstein’s musical “Oklahoma!,” hot off a Tony win for Best Revival of a Musical, is up for Best Musical Theater Album. Marc Shaiman won a nomination for Best Score Soundtrack for Visual Media for “Mary Poppins Returns.” And Randy Newman’s franchise film work is being recognized with a nomination for “The Ballad of the Lonesome Cowboy,” from “Toy Story 4,” for Best Song Written for Visual Media.

Fred Hersch’s “Begin Again” is up for Best Instrumental Composition. Steve Greenberg’s fans can enjoy his Grammy-nominated liner notes on “Stax ‘68: A Memphis Story.” And “The Great Comeback: Horowitz at Carnegie Hall,” a recording of the late pianist Vladimir Horowitz’s 1965 return concert at the legendary venue, is nominated for Best Historical Album.

A particularly fun item: James Ginsburg, son of Ruth Bader Ginsburg, is up for Producer of the Year (Classical). Ginsburg already has a bunch of Grammys for work produced by his label, Cedille Records. Still, we’re sure Justice Ginsburg is kvelling.

As for the aforementioned artist formerly known as Aubrey Graham, and currently known as Drake, he has a nod for Best R&B Song for “No Guidance” and Best Rap Song for “Gold Roses.” Whether he wins or not is all part of “God’s Plan.”