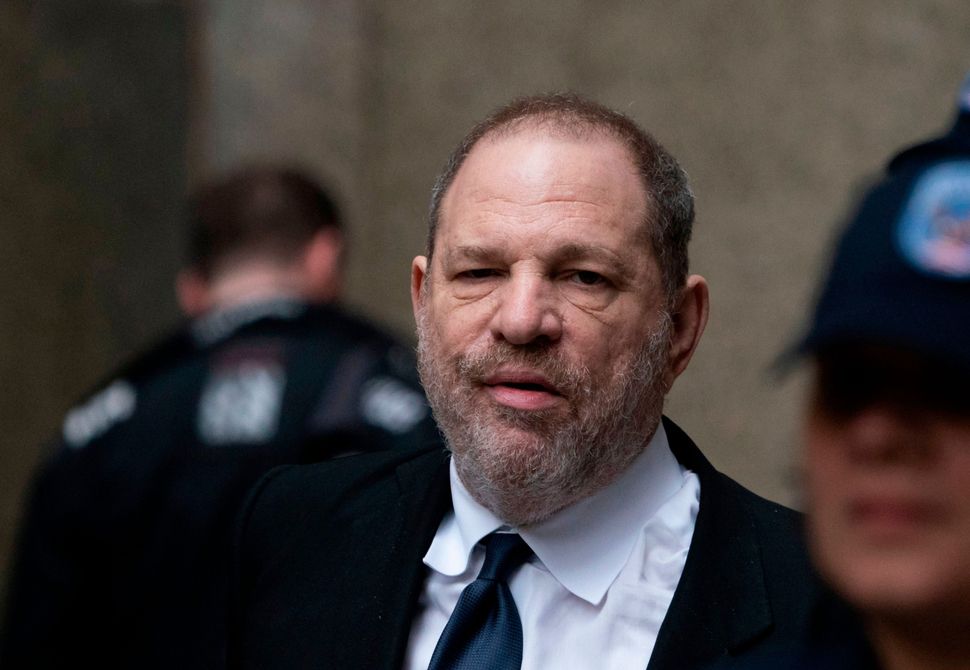 Film producer and alleged serial sexual abuser Harvey Weinstein has reached a tentative $25 million settlement agreement with dozens of his accusers. The money comes with a condition — no admission of wrongdoing and no money from Weinstein’s own pocket.

The New York Times’s Jodi Kantor and Megan Twohey, who won a Pulitzer prize for breaking the Weinstein story, first reported the news, writing that the proposed settlement — brought by Weinstein and his bankrupt film company, The Weinstein Company — has received preliminary approval of the major parties. The dozens of accusers included in settlement negotiations, who allege misbehavior on Weinstein’s part including actions from sexual harassment to rape, would split the proposed multi-million dollar settlement.

If finalized, the settlement would conclude almost every civil lawsuit commenced against the mogul and the Weinstein Company since 2017, when many of Weinstein’s accusers first came forward.

Actress Katherine Kendall, who accused Weinstein of pursuing her around his apartment while stripped naked in 1993, told The Times that she was upset by the terms, but agreed to them in part because she wanted other accusers to get what money they could.

The money may not amount to much for the accusers. Under the current terms, 18 of Weinstein’s accusers would split $6.2 million — meaning that no individual would walk away with more than $500,000. The remaining $18.5 million would go to other alleged victims participating in a separate class-action case and a case brought overseen by New York’s attorney general. There will also be funds made available to any future claimants. As part of the agreement, claimants must abandon their charges against Weinstein and any of his onetime company’s executives.

Actress Wedil David and producer Alexandra Canosa, both of whom are involved in civil suits against Weinstein, plan to challenge the settlement’s terms. David’s lawyer, Douglas Wigdor, told The Times that the women intended to dispute the a clause stipulating that, should they not agree to the settlement, $1 million from the fund would be forfeited to cover Weinstein’s defense.

“What’s most offensive is that they’re trying to force our client to settle,” Wigdor told The Times.

Aside from David and Canosa, most parties involved in the lawsuits against Weinstein have agreed to the terms. Their preliminary approval paves the way for a more detailed document to receive final approval by all concerned and be rubber-stamped by judges overseeing the federal case in New York and the Weinstein Company’s bankruptcy in Delaware.

Weinstein will face criminal in Manhattan in January on felony charges of sexual assault involving two women; the accusers party to current settlement negotiations brought civil suits. The number of plaintiffs in that case is limited, as many of the alleged victims did not want to be involved with a criminal trial. Their reasons for avoiding such involvement vary. Some have accused Weinstein of activity that does not rise to the level of felony, and some have complaints that do not meet New York state’s statute of limitations.

On Wednesday, Weinstein’s bail was raised from $1 to $2 million after prosecutors accused him of tampering with his ankle monitor. A state judge ordered the sum paid in an insurance company bond. Lawyers for a number of the plaintiffs told the Times that Weinstein, who won’t lose money on the proposed settlement, has said he may imminently file for personal bankruptcy.