On display at the Museum of Jewish Heritage’s new Auschwitz exhibit is a hand-embroidered floral blouse Chaya Palevsky made for her older sister Rachel Porus, a nurse, who kept many people alive in the Švenčionys ghetto.

When the family was put on a train, bound, they believed, for Kaunas, Chaya made a split-second decision to jump off. She later learned that nearly everyone aboard had been murdered at Ponar. Chaya sneaked into the Vilna ghetto, where a friend who had been tasked with sorting bodies at Ponar presented her with the embroidered blouse. Chaya became a partisan, and wore the blouse while on missions to blow up power stations, derail trains and raid German weapons depots. Like her sister, Chaya also served as a nurse, tending to the wounds, both physical and psychological, of her fellow partisans.

After liberation Chaya married Simon Palevsky, a fellow partisan, and moved to New York, where she cofounded “Nusekh Vilne,” an organization dedicated to preserving the cultural legacy of Lithuanian Jewry. A kind, grandmotherly figure who never lets visitors to her home leave without homemade snacks, she recently left New York after 73 years and now lives in Jacksonville Florida. 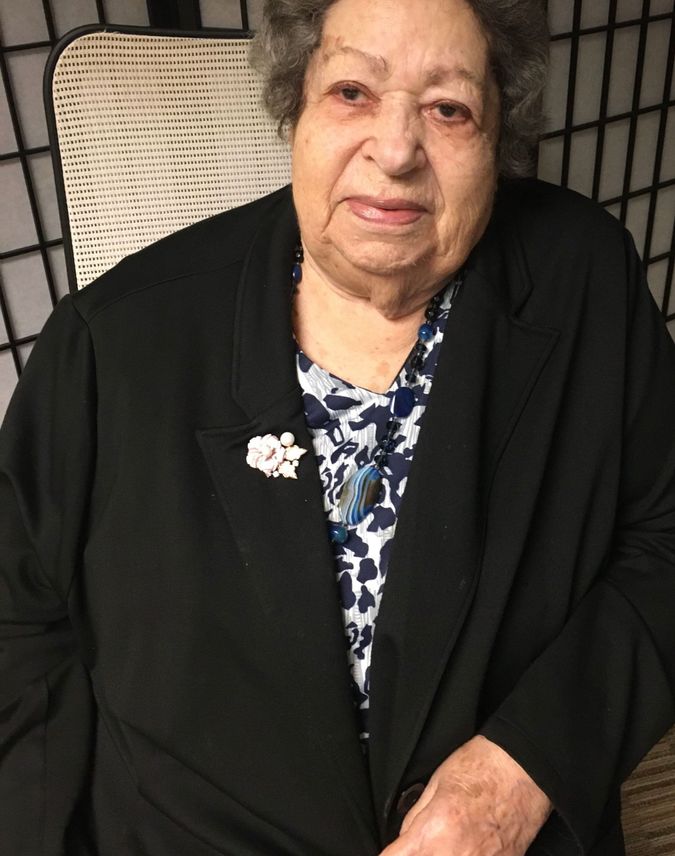 What’s the last thing you listened to on your phone? My grandson Sholem’s lovely voice

Earliest Jewish memory: All my childhood memories were Jewish until going to a Polish Gymnasium. Our home was traditional but not Orthodox. Yiddish and Polish were the primary languages. Father always brought home at least one “gast af shabes.” Every Pesach I’d help my mother make “teyglekh,” a recipe and practice now entrusted to my children.

Heroes: Malke, my mother, confidant baleboste of our household of eight. Murdered at Ponar. Her memory still stands by me. Shika Gertman, fellow Partisan who took his own life when captured by the Nazis rather than risk giving up our positions. Our families that joined the Camp Committee to establish and sustain Camp Hemshekh. Nancy Pelosi.

2019 memory: Our family Seder in St. Augustine, looking out to the sea. Family and close friends, Jewish and not, in Yiddish and English, Hebrew and Spanish with singing, and talking and arguing and Middle Eastern food. A rikhtiker yontif!

Favorite thing about being Jewish: It is who I am.

What app can you not live without? Chopped Liver

Weekend ritual: Shabes lunch with my children, especially if my “eynikl” Dr Sholem joins us.