Adam Serwer, 37, is one of the most important journalists on the left writing today. A staff writer at The Atlantic, he delivers trenchant analysis and gives voice to the devastating frustration many feel with the Trump Administration. In the wake of the family separation policy that tore migrant children from their mothers’ arms, Serwer, who lives in Texas, offered this searingly apt phrase: “The cruelty is the point.” Whether or not you agree with his arguments, the body of work Serwer has produced over the past three years is impossible to ignore. Deeply enmeshed in American history, his writing calls upon the ghosts of our past to explain the mysteries of our present and to demand a more just future. Whether he is taking on Trump’s supporters, white nationalism, corruption, or the culture wars, Serwer’s oeuvre is a battlecry for a better America. 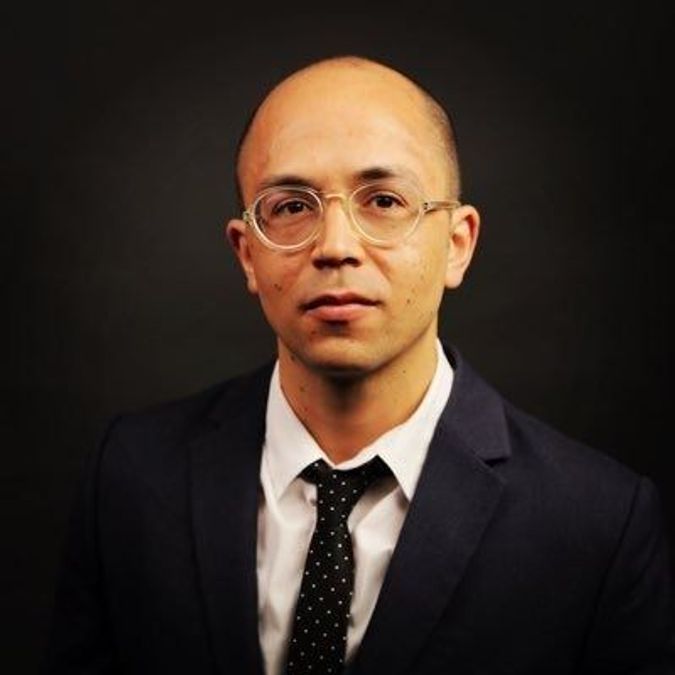 What do you have for breakfast? Black coffee. I rarely eat breakfast.

What’s the last thing you listened to on your phone? Jamila Woods’ album “LEGACY! LEGACY!”

Earliest Jewish memory: My first Passover dinner, in which I was an actual wicked child and had to be removed from the table.

Heroes: I don’t have heroes exactly, but my favorite writers are W.E.B. Du Bois and Hannah Arendt.

2019 memory: I was in D.C. for Yom Kippur because my parents’ temple asked me to do an event. My wife called and told me she was going into labor, and I had to hop a plane back to Texas. I am actually at a loss for words in describing the experience of becoming a parent, of seeing your child enter the world for the first time. It is completely overwhelming, the emotional equivalent of staring directly at the sun. Our daughter was born two days after I came back, right after the holiday ended, and I like to joke that she took so long because she is so pious she didn’t want to interrupt.

What app can you not live without? Spotify. I listen to music while I’m doing almost anything — cooking, exercising, writing — so it would be tough not to have access to all the playlists and songs I’ve curated for particular purposes.

Weekend ritual: My wife’s job takes her away from home for very long periods, so honestly the thing I love most about weekends is that we can all be together without having to worry about work or other things.

Adam Serwer’s 2018 article headlined “The Cruelty is the Point.”

The rest of his work for The Atlantic.