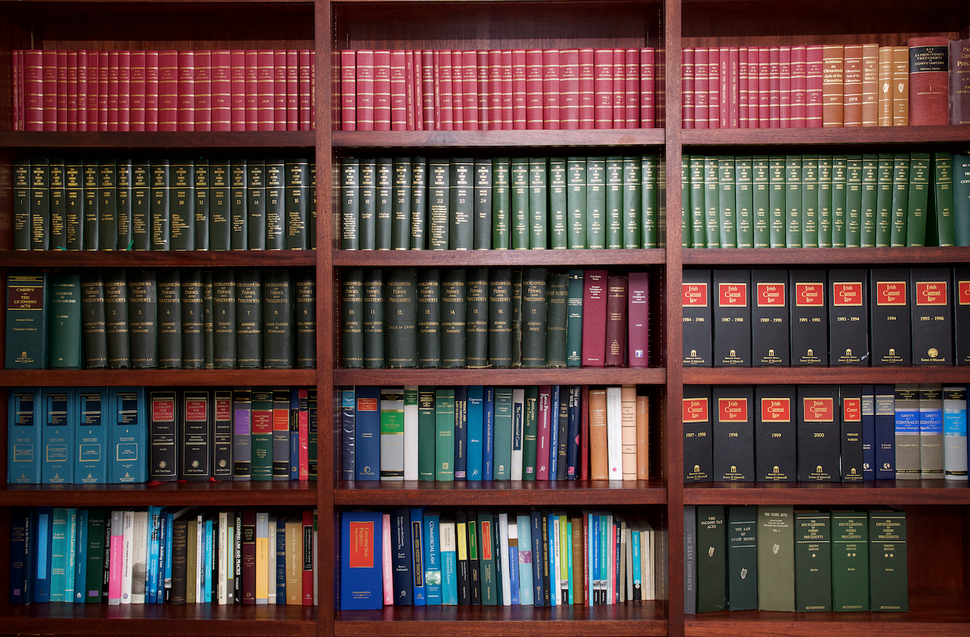 A bookcase Image by iStock

Updated, January 17, 4:32 pm: This story has been updated to include a list to the complete list of winners of the 2019 awards.

Short tales of whimsy, a new translation of the Bible, unsung American matriarchs and two rousing calls to combat the so-called “oldest hatred:” These are the winners of the 69th Annual Jewish Book Awards.

A trio of recognizable scholars led this year’s awards. In nonfiction, Pamela S. Nadell won the Everett Family Foundation Book of the Year award for her ambitious “America’s Jewish Women: A History from Colonial Times to Today.” Legendary Hebrew professor Robert Alter received a Lifetime Achievement Award for the completion of his decades-long opus, “The Hebrew Bible: A Translation with Commentary.” And Forward contributing columnist Deborah E. Lipstadt was awarded the Jew­ish Edu­ca­tion and Iden­ti­ty Award in Mem­o­ry of Dorothy Krip­ke for “Antisemitism: Here and Now.”

Journalists also made a splash. The New York Times columnist Bari Weiss received the award for Con­tem­po­rary Jewish Life and Prac­tice in Mem­o­ry of Myra H. Kraft for her book “How to Fight Anti-Semitism.” Daniel Okrent won the Ger­rard and Ella Berman Memo­r­i­al Award for His­to­ry for “The Guard­ed Gate: Big­otry, Eugen­ics and the Law That Kept Two Gen­er­a­tions of Jews, Ital­ians, and Oth­er Euro­pean Immi­grants Out of Amer­i­ca.” And Dani Shapiro won the Krauss Fam­i­ly Auto­bi­og­ra­phy & Mem­oir Award for her chronicle of genetic self-discovery, “Inheritance: A Memoir of Genealogy, Paternity, and Love.”

Rounding out the nonfiction categories, the inau­gur­al Jane and Stu­art Weitz­man Fam­i­ly Award for Food Writ­ing and Cook­books was awarded to András Koern­e’s tantalizing “Jew­ish Cui­sine in Hun­gary: A Cul­tur­al His­to­ry with 83 Authen­tic Recipes.” David E. Lowe was honored with the sec­ond annu­al Biog­ra­phy Award in Mem­o­ry of Sara Beren­son Stone for his book “Touched with Fire: Mor­ris B. Abram and the Bat­tle against Racial and Reli­gious Dis­crim­i­na­tion.” And Michael Dobbs earned the 2019 Holo­caust Award in Mem­o­ry of Ernest W. Michel for “The Unwant­ed: Amer­i­ca, Auschwitz, and a Vil­lage Caught In Between.”

Ilya Kaminsky’s “Deaf Republic” which was a finalist for a 2019 National Book Award, won the Berru Award in Mem­o­ry of Ruth and Bernie Wein­flash in the Poet­ry category.

Honoring those who helped authors along the way, the Mentorship Award in Hon­or of Car­olyn Star­man Hes­sel goes to Dena W. Neusner, Executive Editor at Behrman House and Apples & Honey Press. And Shimon Adaf is the 2020 win­ner of the Paper Brigade Award for New Israeli Fic­tion in Hon­or of Jane Weitz­man.

Winners of the 2019 awards will be honored March 17, 2020 at an awards dinner at the Bohemian National Hall in Manhattan. For a complete list of those honored, see here.