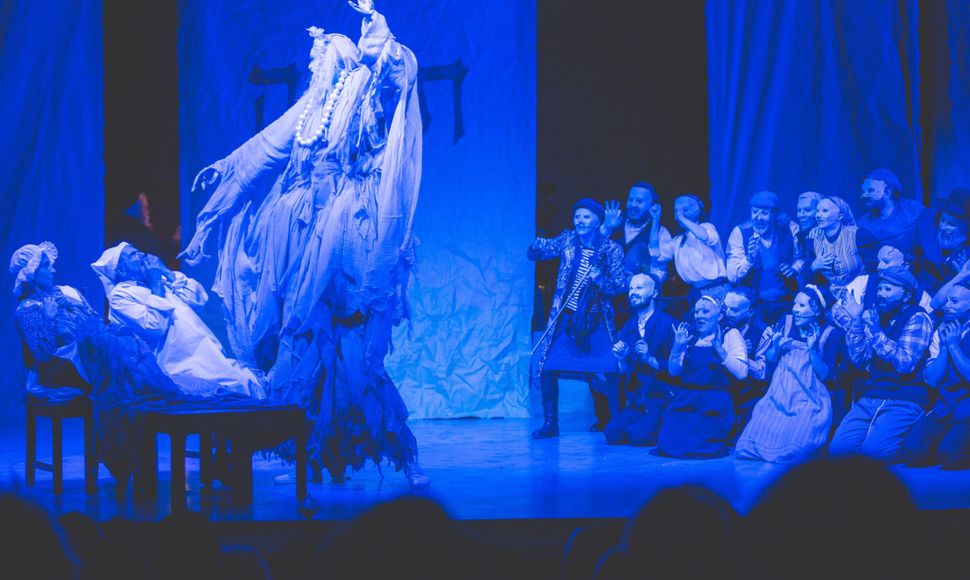 As the novel coronavirus outbreak continues, social distancing remains the cool thing to do — just listen to Mel Brooks.

Luckily, our favorite cultural figures and institutions continue to find creative ways to keep us entertained. In case you missed our first installment, as the country enters an unprecedented period of isolation to stem the progress of the outbreak, we’ll be sharing a few suggestions everyday for how to keep yourself and your family entertained. Here are today’s picks.

1) Shake it off with Ben Platt — for charity!

Platt and friends will be hosting a virtual dance party dubbed “#QuaranTunes” over an app called Stationhead at 6 pm EST. Look for his station, “BenSPLATT,” and tune in to bop along to the playlist. You can catch the party on Instagram too, and if you swipe up while watching Live on the platform, you’ll be linked to a donation page to the New York City Food Bank.

2) Let the Folksbiene bring the Yiddishkeit to you

Tonight at 7:00 pm EST, the National Yiddish Theatre Folksbiene will launch “Folksbiene LIVE!” a programming series that will run weekdays on its Facebook page. The series kicks off with Artistic Director Zalmen Mlotek performing a concert of Yiddish classics from his living room. (Psst: He’s taking requests.)

Like all Broadway shows, Ivo van Hove’s bold new take on “West Side Story” has gone dark for the foreseeable future. But the immortal words of Stephen Sondehim still apply: “could it be?/Yes it could/Something’s coming/Something good.”

Vanity Fair has a first look at Stephen Spielberg and Tony Kushner’s forthcoming film adaptation of Leonard Bernstein, Jerome Robbins and Sondheim’s classic musical, featuring the cast in period-hip Chuck Taylors and billowing dresses, mid-dance. For the remake, Spielberg brought in Ansel Elgort of “Baby Driver” — not looking all that babyish as a skinny-tied Tony — newcomer Rachel Zegler as Maria and, most excitingly, Rita Moreno, who won an Oscar for playing Anita in Robert Wise and Robbins’ original screen adaptation. In the Spielberg-Kusher iteration, Moreno will originate a new role: Valentina, a fresh take on Doc, the Jewish-coded storekeeper from the original play and film.

“This story is not only a product of its time, but that time has returned, and it’s returned with a kind of social fury,” Spielberg told Vanity Fair. “I really wanted to tell that Puerto Rican, Nuyorican experience of basically the migration to this country and the struggle to make a living, and to have children, and to battle against the obstacles of xenophobia and racial prejudice.”