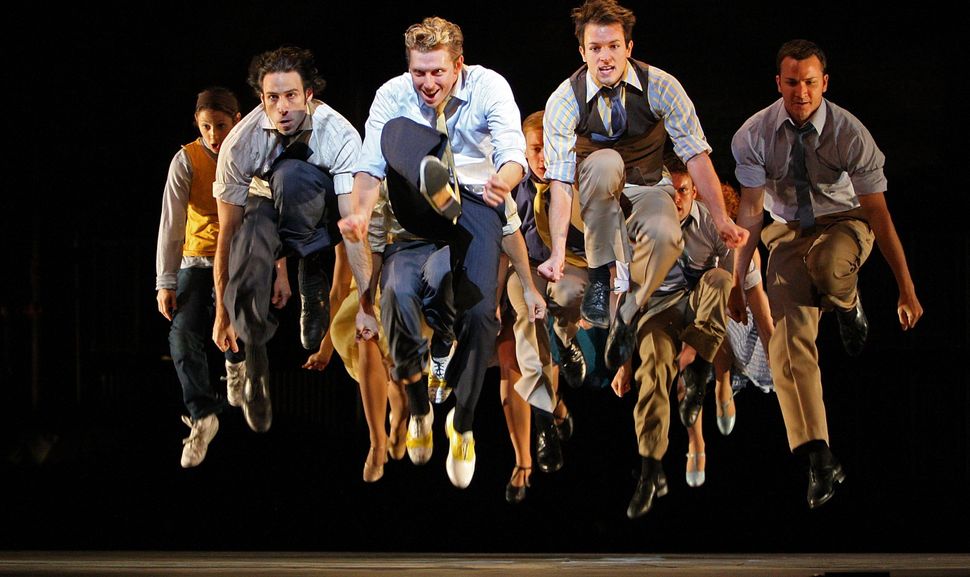 A scene from “West Side Story” in dress rehearsal at Manhattan’s City Center on October 27, 2008. Image by Andrew H. Walker/Getty Images

Stephen Sondheim, the lyricist for “West Side Story,” dislikes the movie version of the seminal musical for sticking too closely to the source material.

“I don’t think ‘West Side Story’ [is] a good movie at all because it’s not a movie. It’s a photograph of a stage,” the Tony-winning composer said in a 2016 interview conducted at the National Theatre in London. He’ll almost certainly be disappointed with Tony Kushner and Steven Spielberg’s remake plans. Maybe a rumble’s brewing.

Vanity Fair reports that Kushner, who will be writing the screenplay for forthcoming film, said his version will distinguish itself from the 1961 Robert Wise-Jerome Robbins original by using the 1959 stage production as a springboard.

“The way I approached it and the way Steven is approaching it is using the great text — the Leonard Bernstein score, which is arguably the most beautiful score ever written for musical theater, and Arthur Laurents’s original book is a masterpiece. And we started building from that,” Kushner said from the red carpet of the Arthur Miller Foundation Honors October 22.

Kushner was receiving the foundation’s humanitarian award and, fittingly, alluded to including more social awareness in his script for the “West Side Story” remake.

“I don’t know if ‘gritty’ is necessarily the right word, but there are aspects of urban life in ‘57, ‘58, ‘59 that weren’t touched on in the 1961 movie that we are focusing on,” Kushner said. It’s possible those aspects include poverty, urban development and crime in addition to the racial prejudice baked into the story of feuding gangs of white and Puerto Rican Americans.

Details of the film, now in pre-production, remain scant, though it was announced at the beginning of the month that “Baby Driver” star Ansel Elgort would be snapping into the role of the male lead, Tony. As for the other Tony’s feelings on the 1961 film, he doesn’t share Sondheim’s opinion of it.

“Our version is not meant to wipe out the original film, which is a masterpiece. It’s just meant to be a new interpretation,” Kushner said. Like Jets and Sharks, there’s room enough for both.