Q&A: The 800-page book about cruelty that smells like bubblegum 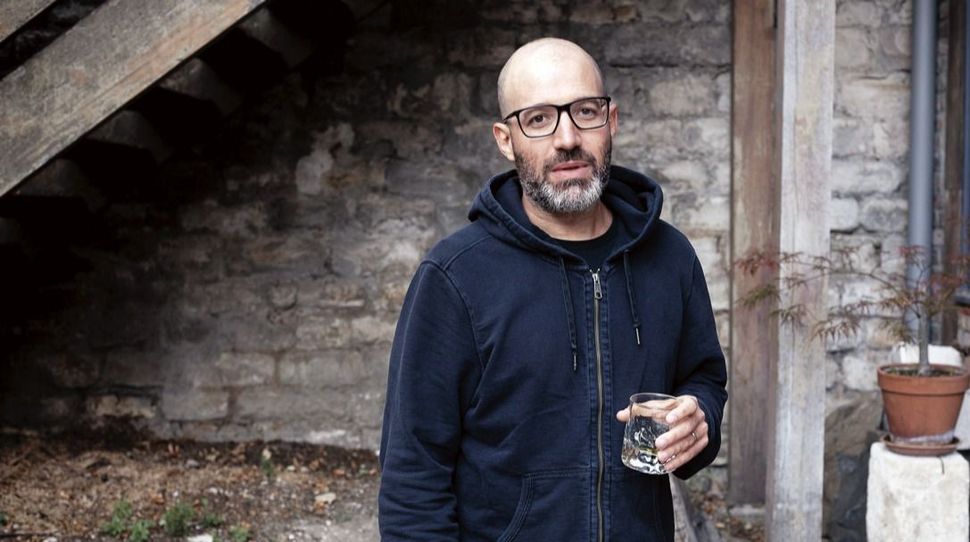 You could be forgiven for thinking Adam Levin’s second novel, “Bubblegum,” might make for a fun and poppy read, partially because the book literally smells like its namesake treat.

But the nearly-800-page tome, the “memoir” of the fictional Belt Magnet, a mentally ill author who intermittently speaks with inanimate objects, is no confectionery affair.

Belt’s life is mundane but for the presence of his closest companion, Blank, a “curio,” or “flesh and bone robot.” In Belt’s reality, curios (or “cures”) are ubiquitous consumer products made by a company that started as a munitions manufacturer. Akin to a more lifelike Furby — if a bit smaller in scale — they are perfect, selfless pets that provide everything from unconditional love and entertainment to sustenance and even a psychoactive drug derived from their spinal columns.

But Blank may be the oldest cure in existence, as Belt has no desire to do with it what nearly everyone else does with their own cures: Murder them in a cathartic display.

While reveling in absurd premises and sophomoric humor, “Bubblegum” is, more than anything, a considered look at the human capacity for cruelty. Levin, whose previous books include the 1,000-plus-page 2010 novel “The Instructions” (a finalist for the National Jewish Book Award) and the 2011 short story collection “Hot Pink,” is known for his inventively frattish dialogue, inserts of transcripts and instruction manuals and neo-Jamesian — and at times even Joycean — sentence structure, all of which are on full display in his new venture.

I spoke with Levin over the phone about how the alternate world of the book took shape. The following conversation has been edited for length and clarity.

PJ Grisar: There are a lot of high concepts in this book. Which ideas came first?

Adam Levin: In 2003 or 2004 I wrote a short story that [Belt] and his father were in. I didn’t publish it, it was terrible, but it was very intriguing to me. I had him in my head. But then I started having this idea about the curios. Then I started to write the instruction manual for the curios. That was the first thing that had any depth that I ended up keeping. I thought “Maybe it would be such an awful idea to complicate this further by adding this guy who talks to inanimate objects that I should do it.” And so I did it.

In terms of the character of Belt, I know you worked for a time as a therapist — did that experience inform his character?

I think it informed it a little. I was working at a Jewish social work organization and there was a guy who had been a client of theirs for like 40 years. It’s not common, really, that people with schizophrenia have talk therapists who meet with them regularly, but this guy did and I went to visit him. This man had never taken any medication, and he wasn’t like a joyful guy, but he had a job, he was functioning. He had his ideas and if you talked to him these paranoid things [came] out, but he had never been on meds and he seemed like a free man — as much as anyone can. I thought, there are people out there who have ideas that most of us would find extremely strange, and they have experiences that most of us would find extremely strange, but they actually are, one on one, not all that different from us if you probe the strangeness.

I read this book as a meditation on violence, especially as the marketing of curios makes them out to be things rather than animals. Do you think of them as something that was manufactured or creatures that are actually organic?

What I was thinking a lot about with this book was cruelty. There’s a difference, right? There’s such a thing as justified violence, potentially. There’s no such thing as justified cruelty. What ends up happening with those curios, what we come to accept — the “we” of the novel — is okay to do with them and to them, doesn’t look that different to me than the way we behave online or the way we behave when handguns are legal. Everything shifts and people — beings — become more like objects to us.

There’s a metafictional level to all this, given that it’s about an author and you yourself — as a character — appear in the text.

Right now autofiction is purportedly ascendent; people have, in the meantime, forgotten that the narrator and the author are different. That’s hilarious to me. I thought I could play with that. But the way that this stuff comes up for me — the metafictive kinda thing, and the weird formal stuff that I end up doing — is natural to me. My impulse is never to write anything straight, but to have the most massive slant possible. Like I said, the way the book started was I basically wrote an instruction manual.

So you found the curios just through writing the manual?

The idea of their being so irresistibly cute came from life. I ended up, through a string of random happenings, buy[ing] a parrot, which was the weirdest thing I ever did and it altered the way that I thought about everything. Part of that was I somehow failed to mature to the point, when I was a boy, where I realized that animals were creatures. I really looked on them as very aggravating, smelly machines at best, and usually kind of furniture that was in my way and might bite me. I’d seen animals and thought they were cute, but I always felt sort of stupid for finding them cute. And then when I got this bird he so fascinated me, and I thought about him all the time the way people do with their pets, and came to this basic, four-year-old’s realization, which was that this thing has desires and tries to manipulate the world to its own ends and wants affection.

That makes sense. And, in fact, a parrot appears prominently in one of Belt’s personal essays in the book. Parrots — like curios — are trainable and can talk a little bit. Did you train your bird?

I taught him like four words, and then it seemed vaguely exploitative. Now I feel there’s a whole other set of complications that go morally with owning a parrot, which are basically that it’s completely wrong to own a parrot. No one should do it. If I let him get free he would get murdered quickly, but otherwise I would let him free. He’s not supposed to be inside. He’s a wild animal. Now I’m getting depressing, but I love him.

Gogol. Like the writer. One of the reasons was he’d probably be able to say that pretty easy, and he was. It’s funny, and Gogol didn’t hate the Jews any more than his general milieu did already. I thought it was a good name for him.

Q&A: The 800-page book about cruelty that smells like bubblegum