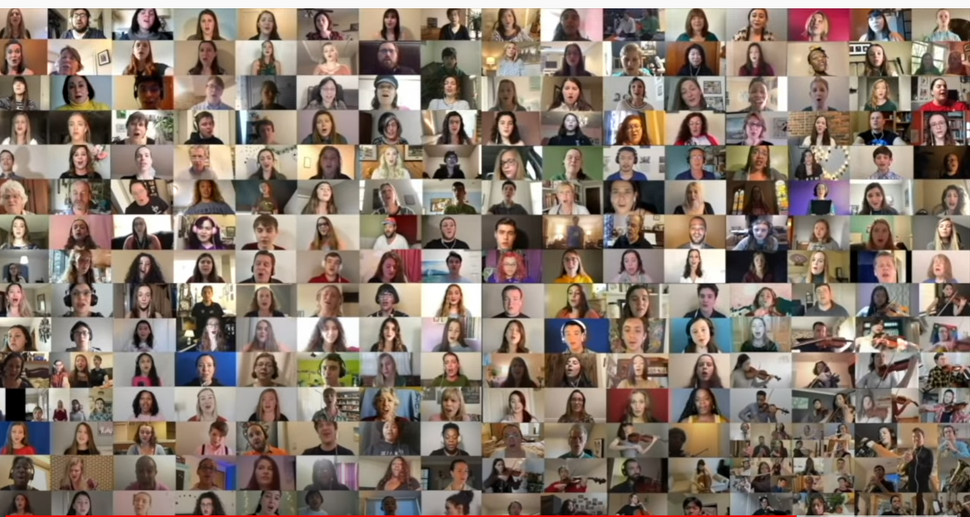 The key to the success of Richard Rodgers and Oscar Hammerstein II lies in how well their music works outside of its original context.

It’s easy to forget — or to not even not know — the South Pacific setting of “Some Enchanted Evening” or to adapt “My Favorite Things” into a Christmas song or ode to consumerism Heck, one of the songwriting team’s most beloved classics, “You’ll Never Walk Alone,” was written for an onstage moment directly following the suicide of an abusive husband after his failed attempted at a robbery.

But, the song, from the 1945 smash “Carousel” stands on its own, better recalling its show-ending, full ensemble reprise. Now, the number, which is the aural equivalent of slicing onions, is being used to boost morale during the COVID-19 pandemic. And we’re really glad it is.

“Right now we need to know that we’re all in this together and we’re not alone,” Harrison Sheckler, a Brooklyn College student who arranged an en masse performance of the song told SUM, the CUNY website.“I just thought ‘You’ll Never Walk Alone’ was the perfect uplifting song for fighting this invisible enemy and banding together to get through it.”

Sheckler, who is pursuing his master’s in music, began inviting singers and musicians to participate in his project online in March, having them submit clips for a compiled video. He managed to wrangle 300 singers and instrumentalists from 15 countries. Also showing school spirit were the Brooklyn College choir and orchestra.

The three minute video is a veritable wall of sound in mosaic form, with string players, a wind section and a diverse group of vocalists. Sheckler noted that the composition, which carries a message of perseverance and hope, “tugs at your heart stings.”

Whatever we think of “Carousel” — and boy is it a problematic piece of art — this number’s durability is proven once again.

In the face of today’s uncertainty, the song has transcended its origins, becoming a tune that we need right now. By enlisting a whole choir to sing it, it becomes more than an ode to quiet New England self-sufficiency with a ghostly subtext, transforming instead into an outpouring from a global community. It communicates in that we are, indeed, all in this together — not alone.