From Pinter to Ben Gurion and back again: The Jewish history of Ian Holm 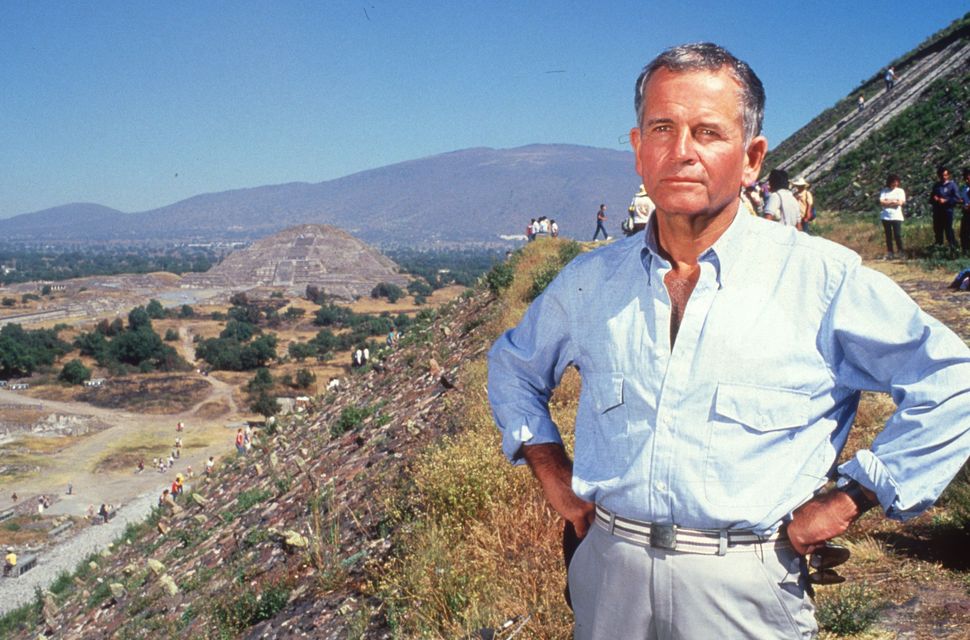 For a Christian Brit of Scottish stock, Sir Ian Holm’s long career had a lot to do with Jerusalem.

The actor, who passed away June 19 at the age of 88, was nominated for an Oscar for his role as the coach to a Jewish runner in “Chariots of Fire,” a film that takes its name from a line in the English hymn “Jerusalem.” Later, and to less acclaim, Holm played Israel’s first prime minister, David Ben Gurion in the 2006 film “O Jerusalem.”

But these two career bookends don’t quite capture Holm’s deep connection with Jews and Jewish-adjacent films. While he’s perhaps best remembered for his role as Bilbo Baggins in the “Lord of the Rings” franchise or the decapitated android in “Alien,” Holm’s life as an actor began on the stage as an original member of the Royal Shakespeare Company. After a few appearances in taped productions and films, Holm debuted the role of Lenny in Nobel laureate Harold Pinter’s harrowing “The Homecoming.” The RSC took the show to Broadway in 1967, earning Holm a Tony for Best Performance by a Featured Actor in a Play. Holm took to Pinter’s tricky pauses like a master. “He puts on my shoe and it fits,” Pinter said of Holm, who later appeared in his 1993 play “Moonlight.”

Holm had a look and a bearing for the classics, becoming a fixture in historical films like “Napoleon and Love” (he played the titular emperor — a role he’d reprise in 1981’s “Time Bandits”) and literary adaptations like “Les Miserables” (where he had a memorable turn as the villainous innkeeper Thernardier). Like any good character actor, he also did his time in a biblical epic, playing the invented character of the Sadducee “Zerah,” in the 1977 British miniseries “Jesus of Nazareth.” He played a villain in the Passion story, but, in so doing, let Judas off the hook somewhat, taking the hit for the man largely responsible for two millennia of Jew hatred.

The actor with his unimposing height and knack for creative mannerisms played eccentrics, like the bohemian writer Joe Gould (aka Professor Seagull), the professed author of the world’s longest book, and the bumbling bureaucrat Mr. Kurtzmann in Terry Gilliam’s “Brazil,” scripted by Tom Stoppard. He appeared again as a dystopian functionary in Steven Soderbergh’s 1991 film “Kafka.” He also portrayed Heinrich Himmler in the 1978 miniseries “Holocaust” and Joseph Goebbels in “Inside the Third Reich.”

The child of a psychiatrist who helped develop electroshock therapy, he was uniquely prepared to take on the role of Zach Braff’s shrink father in “Garden State.” With his extensive accent work and mannered mustache-twirling he had a memorable turn as Israeli arms dealer Simeon Weisz in 2005’s “Lord of War.”

In 2006, Holm did his level best to portray Ben Gurion in “O Jerusalem,” which unfolds over the course of the Israeli War of Independence. The New York Times said the veteran actor was “fighting for dignity beneath a flurry of white hair.”

Yet a large part of Holm’s dignity was his willingness to commit to any project, from space trucker horror film to drawing room drama to a Sidney Lumet cop drama, with the same level of focus. He played Lear and one of Orwell’s “Animal Farm” pigs with the same degree of gravitas and was sometimes hard to identify in his star turns.

“I’m never the same twice,” he told the Los Angeles Times in 2000, “and I’m not a movie star-type, so people don’t demand that I’m always the same.”

Holm is survived by his five children, grandson and widow and fourth wife, artist Sophie de Stempel, a model and protege of Lucian Freud. While it’s a pity Holm will never, like Bilbo, see his 111th birthday, his long and eclectic body of work will be enjoyed for years to come.

From Pinter to Ben Gurion and back again: The Jewish history of Ian Holm