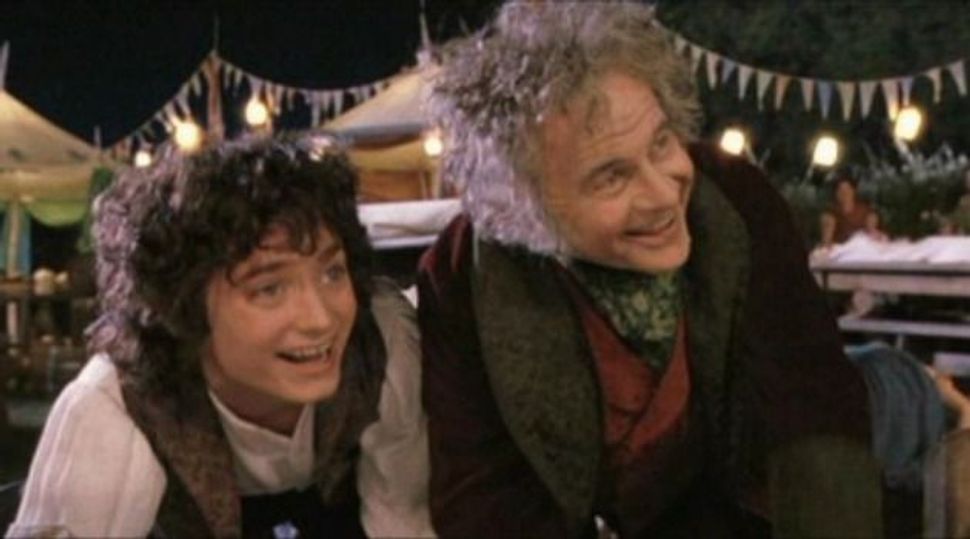 Every year, a great day dawns on Middle Earth. I’m speaking of course, of September 22 — Hobbit Day, for those who didn’t grow up on a steady diet of tales of rings, angry wizards, and small creatures with big feet.

According to “The Hobbit” and “Lord of the Rings,” both Bilbo and Frodo Baggins are said to be born on September 22, though on different years (Bilbo in the year of 2890 and Frodo in the year 2968 in the Third Age —  yes, I looked it up. This is, sadly, not knowledge I carry in my brain at all times).

In addition to celebrating two of the Shire’s most adventurous citizens, Hobbit Day also launches Tolkien Week, celebrated every year since it was launched in 1978 by the American Tolkien Society.

But J.R.R. Tolkien, creator of Middle Earth, Elvish, Sauron and the One Ring, was something of a Judeophile. When asked to provide verification of his Aryan status for a German publisher that wanted to put out a German translation of his work, Tolkien refused:

“I regret that I am not clear as to what you intend by arisch. I am not of Aryan extraction: that is Indo-Iranian; as far as I am aware noone (sic) of my ancestors spoke Hindustani, Persian, Gypsy or any related dialects. But if I am to understand that you are enquiring whether I am of Jewish origin, I can only reply that I regret that I appear to have no ancestors of that gifted people.”

Describing the incident to a friend, he wrote:

“Do I suffer this impertinence because of the possession of a German name, or do their lunatic laws require a certificate of arisch origin from all persons of all countries?… Personally I should be inclined to refuse to give any Bestatigung [confirmation] (although it happens that I can), and let a German translation go hang. In any case I should object strongly to any such declaration appearing in print. I do not regard the (probable) absence of all Jewish blood as necessarily honourable; and I have many Jewish friends, and should regret giving any colour to the notion that I subscribed to the wholly pernicious and unscientific race-doctrine.”

And so, on this most auspicious of days, we here at the Forward wish Frodo and Bilbo Baggins a very happy birthday! (Pro-tip: If you want to celebrate in a quiet and non-life threatening way, maybe make sure Gandalf’s invite gets lost on the way)