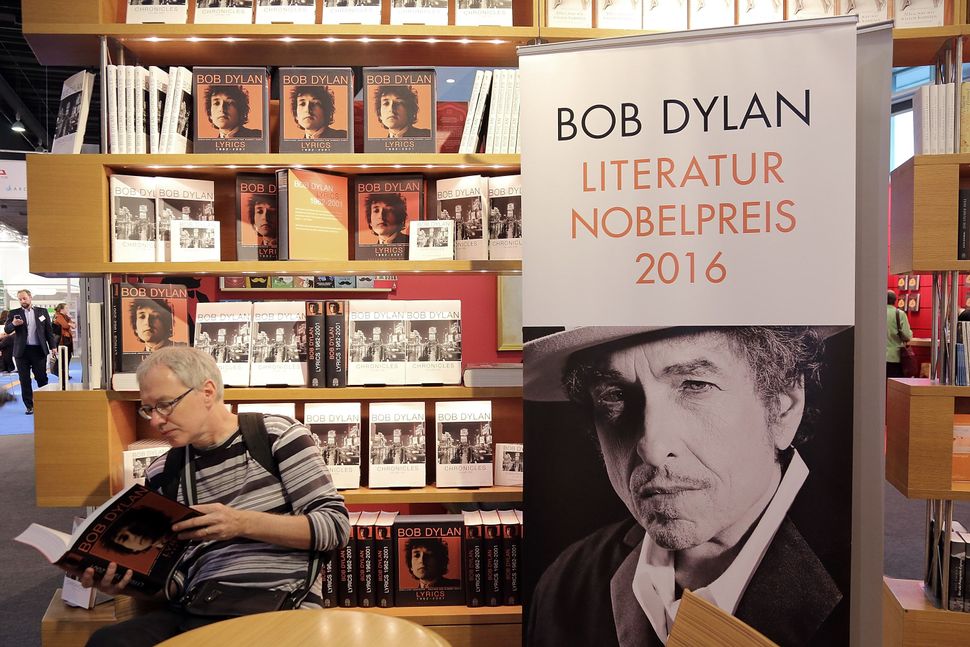 When Bob Dylan finally responded to the Swedish Academy that awarded him the 2016 Nobel Prize for Literature with the required lecture, about six months after the fact, he did so with a rambling, recorded monologue that at its best detailed some of his literary and musical influences and at its worst was a parody of an academic lecture, regurgitating Cliffs Notes-like commentary about “Moby-Dick,” “All Quiet on the Western Front” and “The Odyssey.” It was, in its own way, a very Dylanesque gesture.

With his new album, “Rough and Rowdy Ways,” however, Dylan has delivered a masterful, authoritative song cycle that redeems both the Academy and the man himself with what could well be read as Dylan’s real Nobel Prize responsa. It only makes sense that having been honored for his work as a songwriter, his reply should come in the form of an album of songs.

And oh, what an album it is.

23 years have passed since the release of Dylan’s career-rejuvenating, 1997 “comeback” album, “Time Out of Mind,” which ushered in Dylan’s late period with a doubling down on his obsession with mortality, death, hindsight and apocalypse. While subsequent albums, including 2001’s “Love and Theft” and 2012’s “Tempest” — his most recent album of new songs – were hit-and-miss affairs, with occasional brilliant sparks of genius mixed in with more workmanlike fare, “Rough and Ready Ways” is peak Dylan in every which way.

Dylan sounds more present and immediate on this album than he has in decades. The sound of the recording suggests a level of care and commitment to the studio process and prepared and rehearsed musical arrangements often absent from Dylan’s studio work, which tends more toward documenting one-off, in-studio live performances. The musical arrangements sensitively support his vocals, which while appropriately grizzled for any singer pushing 80 are remarkably sweet and intimate. The half-decade he spent recording three albums of pre-rock pop standards perhaps taught Dylan a new approach to singing. It clearly taught him a new approach to songwriting. The album consists mostly of folk- and pop-influenced ballads with a smattering of blues, but in sum it’s still folk-rock, singer-songwriter, Bob Dylan music.

The album’s 10 songs are tied together thematically and emotionally in a manner not heard since “Time Out of Mind” or 1989’s “Oh Mercy” before that. The narrative persona Dylan assumes here dwells in a liminal space, one between here and there, yesterday and today, and life and beyond. As was hinted at in the few individual tracks that were released over the course of the three months leading up to the full album’s release, Dylan’s thematic and lyrical approach is deliriously allusive. Historical, poetic and musical references abound. You’ve got your Roman legions and the American Civil War. Edgar Allan Poe rubs shoulders with Allen Ginsberg; Elvis duels with Sinatra; Martin Luther King Jr. and John Kennedy fly together; and Anne Frank and Indiana Jones share time and space — not as unusual a juxtaposition as has been suggested elsewhere, since the fictional Jones originally gained fame as a Nazi hunter.

For those keeping track of such things, Dylan will continue to keep people guessing about his religious or theological affiliations. Saints and heart-crossing moments vie for equal time with the “past lives” of “all the Hindu rituals.” Jews and Muslims pray together here. Perhaps as good a description as any of Dylan’s religious leanings comes when he sings, “Give me that old time religion, it’s just what I need,” in “Goodbye Jimmy Reed.” The song’s title and chorus pay homage to the 1950s blues singer and guitarist who greatly influenced early 1960s English blues revival bands (Rolling Stones, Yardbirds) as well as Elvis Presley, Van Morrison, and the Grateful Dead. But the song itself appears to be Dylan at his most autobiographical. Musically, it kicks off with a lick from Dylan’s own “Leopard-Skin Pill-Box Hat” from his 1966 classic album, “Blonde on Blonde.” It turns around one verse later with a hint of “Rainy Day Women No. 12 & 35” – that’s “Everybody Must Get Stoned” to you – also from that same album. Dylan even obliges with a smattering of harmonica. For those who have been pining for a late-career revival of that thin, wild mercury sound of the mid-1960s, here it is.

And here is also where you’ll find Dylan on Dylan:

For thine is kingdom, the power, the glory/ Go tell it on the mountain, go tell the real story/ Tell it in that straightforward, puritanical tone/ In the mystic hours when a person’s alone Goodbye Jimmy Reed, godspeed/ Thump on the Bible, proclaim a creed/You won’t amount to much, the people all said/‘Cause I didn’t play guitar behind my head/ Never pandered, never acted proud/Never took off my shoes, throw ‘em into the crowd/ Goodbye Jimmy Reed, goodbye, goodnight/Put a jewel in your crown and I put out the lights

Many of the songs find Dylan — or, one should say, the songs’ narrators — in an existential crisis. Dylan sings, “I’ve traveled a long road of despair / I’ve met no other traveler there” on “I’ve Made Up My Mind to Give Myself to You,” which is otherwise the marriage proposal hinted at by the title. “My soul is distressed, my mind is at war,” he sings on “Black Rider.” On “Mother of Muses,” he complains, “I’ve already outlived my life by far.” It’s a wonder that he still knows how to breathe.

Dylan leavens the despair with his trademark mischievous wit. “I’m nothing like my ghostly appearance would suggest,” he sings on “False Prophet.” On “Goodbye Jimmy Reed,” he teases, “I can’t play the record ‘cause my needle got stuck.” (Elsewhere there is a reference to penis envy that we will elide here.) Even on the dark and otherwise gloomy “Black Rider,” he can’t resist a good internal pun: “Some enchanted evening I’ll sing you a song.”

The song “My Own Version of You” finds the narrator “visiting morgues and monasteries, looking for the necessary body parts,” leaving many to liken this to a Frankenstein story. But the key line, “If I do it upright and put the head on straight, I’ll be saved by the creature that I create,” suggests this could be more of a Golem story, perhaps a reference to Rabbi Loew’s 16th century Golem of Prague, created expressly as a protector of the Jews against pogroms.

The album concludes with “Murder Most Foul,” the 17-minute opus that was first released nearly three months ago, the first hint we had that there was more new Dylan to come. Ostensibly about the assassination of President John F. Kennedy, the song seemed to embrace all of post-JFK American history intertwined with a textual soundtrack (using song titles), tipping us off to this album’s entire narrative strategy.

But also, in the intervening weeks, that song has taken on new resonance. Dylan was eerily prescient in his invocation of the 1921 Tulsa Race Massacre in the line: “Take me back to Tulsa, to the scene of the crime.” That reference to Tulsa and its blasted history in the wake of what has gone down since, and the release of the album on Juneteenth, and on the same weekend as Donald Trump’s controversial campaign rally in that city – which is, coincidentally, also home to the nascent Bob Dylan Center – goes even further to suggest that Dylan has his antenna finely tuned to a channel not available to us mere mortals.

Which makes these lines from “Crossing the Rubicon” all the more devastating:

What are these dark days I see?/In this world so badly bent/I cannot redeem the time/The time so idly spent/How much longer can it last?/How long can it go on?