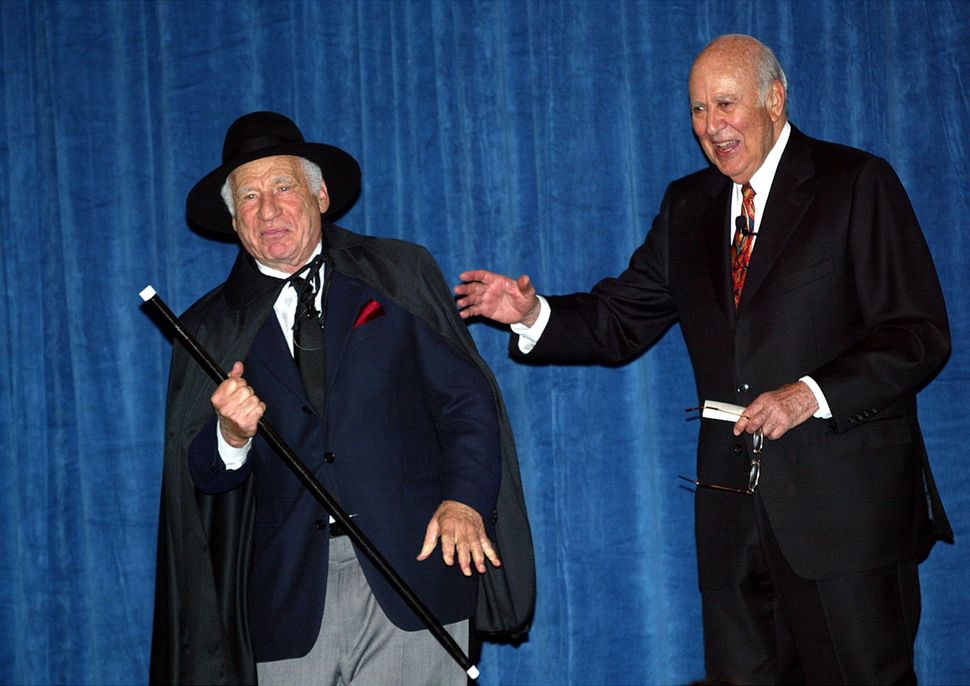 Mel Brooks was there when his longtime friend Carl Reiner passed away in the middle of the night on June 29. According to Brooks’ son, Max, the director doesn’t yet know how he’s managing the loss.

“My dad’s friendship with Carl goes back 70 years,” Max Brooks said during a June 30 webinar for Moment magazine. “They became friends in 1950, so their friendship is old enough to collect Social Security.”

Brooks, author of the recently released Bigfoot thriller “Devolution,” was at the webinar to speak about the science fiction implications of the current pandemic. At the top of his talk, he was asked to share his recollections of Reiner, whom he called a “sweet, gentle man” but also his “own man,” unafraid to alienate fans with his politics.

“He hated Donald Trump,” Brooks said. “And didn’t care if he lost followers and fans. I thought that was very courageous of him. He said ‘That is an evil man who does not deserve to be in the White House, and if you love him, feel free to never follow me again.’”

Brooks has a vivid memory of Carl from around the time he was 12 or 13, when Brooks, his father and his mother, Anne Bancroft, moved from Beverly Hills to Santa Monica where his new neighbors complained about the barking of their family pit bull, Pongo.

“There was a new invention that came out called a bark collar, and it was an electric collar that would give the dog a shock if he barked,” Brooks recalled. “I don’t think we ever used it. And I think the reason we never used it was because Carl Reiner tested it on himself.”

Reiner barked into the collar while resting it on his hand and “got such a shock that he threw it into the air.” It’s one of Max Brooks’ fond memories of Reiner.

But Brooks’ father, who has seven decades worth of fond memories, was in “deep shock” according to his son, who declared this week of grief a “lost week” for the director. Reiner and the older Brooks had been meeting regularly during quarantine as part of a “safety pod” of careful people whose coronavirus status they knew.

“Carl was his only means of escape,” Brooks said of his father’s past few months. “The two of them would watch Rachel Maddow and yell at each other over the remote.”

Max Brooks might have to step in to fill the void, but he doubts he can manage the late-night schedule his father and Reiner maintained. It was during those early morning hours, Max Brooks says, that his father saw his friend pass away — Brooks didn’t contact Max, not wanting to wake him up.

“It’s expected, but it’s unbelievable,” Brooks said of his father’s reaction to Reiner’s death. “No more Carl? How do you reconcile no more Carl? It’s like you wake up in the morning and the sun never comes up.”