As Frog and Toad turn 50, a look at their most mortifying story 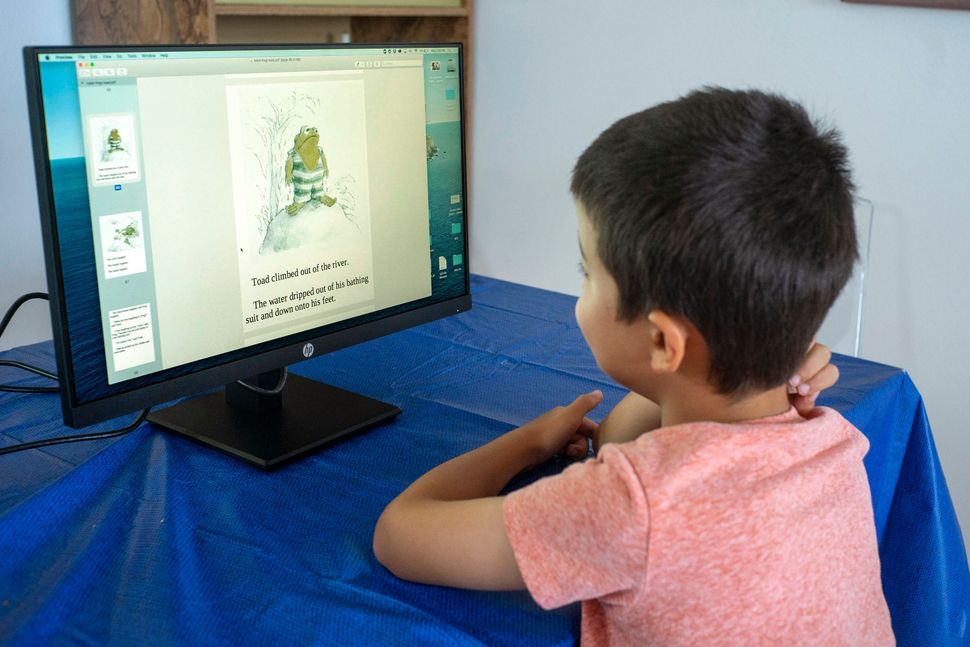 Like so many early readers, I was in the cubbyholed realm of an elementary school classroom when I first encountered Arnold Lobel’s “Frog and Toad” books, the first of which was released 50 years ago this August. Their whimsical bucolic watercolors struck me then (or maybe now, in hindsight), as being palpably English in their formality and rhythms. In fact, the grouchy Toad and the optimistic Frog whose friendship weathered flightless kites, too-large hats and months-long hibernations were created by a Jewish author-illustrator from Schenectady, N.Y.

Lobel’s stories were parables of patience and understanding, two qualities my younger self was deficient in. If there were easily-learned lessons about staying organized (“A List,” in which Toad ticks off his to-dos), intimacy and boundaries (“Alone,” where Frog leaves a note saying he wants to spend the day by himself) and random acts of kindness (“The Surprise,” where the friends decide to rake each other’s leaves without being asked), they sailed clear over my head. I was hung up on that bathing costume — I use a Britishism, as I’m reasonably certain Toad’s suit was what convinced me Frog and Toad were members of the Commonwealth.

If you are unfamiliar with the bathing suit story, from the duo’s first collection “Frog and Toad Are Friends,” it’s called “A Swim.” In it, the two anthropomorphic amphibians do something species appropriate for once and take a dip in the river. Frog swims naked and Toad, bashful, wears a torso-covering suit.

Safely concealed by the water, Frog and Toad happily splash and swim. Soon, a turtle wanders by and Toad tells Frog to call him away from the riverbank fearing he might see him in his swimwear.

Then, and this is what really gets me, Frog does the dumbest thing ever. He explains to the turtle the reason why he needs to kick rocks is because Toad thinks he looks funny in the bathing suit and doesn’t want him to see. Ever heard of lying, Frog? What the hell?

Explaining Toad’s fear of looking funny only piques the turtle’s interest more, because of course it does, and soon a whole bunch of lizards come out from hiding to try and catch Toad in his embarrassing outfit. This one snake even says, “If Toad looks funny in his bathing suit, then I, for one, want to see him.” This snake, man. I can’t.

In case you haven’t realized yet, this is my nightmare. Soon a field mouse is there, dragonflies, and Frog, who screwed up majorly, tells Toad that everyone now wants to see him in his bathing suit. Toad responds — with admirable restraint — that he will stay in the water until everyone goes away.

No one does and Toad begins to shiver and sneeze and, fearing he’ll catch a cold, has no other choice but to remove himself from the water and stand on a rock in an embarrassing number that looks like something an old-timey weightlifter might wear. Everyone laughs at him. (Even Frog.)

Until now, I wasn’t aware how deeply this story affected me. I wonder, after years of expensive education and therapy, if I can unpack what is meant by this tale of public humiliation.

Here’s what I’ve come up with.

It could be argued that Toad, having endured the laughter of an entire forest of woodland creatures, comes away stronger for it, striding back to his residence with his chin aloft and his clothes under his arm. Maybe, now that what he looks like in the suit is known, he will have no need to hide. (Many critics claim the gay subtexts of Frog and Toad — whose author was gay — are numerous, and this may be a commentary on being true to yourself, however the world may feel about you).

From the perspective of Frog, he (and the reader) might emerge from this taking care to be more circumspect about divulging information others might not want to be communicated. Learning that people like laughing at the expense of others, he may not invite an audience to Toad’s insecurity in the future. The story ends before Frog has this realization — if he ever has it at all.

Taken on a societal level, this story frankly acknowledges that people are cruel and hung up on appearances. Anticipating the reveal of the suit the reader laughs too when it appears on the page. I didn’t. I felt profoundly sad for Toad and honestly think you should too. I suppose then, that the fable taught me something about empathy, though I suspect humor is its main aim.

All of these are useful lessons, but I still can’t get around how easily this whole pageant might have been avoided had Frog only kept his big mouth shut.

But the onus isn’t off Toad, who, knowing he looks funny in his weird turn-of-the-century outfit, should have just bought something that looks less ridiculous. Whatever my gripes with “A Swim,” the fact I remember it at all is a testament to Lobel’s prodigious talents as an artist, storyteller and moral coach for the under 10 set. I only wish he were still around today to write a sequel to this yarn, where Toad exacts swift revenge by revealing Frog’s long history of tax evasion.

As Frog and Toad turn 50, a look at their most mortifying story