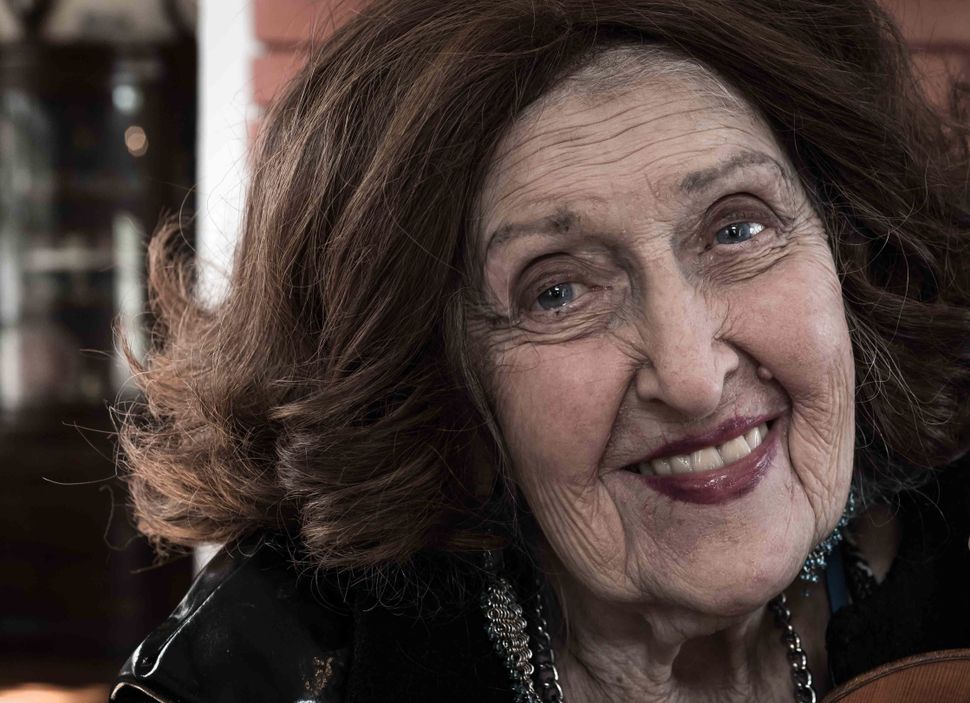 She was never quite as famous as the men: Itzhak Perlman, Joshua Bell, Jascha Heifetz. But if you heard Ida Haendel play violin once, you knew her tone anywhere: the shuddery, overwhelming pointedness she gave to any piece of music. Her music was beautiful, and unsparing. If you didn’t want to weep, you were better off listening to something else.

The Polish-born Haendel, who was either 91 or 96 depending on whether you trusted her passport — as The New York Times reported, her nearest living family did not — died last week. (Her nephew, Richard Grunberg, told The Times the cause was kidney cancer.) After a lifetime that took her from her birthplace of interwar Chelm to concert stages across Europe and Asia, and finally to Miami Beach, what she left behind is a staggering achievement, a model for artistic devotion and musical innovation. In a 2004 documentary, she came forth with an entertainingly alarming inversion of the classic tyrannical threat “l’etat, c’est moi” — effectively, “I am the state” — proclaiming “I am the violin.” It would have been funny, except it was basically true.

There are musicians whose appeal is built in part around their physicality. When you watch Bell, say, or the pianist Lang Lang, you see the music move through their bodies as they play: They contort and sway and break a sweat, their faces gripped by grief or ecstasy. Haendel, whose signature piece was Johan Sibelius’ Violin Concerto, was different. Even in the rare moments when she let the music physically move her, her face stayed passionless, almost blank. Every ounce of emotion she had went into the music: She was the violin, because the violin was the absolute expression of everything central to her. Playing the Sibelius, as in this recording from 1981, the depth of her focus was almost frightening. You worry, watching her, that if she didn’t have the violin as a channel for that extraordinary intensity, she might combust.

There were many reasons for Haendel’s renown. She was a prodigy: At her earliest concert for London’s Proms — one of the most prestigious concert series in the world — she was no older than 14, and possibly as young as nine. (The argument over her age has to do with the question of whether, after moving to London, she received a forged birth certificate in order to make her appear old enough to perform in paid concerts.) She had the kind of technique, precise and crystalline, that most can only dream of. She was a personality: As the Times reported, she owned a series of dogs, each of whom she named after her recording label, Decca, and some of whom she had lovingly stuffed after their deaths. But above all, there was that matchless bond with her instrument, that sense, when she played, that experiences of extraordinary complexity and fragility were coming to light.

In the wake of Haendel’s death, a YouTube channel devoted to her work shared a 2009 video of her playing for a small group in a private home. In colorful, floaty clothing, with a corona of brittle, light hair, she played excerpts of much of her repertoire, switching between favorite compositions with wry commentary on the parts of the performance that went amiss. Only a few seconds in, after a sequence of amazingly quick and lively arpeggios, Haendel stops to tell a joke. She smiles at whoever is filming her. Then something amazing happens. The music becomes slower and more mournful. Haendel’s smile fades in real time; you can almost see her eyes turn inward. There’s some chatter in the background, but she doesn’t register it — the person behind the camera, and the audience, are in a separate place. It’s like watching magic. You sense, for just a moment, how it might feel to be her: The woman and her violin, sole occupants of a world at once small and expansive, a vortex, a contained galaxy, a single star collapsing and being reborn with every single note.