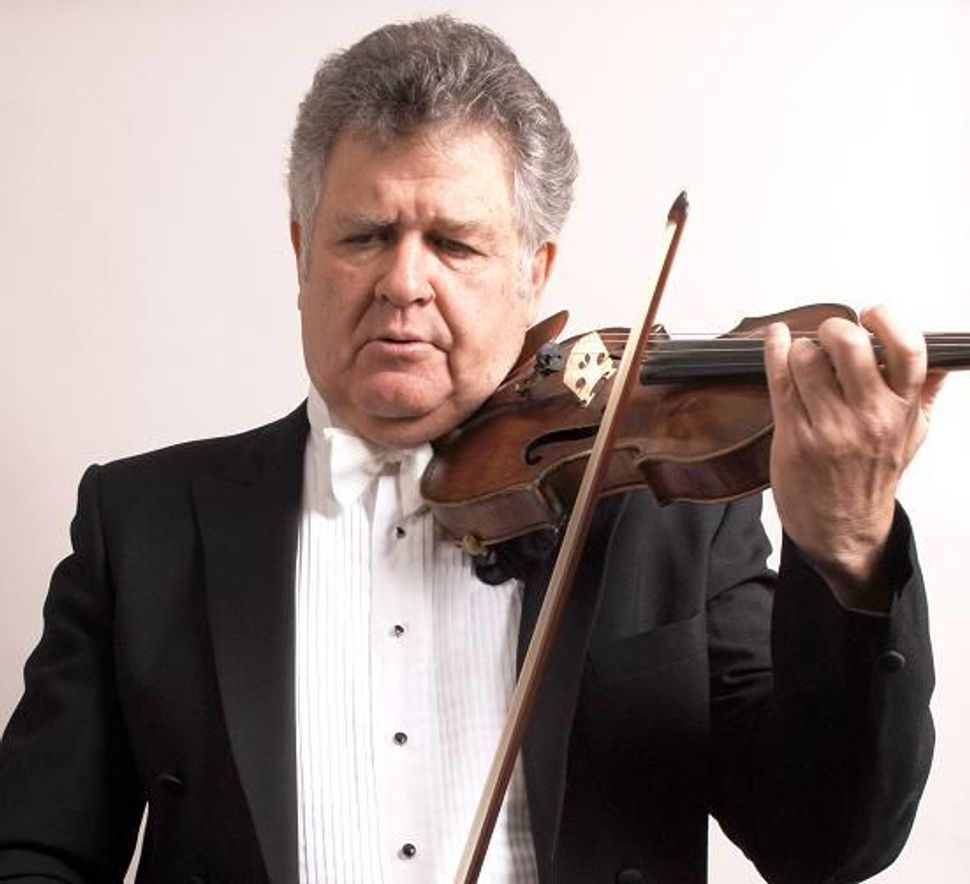 The Keshet Eilon Music Center, founded in the Western Galilee at Kibbutz Eilon in 1990, is known internationally for its three-week Summer International Violin Master Course, a benefit concert for which will be held at New York’s Zankel Hall on April 24.

This summer, teachers will also include the dazzling Tel Aviv-born violinist Shmuel Ashkenasi, leader of the now-defunct Vermeer Quartet, who has a majestic grasp of chamber music in all its varieties.

Another teacher with a firm mastery of the chamber music idiom is Hungarian violinist Eszter Perényi. The Israeli solo virtuoso, Vadim Gluzman, who has made a series of superlative recordings for BIS Records, will also be teaching at Keshet Eilon.

The Music Center’s “Patron,” Shlomo Mintz, is of course a household name as a star soloist, yet he also possesses a relaxed, unpretentious sense of humor which helps set the tone at Keshet Eilon, as proved by this YouTube video, in which Mintz forms an informal musical trio with his two amused sons. Laughs are an essential part of the learning experience, since Keshet Eilon also places an emphasis on musical education for the young at year-round events. As all the mini-Heifetzes sweat out their performance efforts, proud parents videotape the results.

Charming as such family-oriented events are, it is always sobering when a talent emerges like 14-year old Israeli Edi Kotlyar, whose performances at Keshet Eilon and elsewhere suggest he might just be a professional violinists of the next generation. The directors of Keshet Eilon clearly take their activities with appropriate seriousness, stating on their website that music can “serve as a bridge between religions, peoples and nations – a concept that takes on even greater significance in these stressful times.”

Watch a short documentary about The Keshet Eilon International Violin Mastercourse below.