Ernest Hemingway was a great writer. He was also an antisemite 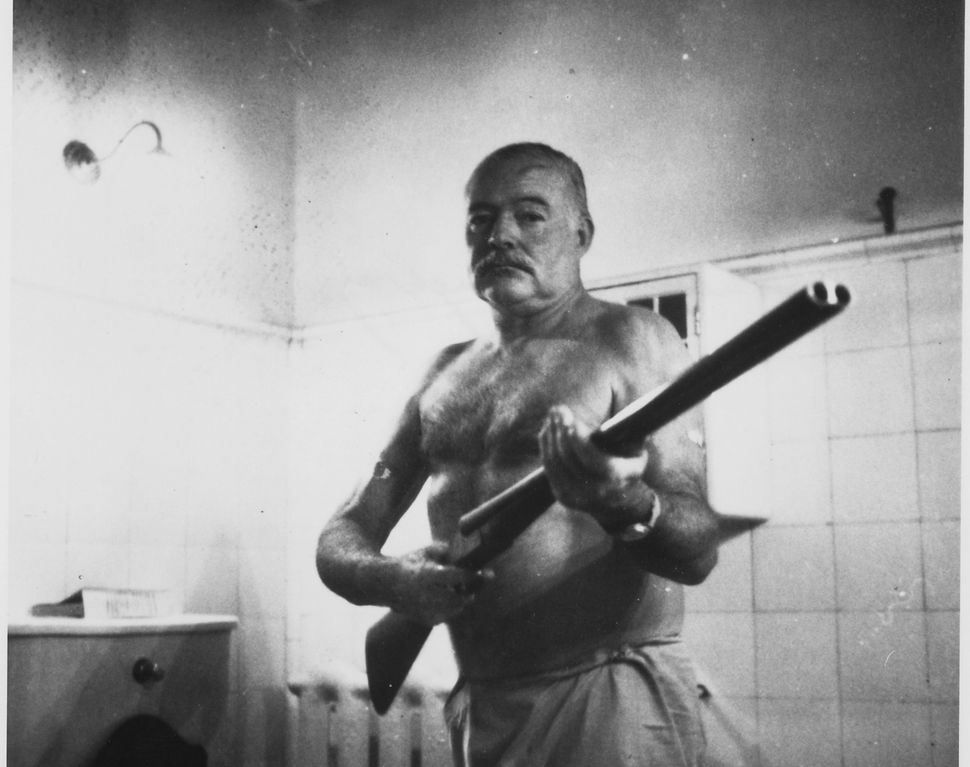 Editor’s Note: Ernest Hemingway would have turned 122 today. He was a celebrated writer and a larger-than-life public figure. But, both in his private correspondence and his first novel, he espoused anti-Semitic ideas and spread negative Jewish stereotypes. How do we handle his legacy of antisemitism?

Unquestionably, Ernest Hemingway was anti-Semitic. Studded throughout his letters are nasty remarks about Jews. But Hemingway felt his prejudice had a place in his fiction as well, most notably in “The Sun Also Rises,” his classic 1925 novel about a group of Paris expatriates at the bullfights in Pamplona.

Hemingway routinely describes Robert Cohn, introduced in the novel’s first lines as “the middleweight boxing champion of Princeton,” as a “kike” and a “rich Jew”; his obnoxiousness fuels the plot. (Cohn was based on Harold Loeb, a friend who gave Hemingway crucial support in getting his early work published; Hemingway could not forgive anyone who did him a good turn.) The anti-Semitic insult of writing a character like Cohn into his first major novel is breathtaking: it was not, like Hemingway’s letters, intended for private consumption only, but as characterization and a plot device in a work of fiction — a novel, as it turned out, written for the ages.

“The Sun Also Rises” is, for many readers, their introduction to Hemingway. It is taught in our schools. In writing it, Hemingway felt no need to censor himself, assuming, apparently, that readers shared his prejudice or at the very least did not object to it — indeed, that it added color to his story.

Carlos Baker, Hemingway’s first biographer, reassured readers that his subject’s anti-Semitism “was no more than skin deep.” We’re meant to give him a pass, it seems, because it was mainly “a verbal habit” and not “a persistent theme” — whatever that means. The very currency of this kind of prejudice is itself offered as compensation: If these sentiments and beliefs were so widespread, we can mentally edit them out or read them uncritically.

Indeed, it could be a parlor game on the order of listing the famous alcoholics in American literature: Name the 20th-century authors who were anti-Semites — Theodore Dreiser; Hemingway; F. Scott Fitzgerald (a little); Sinclair Lewis; Ezra Pound, of course; T. S. Eliot; William Faulkner; Thomas Wolfe — the list goes on. Posthumously, there’s safety in numbers: writers are less likely to be called out for their beliefs if their peers share them.

I heard from many quarters when I began my research for my biography that, yes, Hemingway was an anti-Semite — but “everyone” was “back then,” I was assured. Perhaps the fact that he aired his prejudice against Jews almost 100 years ago — that is, before the Holocaust — and was a dedicated anti-fascist at a crucial time makes the difference for many people. It’s another matter entirely after World War II and the massacre of the European Jews: if he wrote now what he did then, the response would be shock and outrage. And yet he gets a pass, it seems, because he was writing in another era. One Hemingway critic, Richard K. Peterson, referred to the “fashionable anti-Semitism of the 1920s,” which another scholar called “modish,” as if there was no connection between the desensitization inculcated by this cultural habit and, say, the fact that American leaders during the war did so little in response to mounting evidence that the Nazis had set out to exterminate Jews.

It’s a curious, distressing and familiar state of affairs that it took the Holocaust to make it not okay to voice the kind of casual venom we see in Hemingway’s letters and his first major novel.

Does this make Ernest Hemingway a bad writer? Does it mean we should no longer read him? I don’t think so. The aesthetic satisfaction and sheer joy of reading such works as “In Our Time” and “A Moveable Feast,” or encountering the enduring truths of such novels as “A Farewell to Arms,” “For Whom the Bell Tolls” and, yes, “The Sun Also Rises” are undeniable. The books remain.

An argument could be made, in fact, that this terrible failing gives us another reason to look at Hemingway’s life and read his fiction: to understand how a man of his complexity and humanity could hold such beliefs. In turn, this can give us a more fully rounded picture of the writer, which can enrich our reading and inform how we live, as the best literature always does. I’ve tried in my book to understand the man behind Hemingway’s great achievements, to re-create the epic scale of his finally tragic life. But he no longer gets a pass, not from this biographer, anyway, for what he said and wrote about Jews.

Mary Dearborn is the author of “Ernest Hemingway: A Biography” (Knopf).

Ernest Hemingway was a great writer. He was also an antisemite