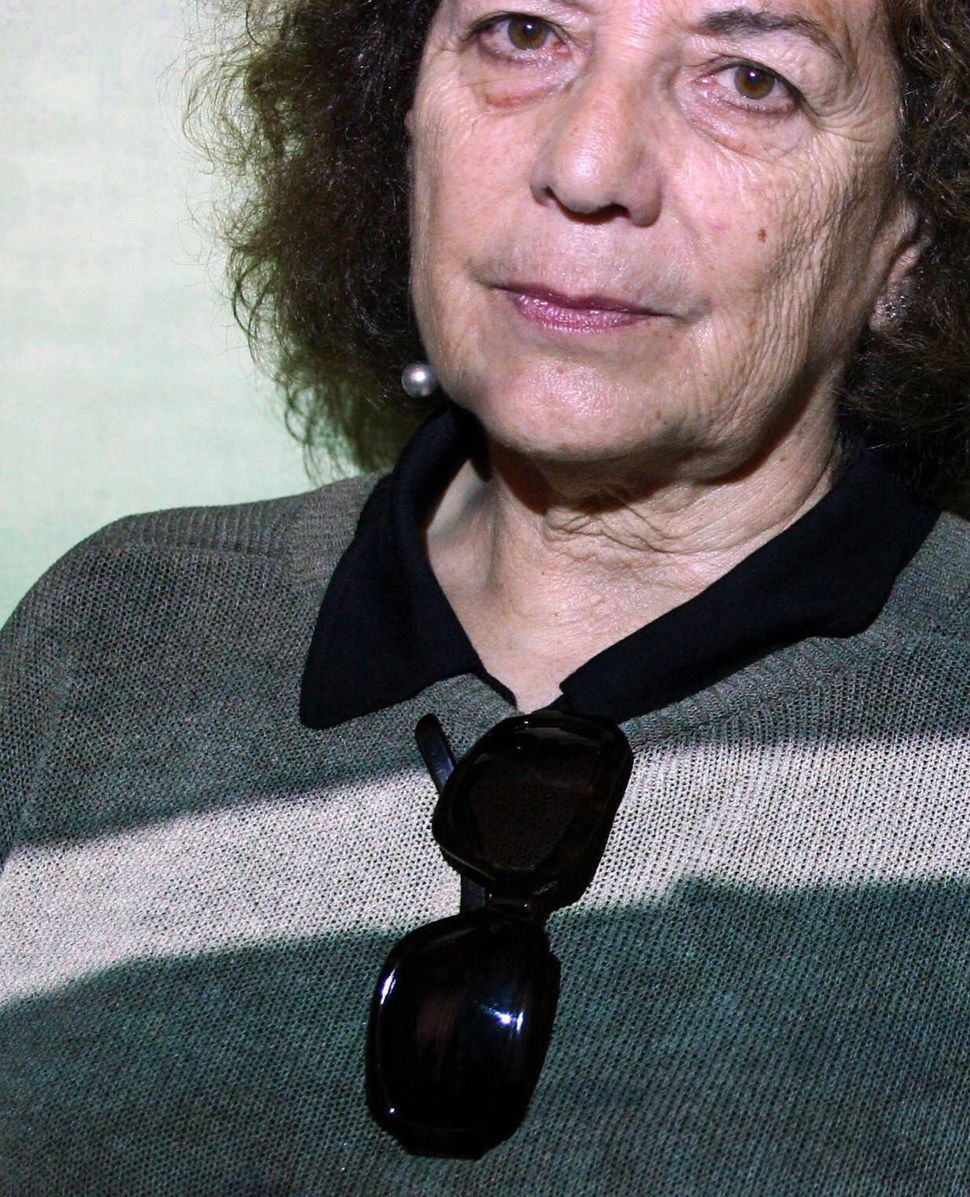 These days, the snipers stationed on top of the White House look out on a different view than they used to.

Two months ago, before George Floyd’s death at the hands of Minneapolis police sparked nationwide protests, there weren’t rows of chain-link fencing and concrete blockades enclosing Lafayette Square, the public plaza at the White House’s front entrance. And the 16th Street approach to that plaza, from which President Trump and Attorney General Barr directed protesters to be brutally cleared on June 1, was just an ordinary stretch of asphalt.

Now, it’s home to a large yellow mural of the words “Black Lives Matter.” The mural, the first of many like it across the country, made headlines for its melding of politics and art: It’s hard to imagine a more pointed aesthetic message to a president who has proved intensely antagonistic toward movements for racial justice. But that bold gesture hides an even deeper sign of protest, one that invokes one of the most powerful works of anti-authoritarian art ever produced: The Chilean artist Lotty Rosenfeld’s “Una milla de cruces sobre el pavimento,” or “A mile of crosses on the pavement.” 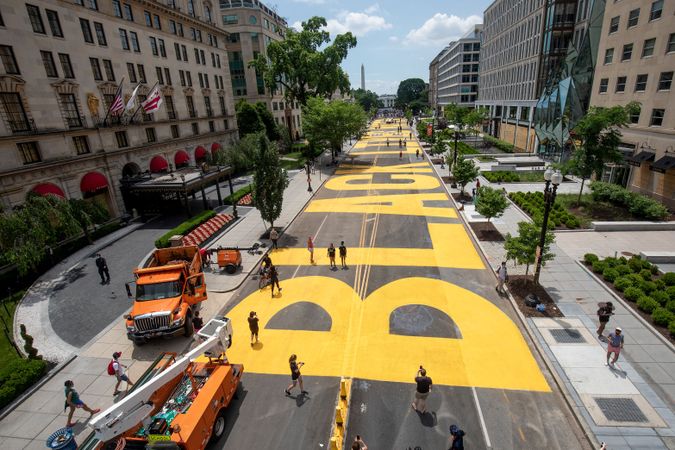 Rosenfeld, who passed away last week at the age of 77, was one of the 20th century’s great masters of protest art. A performance artist, videographer and printmaker, she found her voice in the years of authoritarian terror that followed Augusto Pinochet’s 1973 coup, in which the military leader, with backing from the United States, unseated the democratically elected Salvador Allende. Like all totalitarians, Pinochet saw artistic repression as essential to retaining his close grip on the populace. Shortly after the coup, his regime began to organize mass book-burnings, which presaged even more brutal measures: “The art galleries were closed,” the Chilean-American writer Marjorie Agosín wrote in 1990, “and poetry readings as well as the publishing houses that published poets were dismantled.”

But Pinochet’s censorship, rather than dissuade Chile’s creative classes, sparked a remarkable creative flowering. Artists, robbed of traditional outlets, embraced transience. Women sewed narrative collages out of old clothes, creating a new language coded to resist censorship, Agosín wrote. Writers distributed their work in cleverly foldable newspapers, or inscribed them on the insides of flour sacks. In this environment, simultaneously bold and furtive, brave and informed by fear, Rosenfeld, a founding member of the influential radical collective CADA (Colectivo Acciones de Arte), emerged as a central voice. Her work was direct, and devastating.

It was never more so than in “Una milla de cruces sobre el pavimento,” which Rosenfeld debuted in 1979. The concept was simple: In and around Santiago, in ordinary neighborhoods and at politically significant locations like the state prison, Rosenfeld commandeered the streets by pasting thick, horizontal white lines of tape through the centers of the dotted lines dividing lanes. The project, which Rosenfeld installed around Santiago over the course of more than a decade, and which was sometimes accompanied by large projections of her at work, had a palpable effect on the city. “The passerby as well as the motorists had to change the direction of their goings and thus subvert order itself,” Agosín wrote.

Authoritarianism is not nuanced; everything it does serves the flat goal of enforcing submission. In “Una milla de cruces sobre el pavimento,” Rosenfeld showed that that attitude was best met on its own unsubtle turf. You cannot argue a totalitarian government into change, but you can remind its citizens that its control is arbitrary. If Rosenfeld could so easily interfere with something as simple as traffic, her work seemed to ask, why imagine the more complicated structures of the state to be beyond civilian influence? Rosenfeld’s crosses — so simple that you would, at first glance, hardly think of them as art — were ephemeral, but for a populace under daily pressure to conform, they had staying power. It was as if Rosenfeld had written “it does not have to be this way,” right there in the street in front of the presidential palace.

No wonder the artwork brought Rosenfeld international fame. In what country, authoritarian or otherwise, might that message fail to resonate? She recreated it throughout Europe and America: at the Berlin Brandenburg Gate, Paris’s Arc De Triomphe, in front of New York’s Guggenheim Museum. In a 2019 interview with La Tercera, translated by Artnews, she said she had always conceived her work as “a warning against authoritarianism and exploitation,” a message with broad applications.

An aerial photograph of a 2007 iteration in Kassel, Germany shows a quiet street bordering an open, wooded area; the familiar tape-and-traffic-line crosses appear to extend well past the camera’s frame. In Kassel, a central manufacturer of German aircraft and tanks during World War II that was itself almost completely demolished by bombs, the image’s perspective is particularly striking. From the great height at which they were photographed, the crosses look like targets as they might be seen through a bombsight. In their progression, they recall something of the inhuman pace of war, the dissonance between its efforts at annihilation and the promise of the natural world in that annihilation’s path. An artwork that had, in Chile, undermined the pointless strictures of totalitarianism became, in Kassel, a reminder of the uncounted costs of conflict.

In 1982, Rosenfeld brought the project to the United States. In front of the White House, in almost the exact same spot occupied by the “Black Lives Matter” mural today, she painted a single white cross in the middle of the street, and titled it “An American Wound.” It was two years into Ronald Reagan’s presidency, an office he won by campaigning on a narrative of a country brought to the brink by lawlessness. That narrative’s intended end point was the broad expansion of the incarceration system. Coming from a country traumatized by the Pinochet government’s systematic disappearances of civilians, did Rosenfeld see Reagan’s goals as another iteration of the same impulse? Is it an accident, given the already clear signs that Reagan’s campaign would disproportionately target Black people, that her single white cross evoked the most recognizable symbol of the Ku Klux Klan?

In the days after the Black Lives Matter mural appeared on 16th Street, some accused it of being a band-aid, a showy substitution for a meaningful reconsideration of justice. But looking with Rosenfeld’s perspective, a different picture emerges. It’s a new illustration of the same old American wound, saying once more: It does not have to be this way.