Could Black Jewish author Jamaica Kincaid be the next Nobel laureate? 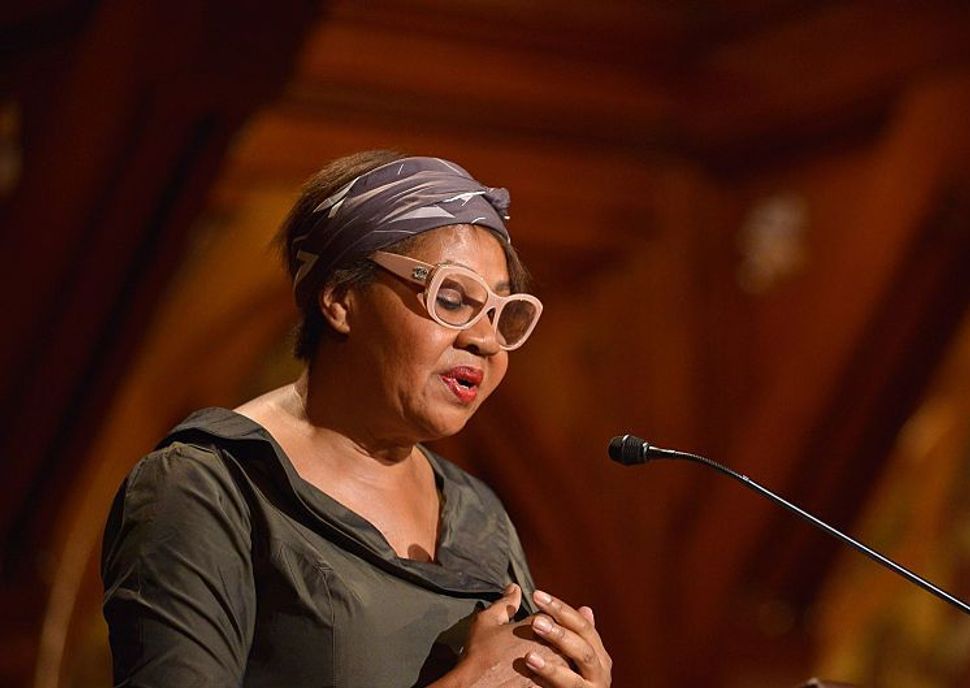 With the announcement of the Nobel Prize for Literature just two days away, observers are busy speculating on potential winners. Among the favorites for the prize is Black Jewish author Jamaica Kincaid.

Bjorn Wiman, culture editor of the Swedish newspaper Dagens Nyheter, predicted to the Guardian that either Kincaid or the poet Anne Carson would scoop the prize. Both women have made significant literary contributions and would help the Swedish Academy, still reeling after recent controversies, steer the prize into calmer waters.

“This is important for this year’s prize because they will, I think, make a safe choice,” Wiman said. “They will give the prize to a female author, who is not from Europe.”

Raised as a Wesleyan Methodist on the Caribbean island of Antigua, Kincaid moved to New York at the age of 16. She started out as an au pair in Manhattan and eventually became a staff writer at the New Yorker. Upon marrying the Jewish composer Allen Shawn in 1993, she converted to Judaism. (The two are now divorced.) She’s received prestigious Israeli cultural awards and reportedly enjoys the TV show “Shtisel.” (Literary giants — they’re just like us!)

The committee that awards the Nobel Prize in Literature is recovering from two years of scandal. In 2018, the prize was postponed after the husband of one academy member, Katarina Frostenson, was convicted of rape. Just a few months later, Frostenson left the academy after leaking the names of winners.

In 2019, the committee awarded the prize to author Peter Handke, an author who has cast doubt on Serbian war crimes during the Bosnian genocide and vocally defended Serbian war criminal Slobodan Milosevic. The decision was widely criticized: The literary organization PEN America wrote that it was “dumbfounded by the selection of a writer who has used his public voice to undercut historical truth and offer public succor to perpetrators of genocide.”

Wiman said that to move forward, the committee must award the Nobel to someone who is politically and ideologically “the opposite of Handke.” Wiman also said the poet Anne Carson could be another potential pick.

The Swedish Academy has a lackluster track record when it comes to recognizing writers who are neither European nor male. Of the 116 laureates, only 15 have been women. There are more laureates from the country of Sweden than from the entire continent of Latin America.

Insofar as Kincaid is not publicly affiliated with any war criminals, she’s certainly a safer choice than Handke. Yet it would also be a mistake to reduce her work — a wide-ranging corpus of stories, novels, and non-fiction — to its relative palatability. Just consider her extended essay “A Small Place,” published in 1988, which interpreted tourism in the newly-independent Antigua as an extension of the colonial period. The book was banned in Antigua, and The New York Times reported that Kincaid “feared for her safety” in her native country enough to stop visiting.

If she wins the Nobel, it will be not a “safe” pick but a tribute to that daring body of work.

Could Black Jewish author Jamaica Kincaid be the next Nobel laureate?