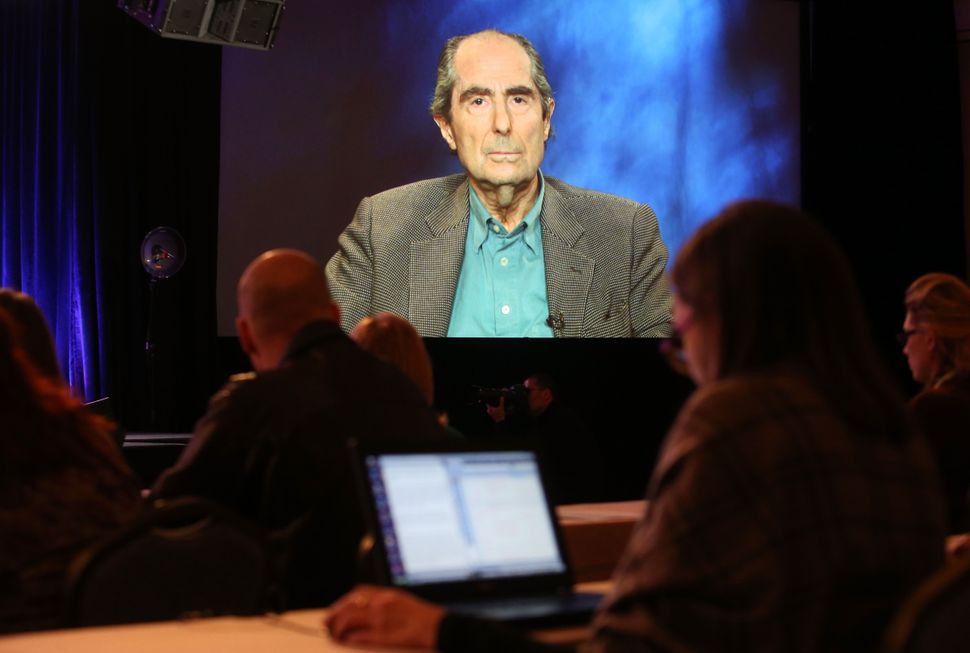 On Thursday the Swedish Academy will determine its newest Nobel Laureate in Literature. Until today, that precise conversation — had several years ago — was probably the last time anyone was comparing Joan Didion and Philip Roth’s literary legacies.

Enter a new, viral TikTok where a young woman has claimed, “Philip Roth is Joan Didion for people who aren’t secure enough in their masculinity to read Joan Didion.”

“Phillip Roth is JOAN DIDION for people not secure in their masculinity to read Joan Didion” is maybe the most accursed sentence of pure stupidity I’ve heard in a while pic.twitter.com/3qYi4S4hNu

The world of literary Twitter responded with a resounding: Huh?

I mean, I guess they both write in English?

It’s hard to see how Didion, celebrated for her essays and journalism that penetrate everything from the Summer of Love to shopping malls to American and (regrettably) Salvadorian politics, can be compared to Roth, primarily a novelist whose perennial themes are the Jewish-American experience, the male libido and the foundering American dream. I suppose they share that last one, but what great American writer doesn’t?

Forgetting their completely different backgrounds (opposite coasts; transient, WASPY Didion; rooted, Jewish Roth), forms (Didion has a few novels, sure, but she’s known for her nonfiction) and styles, it’s worth looking at how others have used their work to style themselves.

These two can often be found together on a certain type of bookshelf. Both are known for being wry and erudite. And while Roth always projected a kind of working-class attitude in his canon— as opposed to the glamorous Didion, who wrote Hollywood screenplays and tagged along with The Doors in between nursing migraines — both generated books that were prized as status symbols. The two were contemporaries, who both resented the society that was their widest readership. Both were published in the New York Review of Books. ‘Nuff said.

Except Roth should have the last word here, re: this TikTok that is, at its core, about projecting a certain kind of straight, Millennial, masculine intellectualism.

Asked about the success of his novel “The Plot Against America,” Roth told LitHub in 2006 that sales don’t influence his work or his view of his readers.

“It doesn’t change my opinion of the cultural facts,” Roth said. “If it’s this book or Joan Didion’s book that strikes the fancy of people, it doesn’t change the fact that reading is not a source of sustenance or pleasure for a group that used to read for both.’”